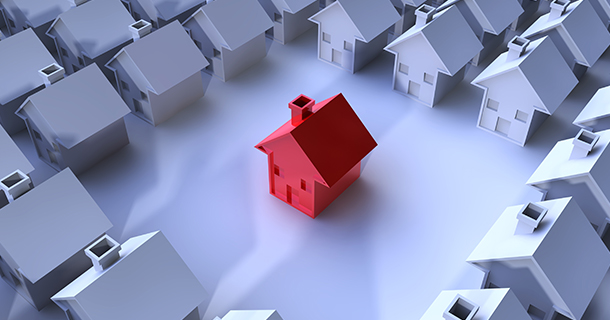 But that’s not the most startling part of the survey. It turns out that renters in smaller cities like Duluth and even housing boomtowns like Phoenix are frequently facing dire housing circumstances.

Nationwide, half of all renters pay more than 30 percent of their income for housing. And one-in-four pays more than 50 percent. For them, money that might have been spent on food, transportation, clothing, health care and more is now going to pay for what is, in many cases, aging, substandard apartments.

Here is the part that stopped me in my tracks: In all but three states more than 40 percent of renters are considered “rent-burdened.” (Wyoming and the two Dakotas are the exception). That translates to more than 21 million people across America struggling to find rental homes within their means.

For nearly two decades I’ve been working in and around affordable housing, currently for the Local Initiatives Support Corporation (LISC), a national nonprofit focused on revitalizing low-income neighborhoods. I have never seen a market this tight. All over the country rents are rising and incomes are falling. And that mismatch has accelerated an affordable housing crisis that had already been brewing for years.

The outlook is particularly grim for lower income renters, who are being priced out of developments and neighborhoods they could once afford. Neighbors who might otherwise have been homeowners are now turning to rentals in the wake of the recession. That increased demand is pushing those at the bottom of the economic ladder further and further from their hopes of decent homes. It will take a lot more than a recovering economy to help them.

To see the impact, take a look at Arizona. Statewide, there are only 18 affordable homes for every 100 people who are considered extremely low-income renters. And, Maricopa County, which includes Phoenix, needs to build 130,000 rental homes to meet the existing needs of residents earning less than 50 percent of the median income.

Val Iverson, executive director of the Arizona Housing Alliance, remarked recently that Arizona is second worst in the nation when it comes to availability of housing for its poorest renters, despite all that building. “Our broken housing market is unable to supply enough safe and decent homes for our most vulnerable families,” she lamented.

She is not alone in her concern. Head north to Duluth and you will find many of the same fears. Perched along the snowy shores of Lake Superior, the city is about as far from the desert sprawl of the Southwest as you can get. But its rental housing crisis looks remarkably similar. Vacancy rates in Duluth are in the 1-2 percent range, comparable to what renters in Manhattan face. And for rental homes affordable-to-low-income people, the rate is closer to zero.

The answer to all of this seems simple: build and preserve more affordable rental housing. And certainly we are. Just this month, LISC celebrated the grand opening of Urban Lofts on 2nd, a green, 70-unit development in downtown Phoenix for low-income families. And in Duluth, we joined the city and local nonprofits for the ground-breaking of the soon-to-be Steve O’Neil Apartments in the Hillside neighborhood. It will replace a half-block of vacant and blighted buildings with permanent supportive housing and emergency shelter beds, helping clean up one of the city’s most notorious crime hotspots with bright new construction.

Our support for these two developments is just a part of the $1 billion we invest in low-income communities each year, the lion’s share of which is focused on affordable housing development. It’s critical investment capital. But it’s not enough.

As a country, we have dug ourselves a deep hole on affordability. Existing HUD and tax credit programs fuel almost all of the new affordable housing built across the country and they are at risk. That’s especially true of the Low Income Housing Tax Credit, which helps finance more than 100,000 new units annually and creates tens of thousands of jobs along with them. Even with all of that, we are still only able to fill a fraction of the need.

Do we have the will, in this budget environment, to make affordable rental housing a priority? Can we recognize that this crisis is as much about economic mobility as it is about real estate? It’s clear from our work in hundreds of communities all over the country that we can’t lift economically-challenged areas unless we can build the affordable housing they and their residents need to flourish.

There is no ignoring the painful reality. Millions of people can’t pay the rent.