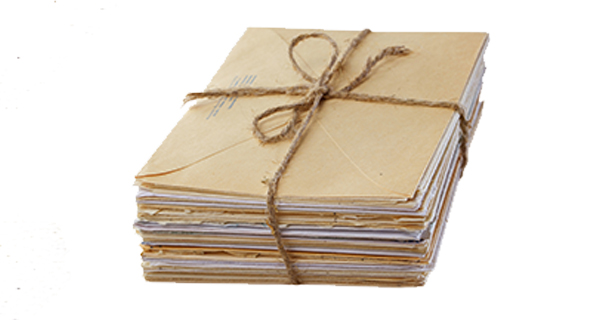 In the letter, Land and Buildings expresses its disappointment that BRE’s senior management failed to seriously consider its $60 per share offer. It addresses management’s failure to address the significant and persistent undervaluation of the company’s assets. Land and Buildings noted that its standing offer represents a 16 percent premium to the current market price of BRE’s shares.

We are writing to express our disappointment that it appears BRE Properties senior management has not seriously considered our June offer, on behalf of a consortium that would include Land and Buildings, to purchase BRE Properties for $60 per share.

We strongly disagree with management’s response that they believe it is better to remain independent rather than pursue a sale of the company. As such, we request that you form an independent committee of the board to pursue a sale of the company, and give serious consideration to our proposal. The company’s consistent underperformance and persistent discount to net asset value is best resolved through strategic alternatives.

The Land and Buildings team has a deep history as global real estate investors and analysts in both public real estate securities and direct property. For 13 years, I was a top ranked sell-side property equity analyst prior to which I was a public/private real estate investor. In such capacities I have been intimately involved with managements in most of the public REITs since 1992. I am currently CEO of Land and Buildings, a long/short investment firm that I founded in 2008 that invests in REITs and real estate related companies. We have known each other for over a decade, I have been involved with BRE Properties since the early 1990s, and I have worked with many of your executives and board members. We consider ourselves involved shareholders, not activists, and as such we seek, whenever possible, to work constructively with management and we regularly conduct significant analysis and due diligence on a company and its underlying assets.

As you may be aware, we have had numerous conversations with Connie Moore, CEO of BRE Properties, and other members of the management team over the last year. We have discussed strategic alternatives to address the significant and persistent discount at which the company’s stock trades compared to its underlying asset value, including recommending a sale of the company. We believe that the lack of confidence in the management of the company contributes to this valuation discount.

We have an intimate understanding of the Company’s business, its portfolio and the space in which it operates. As a result we made a proposal that we believe would provide BRE’s frustrated shareholders with compelling, immediate and certain value. Our proposal still represents a 16 percent premium to the current market price of the shares as of July 30th, 2013, and BRE continues to trade at a substantial discount to NAV since we first suggested in the fall of 2012 that BRE should seek strategic alternatives. BRE’s apartment communities should trade at 4.5 percent cap rate in the private market, as over the past 10 years, Class A/B apartments on the west coast in BRE’s markets have consistently traded at 4-5 percent cap rates. Instead, BRE today trades at an implied cap rate on 2014 NOI of 5.8 percent.

Based on conversations with both institutional capital and private operators, we identified substantial interest on the part of core real estate investors to own a high quality well located apartment portfolio in California. At $60 share price, 10-15 percent leveraged IRR’s are achievable and attractive and we are confident that the debt and equity financing is obtainable in a negotiated transaction.

Ms. Moore said on BRE’s fourth quarter earnings conference call that 2013 was a “transition” year for BRE and that “management and the board were willing to sort of wait to see how things” play out. Why should shareholders believe that waiting another year will produce results substantially different than the inferior results management has generated over the past 10-15 years? Time is running out as only 5 months remain in the company’s turnaround year and BRE remains at a ~30 percent discount to net asset value. The stock is only up 3.2 percent year-to-date, underperforming the REIT index by 520 bps, following a 2012 in which BRE returned only 3.7 percent, underperforming REITs by over 1,400 bps.

BRE’s operating performance over the past 15 years has materially lagged that of peer Essex Property Trust (NYSE: ESS; $164.05), who has a substantially similar asset portfolio, albeit older with lower average rents. Mismanagement, underinvestment and late implementation of revenue management that maximizes apartment rent by unit, location, and seasonality amongst other variables all contributed to this inferior NOI growth. ESS has returned 523 percent to shareholders since 1998 vs. 192 percent for BRE.

Poor capital allocation has also marred the record of BRE management. BRE ranks last among apartment REITs on Green Street Advisors’ (a leading real estate research firm) “Management Value Added” metric. The company’s net asset value has declined since 2006 while the company’s properties appreciated in value. The company’s largest development, the $277 million Wilshire La Brea community in Los Angeles, clearly illustrates the communication and execution errors that are endemic at BRE. The development is now expected to stabilize at a low 5 percent yield after initial communication of a 7.5 percent+ return, after opening years later than planned, with less units and with higher than expected costs per unit.

Given a long history of inferior operating performance and of destroying shareholder value, it is unlikely the Company will merit a valuation in the public markets in line with the value of its underlying assets even if its development pipeline creates value and NOI growth meets expectations. Management credibility lost over the course of a decade is not easily restored.

We look forward to discussing our analysis and our proposal to purchase BRE Properties for $60 per share with you and the entire board of BRE, which would provide BRE’s frustrated shareholders with compelling and certain value.