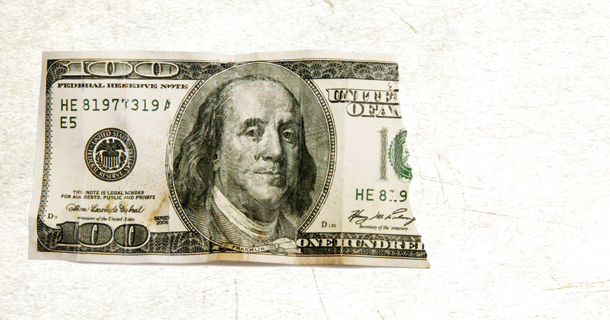 The 5th annual Energy Summit held at the JW Marriott in Washington, D.C. hosted and driven by NWP, was held in March and included utility and revenue recovery representatives from a number of the largest and regionally-significant apartment owners and operators in the country. They came together to get the latest recaps from top speakers including Michael Zatz, from the Environmental Protection Agency (EPA), Rich Tinker from the Climate Prediction Center and key note speaker, Joel Makower, an international expert on the business of sustainability from Greenbiz Group Inc. out of Oakland, Calif.

The primary focus of this year’s event was energy cost recovery, garnering return on investment from conservation, and dealing with impending legislation across the country.

Just a few highlights
Highlight 1: The business of green. Conservation must have strong ROI in order to be widely adopted making it effective by scale. Joel Makower, a well-known author and speaker from GreenBiz Group, headquartered in Oakland, Calif., proffers a strong case for leading with the numbers as the multifamily industry moves toward conservation and its potential economies. Already widely known in the single-family homes and corporate responsibility space, the potential fiscal value of conservation paired with a wide blue ocean of opportunity within multifamily made Makowers’ message timely: Conservation can deliver a return on investment (ROI). The ways and means is the question at large.

As keynote speaker at the Energy Summit, Makower charted a course on just how to make sustainability a competitive advantage. First, it’s important to know that sustainability has evolved greatly since, say, the 90s. The very concept has transformed from a separate, compartmentalized event, to becoming a necessary, even integral aspect of society and the way it conducts business.

This is seen in three positive trends: the stress nexus of food, energy and water; the new urbanism where Millennials and boomers are moving back to urban cores (if continued, half of those demographic segments will live in dense urban centers by 2030); and finally through the convergence of sustainability and technology. Clean-tech is where innovation is happening.

Highlight 2: Tinkering with drought forecasts. Metrologist Rich Tinker has studied drought conditions for decades. What began as a short-term project to study the drought of 1980s has unwittingly become a decades-long task. “Give me data and I can find drought patterns in anything,” says Tinker. Though its name and objectives have changed over the years, he has worked with the Climate Prediction Center, National Centers for Environmental Prediction (NCEP), National Weather Service (NWS), and National Oceanic and Atmospheric Administration (NOAA) for nearly 35 years.

Mostly Tinker says that the definition of drought is relative. Based on trends and historic patterns, it’s basically a break in what’s occurred in years prior. Simply, he says, it’s predicated on “some sort of precipitation shortage on some significant time scale (weeks to multiple years), and having an affect on something (impact).

With regard to agriculture, the definition of a drought depends on the aspect and the interest. California’s agriculture is a prime example. Don’t lock up because you don’t live in California. It’s about everyone in the country, even the world. California’s economy is the seventh largest in the world, and it is the fifth largest supplier of food including 86 percent of all lemons and 94 percent of all processed tomatoes. God bless Texas, but California’s economy is still twice the size.  Most importantly, California’s agriculture is in a fight for its life as record drought conditions have adversely affected production: January 2015 was the driest in California since record-keeping began in 1895.

California’s water reserves (lakes, snow levels, water table) have been in decline since 2002. Two-thirds of the water loss is  tied to farmers pumping the aquifer dry. To make matters worse, the wells that farmers have relied on in droughts past are running dry, or requiring deeper and deeper drilling.

The outcome not only affects California’s economy, an important U.S. food source, but it’s wreaking havoc with apartment owners by virtue of landscapes, shifting laws and property water costs that are expected to rise over 30 percent in the year ahead.

And as California goes, it is widely said, so goes the country. Tinkers position is simple. No matter what side of the coin you are on with regard to the global warming debate, California is suffering extreme drought conditions and there is no hint of a reprieve anytime in the near future. “Just what if it gets worse?” he asks.

As it stands, the state is not equipped to deal with a drought of much greater duration. The fines for water use that were of no consequence as recently as last year, are now costing apartment owners and operators in some areas as much as tens of thousands of dollars in fines and rate increases. What was a brief respite in expendable income for residents in the way of a drop in gas prices, is now being outweighed by a just-as-unexpected and equally as extreme increase in water costs.

According to Tinker, there’s not much in the way of trending that predicts relief.  There’s no significant rain in the forecast. Reserves are low. Water tables that once got Californians through tough times via wells are deeper and not replenishing.

This leaves apartment owners and operators in a precarious position, and even more so if water is still included inside their communities’ rents. Meanwhile legislatures are scrambling to curb use through restriction and exorbitant fines, neither of which contributes to a long-term solution.

The duo presented compelling case studies on one of their products, Utility Smart, and its alert management feature.

Inside a single billing cycle, one particular Utility Smart user received an alert that the water use on one of his properties had experienced a sudden and significant spike. With the information in hand, the property manager was tasked with the first line of discovery in finding any potential contributors to the sudden jump. It wasn’t long before the manager discovered that a resident had launched a car wash service at the back of the property.

Shuttering the enterprise in record time easily saved the owner thousands of dollars annually. The property’s water use was cut significantly by the next billing cycle, and continued to reduce to normal levels beyond that.

More typically the product quickly identifies water leaks and energy load waste, and the fiscal savings is significant, but obviously most profound in regions with high water rates. Another case study cited the rapid detection of a leak at “the building 6 meter.” Property management was alerted and its plumbers immediately stepped in to work with the city to determine if the leak was on the side of the property or the city. The average savings on these types of proactive alerts was estimated at more than $4 per unit per year across a typical portfolio. Fast resolution is the key here, and the means to mitigating both risk and unexpected cost.

The alerts have flagged everything from leaks related to meters, cracked ball valves, steam valves, large leaks underground near swimming pools, to dramatic main water line breaks. According to Dorando, one such alert set a fire-alarm-esque chain of events in motion that might have been catastrophic had the property manager and owner not been made quickly aware. Certainly it exemplified that, in the world of leak detection, time is money, and knowledge is a necessary investment.

Once notified, it took between 4 to 6 hours to locate the main water line break, shut the water down and repair the line at the affected property. During that time the breach was wrenching the properties’ water use by upwards of 200 gallons-a-minute.

“Leak detection, particularly in these times,” say Dorando, “is really not a choice. The truth is it takes very few of these incidents to make this service a net zero cost item.”