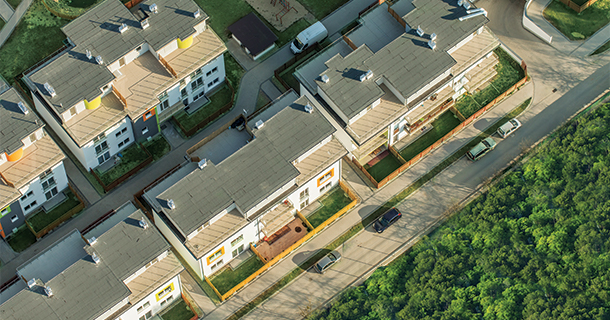 “It was on the one hand reassuring to know that we were both chasing the same opportunity,” said Hart, president and chief executive officer of closely held TruAmerica Multifamily. “On the other hand, it reinforced my opinion that large institutional real estate investors will be chasing yield far beyond the urban core.”

After years of clamoring to buy the most centrally located rental buildings in major urban centers, U.S. apartment investors are rediscovering the suburbs. Transactions for multifamily properties outside cities—often sprawling, garden-style complexes appealing more to families than urban-dwelling 20-somethings—are on the rise as an increase in construction slows rent gains in more central areas.

About 45 percent of AvalonBay’s under-construction developments are in suburban locations, while the pipeline of projects the firm has not yet started leans 75 percent in that direction, Breslin said in an interview. Apartment owners including UDR and Essex Property Trust are also predicting growth outside major business districts.

Blackstone Group, the largest private-equity investor in real estate, is building its own apartment company focused mostly on suburban areas where there hasn’t been much construction, betting on a shortage of housing supply. The New York-based firm agreed in January to acquire 36 low-rise multifamily properties across the U.S. for $1.7 billion, according to people with knowledge of the transaction.

Nationwide, purchases of apartment buildings outside the urban core climbed 8.2 percent last year to a value of $82.5 billion, according to New York-based property-research firm Real Capital Analytics In Boston’s metropolitan area, 95 percent of all apartment-building sales in 2014 occurred outside the city center, compared with 66 percent the year before, the firm’s data show. In Seattle, the share was 85 percent.

The enchantment with the suburbs is a turnaround from just a few years ago, when buyers and developers sought safe investments in downtown rental housing, banking on demand from 18-to-34-year-olds who would be seeking to rent in urban cores once the job market recovered. Across all markets, the number of renter-occupied residences grew by 2 million last year, according to a January report from the U.S. Census Bureau.

“Millennials are largely attracted to city centers,” said Douglas Herzbrun, global head of research at CBRE Global Investors. “Anywhere where you have a cluster of the kind of businesses that are growing today—creative and technology.”

Developers rushed to build multifamily buildings to capitalize on the demand, spurring a surge in supply that’s now keeping a lid on rents. More than 77,000 apartment units were added across the country in the past three years, according to Axiometrics Inc., a rental-data company.

Rents in urban core markets climbed 3.5 percent in 2014 from a year earlier. That compares with an increase of about 5 percent in suburban areas, Dallas-based Axiometrics said. The company defines urban core as areas in and near the central business district of each metropolitan market.

“It will be relatively more challenging for investors going forward in these core markets,” said Ryan Severino, a senior economist at property-research firm Reis Inc. “You look at the fact that rent growth in suburbs and central business districts isn’t that different and you combine that with that there isn’t as much development, then the suburbs are looking pretty good.”

While newly built urban complexes tend to have smaller units with a focus on such amenities as decks, spas and common areas similar to hotel lobbies, suburban apartments are often low-rise, surrounded by lawns and trees. They cater to tenants who seek more space at lower rents, and quality school systems for their children, according to Hart of Los Angeles-based TruAmerica.

For his company, the appeal of the property south of San Diego was simple math, Hart said. Rents in the suburban area are expected to climb a combined 12 percent this year and next, compared with a 5 percent increase downtown, according to data provided by Reis. TruAmerica, which owns rental properties in suburbs of Los Angeles, San Diego, Southern California’s Inland Empire and Denver, plans to make an offer for the complex when bids are due this month, Hart said.

Nationally, Household growth and rental demand will be greater in the urban core than in the suburbs over the next year, AvalonBay’s Breslin said. Yet that demand will be overshadowed by the high volume of supply coming to markets such as Boston, where rent growth in the city proper averaged 0.3 percent last year, making it among the weakest urban areas in the country, according to Axiometrics. In January, average rents in the city fell 2.4 percent from a year earlier.

“Even though there’s more demand there, supply is sort of swamping it at the moment,” Breslin said.

Later this year AvalonBay will break ground on a five- building rental community in Quincy, Massachusetts, about 10 miles outside of Boston. The firm is also constructing a 191-unit complex in the New York City suburb of Great Neck, on Long Island. The $79 million project will include a heated infinity pool and a landscaped courtyard off Manhasset Bay, Matthew Whalen, a senior vice president, said.

For Highlands Ranch, Colo.-based UDR, older apartments in suburban Seattle fared better in Q4 than assets in the city because they were “less exposed to new supply,” Chief Operating Officer Jerry Davis said on a Feb. 3 conference call. The real estate investment trust also expects Boston to have “supply pressure downtown,” with better performance in the suburbs, he said.

Essex Property, the West Coast’s biggest publicly traded apartment landlord, is betting on increased rental demand in the outskirts of the San Francisco Bay area. The Palo Alto, California-based company in August spent $150 million on the 366-unit Apex apartment building in Milpitas, an area connected by a light-rail line to downtown San Jose, about 7 miles away.

“A lot of people have been getting priced out of better locations, and as a result they are looking for good value at lower rents, and we believe they are finding that in a lot of suburban locations,” Chief Executive Officer Michael Schall said in an interview.

While TruAmerica is still interested in some downtown markets, such as Salt Lake City, the firm plans as much as 80 percent of its transactions this year to take place in suburban areas.

“Millennials who spend 40 or 50 percent of their income on rent in the urban core will get fatigued after a while,” Hart said. “That’s when the suburbs will start to look very attractive.”