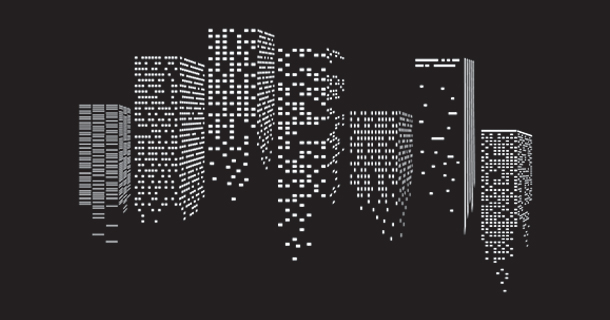 Rising rents and asset values are reinforcing the industry’s favored narrative: younger Americans will remain enamored of the flexibility of renting and the enticements of the urban environment, easily absorbing new inventory and buttressing multifamily prices.

As the narrative has evolved, from entrenched to inflexible, its unambiguous support from the data has also wavered. As it turns out, the young American who will resist moving to the suburbs, buying a car, and buying a house is doing exactly those things in greater numbers than the post-American Dream renter model allowed.

In 2014, the youngest Millennials moved out of primary cities in greater numbers than they moved in. Those erstwhile pedestrians bought more cars than their Gen X counterparts. Perpetual renters displaced all other demographic cohorts to emerge as the largest share of homebuyers.

Momentum by the numbers

Apartment fundamentals are undoubtedly on a tear, most notably in terms of rents that are rising faster than household incomes. Defying forewarnings that gains would moderate as new supply reached the market, the seasonal pace of rent growth has only quickened over the last year. Following a banner year in 2014, initial estimates from Axiometrics show national effective rent climbed at an annual rate of 4.9 percent in the first quarter—the strongest result for the winter season in nearly a decade. New properties coming to market have barely dented occupancy. Buoyed by strong absorption, the national occupancy rate for investment-grade assets remains within striking distance of the highs of the last cycle.

To be sure, some high-flying markets that attracted capital and new development early in the recovery have seen fundamentals lose momentum. Washington, D.C., is the leading exemplar amongst gateway markets; at the top end of the market, realized rent growth in the Beltway has not lived up to the projections embedded in recent years’ underwriting.

Elsewhere, lower oil prices or other macro shocks have weighed on local demand across property types—not just apartments. These are generally isolated and idiosyncratic cases when compared to the larger tally of markets where fundamentals are advancing at a brisk, ultimately unsustainable pace.

Investment and lending activity are tracking with the apartment sector’s robust fundamentals. Mortgage-financed property sales climbed nearly 9 percent during 2014, according to Chandan Economics, surpassing a pre-crisis peak north of $100 billion to set a new record high. Cap rates dipped below 6 percent nationally and, for institutional buyers in primary markets, fell below 5 percent with increasing regularity. Debt yields for the largest and most actively contested properties declined to a historic low of 7.2 percent, reflecting an average cap rate of 4.9 percent and leverage of just under 70 percent.

Lenders have lined up alongside investors to facilitate aggressive bidding for properties. Multifamily mortgage debt jumped $64 billion in 2014, up nearly 7 percent from the prior year. By the Federal Reserve’s tally, net bank lending for multifamily increased by $38 billion, dwarfing increases of less than $3 billion for life companies and just over $1 billion for mortgage REITs. Mortgages held by the government-sponsored enterprises declined over the year, reflecting a shift toward securitization and a $24 billion net increase in agency mortgage-backed securities.

New lending has diluted the residual pool of legacy distress. Aided by adverse selection into CMBS, default rates for agency loans never ballooned during the crisis. By the end of 2014, default rates for banks’ multifamily mortgages had fallen to 0.4 percent, the lowest level since 2006; multifamily real estate owned by banks fell below $500 million. Restructured loans once again in delinquency or default declined to $342 million.

Rising fundamentals, higher prices and the market’s saturation with equity and low-cost debt are breeding a level of investor complacency that begs for comparison with the housing boom of 2005 and 2006. Blunting concerns about new supply, many investors ignore that multifamily construction starts jumped 16 percent in 2014 and that, by extension, the largest wave of completions is yet to come. More troubling, the rationalizations for pricing behavior bear a striking resemblance to the now decade-old discredited arguments for why single-family house prices would never go down.

The most recent data on space demand do not substantiate the perfect alignment of apartment circumstances proffered by so many investors. Critical to that alignment is the argument that both Millennials and retiree households are demonstrating a clear preference for amenity-rich urban settings, that renters-by-choice are not simply delaying opportunities for ownership but have substantially reassessed their long-term preferences for housing tenure. But a variety of data and survey evidence tell a different story, where the propensity to rent or buy is more fickle than fixed as affordability wanes.

Calling into question the most closely held tenets of the apartment thesis, the data show a more balanced picture in households’ preferences for renting and owning and suggest a significant cyclical element to housing’s protracted weakness. Most recently, Census data on geographic mobility within metropolitan areas shows that migration between primary cities to their suburbs still favors the latter.

In 2014, households showed net emigration from principal cities to suburbs across all levels of educational attainment, marital status and age cohorts. The pattern was most pronounced for younger households. Those same households, central to the rental demand forecast, now represent the largest cohort of homebuyers.