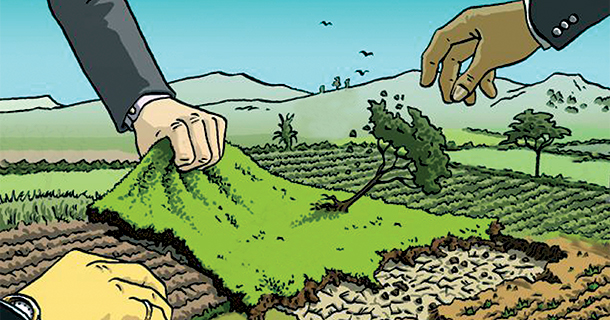 That is until they learned that zoning changed during their ownership, recategorizing their parcel as wetland, and making it of no market value. Still, a grandfather clause protected lots prior to 1976, as was their lot. But only if the lot “is in separate ownership from abutting lands.” The problem is that the Murrs own the abutting land. Now what?

The Supreme Court announced that it will hear the Pacific Legal Foundation (PLF) property rights case, Murr v. State of Wisconsin and St. Croix County, which deals with the question of what constitutes a relevant parcel, and determining whether a restriction on the use of property violates the Fifth Amendment’s Takings Clause.

PLF attorneys represent the Murr family who have been barred from developing the vacant lot they own because they happen to own a neighboring lot, already developed.

The Murr case joins another PLF case for property owners’ rights—U.S. Army Corps of Engineers v. Hawkes—which the court has also accepted for hearing this term.

“This litigation asks whether government can tell property owners, the more land you own, the less we’ll allow you to use,” said John Groen, PLF attorney.

“We’re challenging a practice that is all too common among land use regulators, where they tell a landowner she can’t use her property, based on that she also happens to own a neighboring parcel. In other words, bureaucrats will treat two, legally distinct parcels, as if they were one unified parcel, so they can prohibit all development on one of the parcels without providing compensation as required by the Fifth Amendment.

“As we will argue to the Supreme Court, this kind of regulatory sleight of hand cannot be permitted if the Constitution’s Takings Clause is to be respected.”

The Wisconsin Court of Appeals proclaimed a “rule that contiguous property under common ownership is considered as a whole regardless of the number of parcels contained therein,” and insisted on considering the Murrs’ two lots as a single entity.

“This case offers the Supreme Court an opportunity to address one of the major recurrent issues in property law, called the relevant parcel question,” said Groen. “The Fifth Amendment’s Takings Clause requires compensation when government prohibits all economic use of private property. The Supreme Court has previously stated that courts must consider the ‘parcel as a whole.’ The ‘relevant parcel’ question asks: What is the whole parcel?

“In the Murrs’ case, the government argues that the whole parcel is both of their lots,” Groen continued. “Can government forbid the use of a separately created, legally distinct residential lot, and get away with paying no compensation, just because the adjoining lot is already developed and happens to be owned by the same family? By accepting this case, the Supreme Court has an opportunity to make it clear that government can’t cut off landowners’ constitutional rights based on how much land they own.”

“This case has broad implications, because the Murrs are far from alone in confronting this issue,” Groen said.

Excerpt: Charles B. McFarland is an attorney specializing in executing eminent domain.