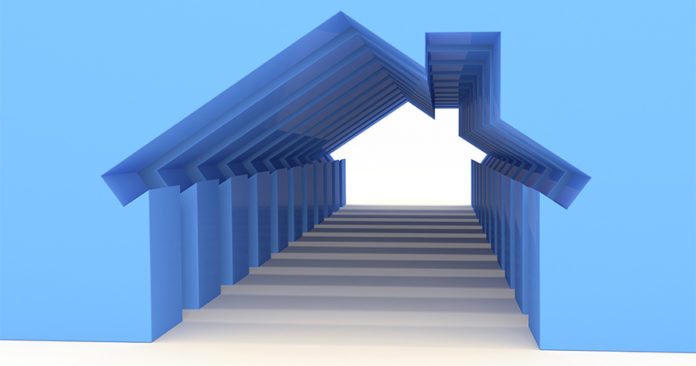 The lack of market rate supply contributes to high prices that puts market rate housing out of reach, and as long as that problem goes unaddressed, more and more subsidies will need to be wrung out of funding sources already spread thin. Affordable housing advocates need to start calling for fewer rules and regulations that slow the production of market rate housing and add costs to subsidized housing as well.

Generally speaking, affordable housing is the term used for housing built for people who earn 60 percent of area median income (AMI) or less. Usually these units of housing are paid for through the Low Income Housing Tax Credit (LIHTC) program and various other local subsidies. The threshold for affordability has been arbitrarily set by the Department of Housing and Urban Development (HUD) by a normative standard that a unit is affordable if it is priced at 30 percent of a household’s gross monthly income or less.

The National Low Income Housing Coalition (NLIHC) wants the federal government to “increase its investment in housing in order to produce, rehabilitate, and/or subsidize at least 3,500,000 units of housing.” That means, “at least $5 billion a year, with a goal of $30 billion a year for 10 years.” That would be $300 billion in a decade. But is that number too low?

Based on a report I wrote about last year, in California the average cost of a subsidized unit is about $288,000. Even if those 3.5 millions units cost half the California average, that still would be $500 billion. While unit cost for housing varies widely be geography, most estimates for market rate housing in a city like Seattle are in the $150,000 to $200,000 range. And as the California report points out subsidized housing costs more to produce. One project in Seattle, 12th Avenue Arts, had a $47 million price tag for 88 units, about $500,000 per unit.

It’s been well researched and established that regulations, rules and public process in land use and zoning codes contribute to the costs and thus the price of housing. The California report found that, neighborhood opposition, design review, and parking requirements drove up costs and limited production. The study also found that dense projects with more and smaller units are also less costly per unit to build.

All of these things are true of market rate developments, but those projects can only off set additional costs one way: higher rents. And subsidized projects also suffer with even more unique onerous rules to follow imposed by funding sources. But why aren’t affordable housing advocates prioritizing lowering these costs by pushing for elimination of costly rules but instead only asking for more money to pay for those costs?

In fact, when the NLIHC last touted its annual Out of Reach report, it made the following argument: housing is out of reach, workers making the federal minimum wage would have to work 90 hours a week to pay for housing, therefore we must spend more money on subsidies for very expensive non-profit housing development. No argument is made for upward mobility for workers, reductions in costly regulation and processes that push up costs or more over all housing supply.

And as housing prices rise in the market because of lack of supply, the gap between what people earn and what they can afford to pay for housing widens. It’s in this way that affordable housing advocates are making their own mission harder to achieve. When they don’t argue for cities to lower self imposed costs and for more market rate supply that would have an ameliorative impact on overall price, they are increasing the need for more subsidies.

In Seattle’s case this leads to the strange and counter productive effect of affordable low-income advocates and housing developers to arguing for more regulation and burdens in the form of Mandatory Inclusionary Zoning (MIZ), a scheme that allows some increases in square footage for market rate housing but with fees or the requirement to forgo rent revenue in some units. Where would these cost-increasing, supply-lowering fees go? To pay for more subsidized low-income housing.

Buffering the poorest families from the impact of high housing prices in the market will always require some subsidy for capital investments in building housing. But when affordable housing advocates ignore costs and actually push for measures that lessen supply and increase costs they only make things harder for the people they claim they want to help, pushing those people into needing a subsidy that they wouldn’t otherwise need which then inspires the advocates to ask for more money. It’s a vicious cycle. The real answer is a collaborative effort among all housing producers in increase the production of all housing by lowering regulatory barriers not adding more.