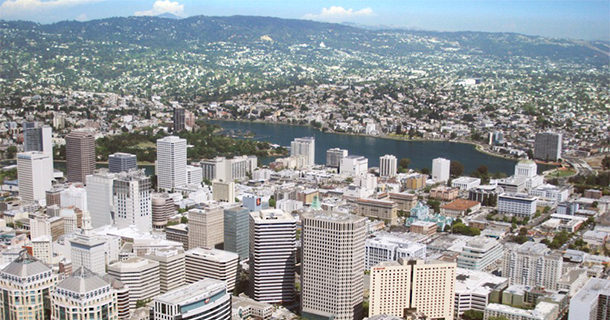 I was sitting in his office as he recounted the secret of life. It was 2005 and we spent the next two hours talking about everything from his theory of successful urban planning to Mother Theresa.

I remember a lot about that meeting. First, for all his zaniness and rigid ideologies, Jerry Brown had done at least one really amazing thing in his life. He transformed the blight of Downtown Oakland, California, into a vibrant city by the Bay. A lot has happened since then, but for a moment, Downtown Oakland, a place no one would go except for a drug deal, was changing for the better.

Secondly, and probably most surprisingly, he used private enterprise, yes, developers, to do it. I watched Forest City, Signature Properties and others make downtown amazing. Calling it his 10K Project—he set out to draw 10,000 new residents to fill Oakland’s blighted and abandoned downtown—he cut generous deals with developers, streamlined the process and steamrolled city officials and bureaucrats who came between him and the needed approvals.

Of the 6,000 units needed to draw the desired infusion of residents, fewer than 4,000 were completed and the remaining 2,000-plus were approved, yet stalled out in the recession. But the wheels were already turning and the transformation was obvious.

Fast forward to the present and the federal agency we know as HUD. Nearly 75 percent of HUD’s $47 billion annual budget goes to rental assistance, the majority of which is resident-based versus public housing. The population threshold—200,000—for receiving HUD funding is why it generally targets inner city and infrastructure revitalization.

In 2016, 26 percent of households receiving housing assistance drew most of their income from wages, four percent from welfare and 66 percent from other sources.

Certainly, the breadth of HUD is far-reaching. When it does build, it does so through grants, and distributes funds to state and local governments for construction and maintenance.

As Ben Carson edges closer to becoming secretary of the Department of Housing and Urban Development, his overarching directive has been framed. Trump’s Plan for Urban Renewal, reminiscent of Jack Kemp’s Enterprise Zone, promises to launch the rebuilding of inner cities in collaboration with private enterprise. It seems that “what’s different” is to work directly with developers versus local and state governments. While intention lies only in the heart of the architect, the plan seems to pull back on bureaucracy to let developers develop. It also removes the government as direct financier and operator.

On the campaign trail last year Carson said that Trump would “encourage entrepreneurial risk-taking and capital investment” with regard to revitalizing inner cities.

The 10-point Plan for Urban Renewal offers a number of incentives to stimulate urban core growth including tax credits, capital gains exclusions, regulatory relief, employee training, and low interest loans to attract investment into areas that would otherwise be overlooked.

A decade ago Attorney General Jerry Brown had his eye on another term as California’s governor. Oakland was his proving ground and a chance to showcase his ability by turning Oakland’s inner city blight into a vibrant, livable place.

When his future hung in the balance, even the ultra liberal governor knew the power of private enterprise and called in developers to get the job done.

From the 10K Project to the 10-point Plan, hope is in the air. There are many whose future hang in the balance.