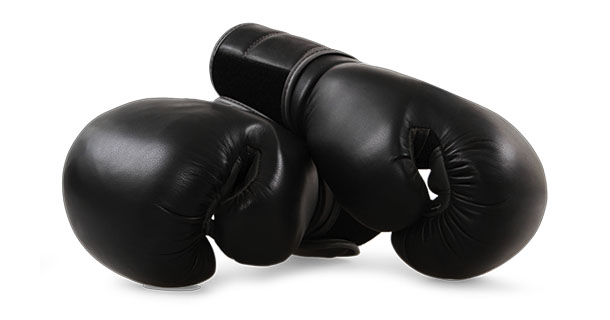 I recently stood in front of an executive team, allowing their unproductive to-ing and fro-ing to continue a little longer. It was a gold mine of examples I could use to teach them how not to have conflict.

Within 10 minutes, they’d managed to take a routine issue and turn it into yelling, swearing and more than a few hurt feelings and bruised egos. They had failed to get to the root of the problem and get aligned around what they were going to do about it.

Although productive conflict is a hallmark of high-performing teams, many struggle to communicate dissenting opinions without triggering resistance and defensiveness. They fall into unproductive conflict by invalidating one another as they argue.

After someone speaks, you make no reference to what she said, instead jumping straight to your counterargument (or going off on a complete tangent). Your points become more polarized as the conversation goes back and forth. Maybe you question your coworker’s motives or his relevance, competence, or preparation. Or you use a passive-aggressive approach turning your body away from the person and toward the others in the room. Those behaviors send the signal that you don’t value what your coworker has to say. You are invalidating him.

It may be difficult in the moment, but if you can validate your teammate’s perspective, expertise, and feelings, you will keep the conflict focused on the issue, avoiding the pitched battle that comes when you intentionally or inadvertently invalidate someone.

When you’re in the middle of conflict, how you can validate the person you’re trying to discredit is probably the last thing you’re thinking about. Rather, you’re likely sending strong signals that you don’t value the person. You’re not modeling openness and curiosity; you’re retrenching and focused on proving that you’re right.

How does this happen?

First, in service of our jam-packed agendas and back-to-back meetings, we often rush conflict. The more rushed we are, the more directly we get to our point and the less likely we are to use time to reiterate someone else’s perspective.

Second, we’ve created organizational cultures focused on producing results and along the way we’ve devalued empathy. We reinforce people who drive projects through (even when they drive them through other people).

Third, we feel exposed in the face of opposing perspectives. As we worry about the merits of our arguments, we find it safer to shut down the debate than to leave room for a dissenting opinion. Finally, we’re human, and we still strive to be understood before seeking to understand, even 27 years after Steven Covey warned us about doing exactly that.

Notice that I didn’t include more sinister motives among the reasons for invalidating your coworkers in conflict. It’s not that everyone has good intentions—it’s that the vast majority of people do.

The more likely reason you invalidate a coworker’s perspective is because you don’t want her to slow you down or to show you up, not because you’re trying to take her down.

Is there a better way?

Validating someone you’re arguing with simply means giving credence to the debate and to the debater. Rather than negating the other person’s perspective, you accept two things: 1. it’s valuable to hear different perspectives and to ensure the team is thinking an issue through fully, and 2. the person you’re arguing with is adding value by presenting a unique point of view.

The minute you accept that the conflict is productive and that the person you’re in conflict with is worthy, the nature of the conflict will immediately change for the better. The tone will improve as the conflict becomes centered on the ideas rather than the individuals who are presenting them.

Small changes in the language you use will demonstrate that you value the other person and her perspectives.

—I think this is a really important issue that we need to talk through openly.

—Thanks for raising this issue. I’m uncomfortable with where we’re heading and would feel better if we could talk it through as a team.

—I think it took guts to put that on the table. I respect that.

—You come at this from a very different perspective than I do, so it’s natural that we see it differently.

You can also validate someone by repeating back to them what you heard them say:

—From your perspective, this is about (topic).

—What you want us to factor into the plan is (thought).

What I heard you say is (thought); is that accurate?

The important thing is that your words and body language demonstrate that you value the conflict and the person involved. That doesn’t mean you agree with his point. It does mean that you’re listening and adapting what you think based on his contribution.

The next stage is to pivot the conversation to introduce your perspective. Any of the above options makes redirecting easy:

—I think this is a really important issue that we need to talk through openly. Here’s how I’m thinking about it…

—Thanks for raising this issue, because I’m uncomfortable with where we’re heading. My discomfort stems from…

—I think it took guts to put that on the table. I respect that, so let me reciprocate. Here’s what I’m thinking but not saying…

—You come at this from a very different perspective than I do, so it’s natural that we see it differently. My perspective is based on…

—What you want us to factor into the plan is (perspective). I don’t see it that way. I think __. That might be because I…”

“What I heard you say is __; is that accurate? Now I want to make sure you’ve understood my perspective so we can work toward a solution.”

If you go first in validating the importance of the debate and the value of the person you’re debating with, you will reduce defensiveness, keep things issue-focused, and greatly increase the speed with which you get to a mutually agreeable solution. Give it a try in your next argument.