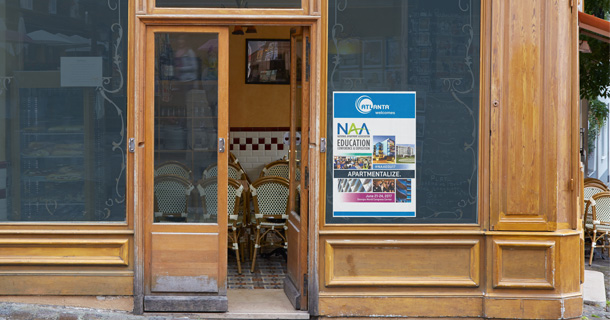 Year after year, apartment professionals gather, catch up on news, meet with old friends and make new ones. NAA’s conference every June, for as long as most of us can remember, is a guidepost to countless lives, in and out of the inner circle that is the livelihood of so many.

This annual event, with the assuredness of a sunrise, has become the measure by which we remember life events (the NAA we all learned Michael Jackson had died) and recall just how interwoven multifamily housing is to our economic stability (In what city was NAA when Archstone sold to Tishman Spier?)

In 1939, NAA began as a group of friends and that part of the story really hasn’t changed. Long before it was an educational conference (1988) or the precursor to Units, Apartment Profits, was launched (1977), there were larger than life personalities and bigger than Texas passions that formed the organization that was, and is, the “backbone” of this great country.

After all, NAA members are a rare and noble group of the bravest cowboys who ride all manner of economic cycles—from the very good to the very bad. And it’s moments like NAA in June, where the best stories are told—and new ones are made. It’s the story-telling that makes every NAA conference great. The history and breadth of those who have gone before us, has made the organization the pillar it is today.

Moving this history into the next generation is just as key as is the next big thing in operational efficiency and profitability.

With over 60 sessions, and 1,100 supplier booths, the newest insights for boosting profitability are available to multifamily owners and operators. We turned the page with new President and CEO, Robert Pinnegar taking the helm with opening remarks. The event was energized with a star line up and the biggest and the best trends rocking apartment operations today. All in all, “Good Morning America” co-anchor Robin Roberts nailed it.

As a tribute to the many who have set the stage, creating the institution that is the National Apartment Association, we’d like to honor those lives and voices who helped build an association for the ages. One specifically for apartment owners, the landlords, the voice of greatness and purveyors of home to millions.

Our deepest thanks to one and all. It is a very good thing you have built here. Very good, indeed.