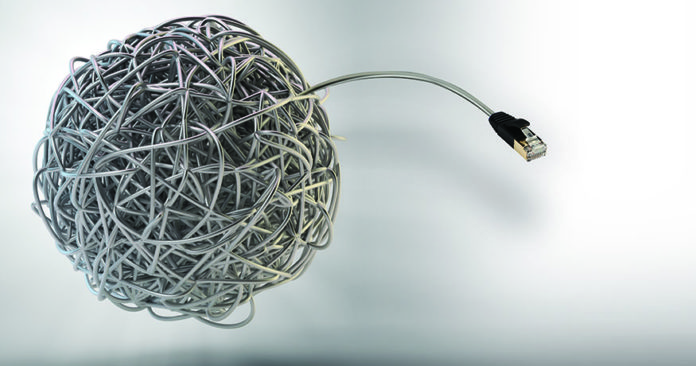 In fact, multifamily industry groups warn that the FCC’s investigation into the best ways to promote competition among broadband service providers and renters’ access to service providers could have an adverse effect.

It’s no secret that technology, especially high-quality internet service, is critical to attracting and retaining residents.

According to the National Multifamily Housing Council (NMHC)/Kingsley Apartment Report’s most recent survey, 94 percent of respondents ranked high-speed internet service as the top amenity renters look for when hunting for an apartment.

Based on findings like these, multifamily property owners have invested in the technology and infrastructure to meet the rising connectivity demand of their residents, leading to higher-quality service and a choice of providers.

In a December 2016 survey commissioned by Comcast’s Xfinity Communities, a division of the cable giant dedicated to multi-unit assets, 82 percent of respondents said they install the latest technology to future-proof their apartment properties. Sixty percent said they plan to make energy efficiency improvements this year and 30 percent believe high-quality communications services boost property values by at least 20 percent.

But the possibility of new regulations on state, local and federal levels could dampen future multifamily investment in broadband and cause harm to those who have already invested in providing their customers with better and faster service, say industry insiders.

The FCC’s notice into the market for broadband in commercial and residential multi-unit properties seeks input on questions about issues apartment insiders thought were resolved in 2010.

The impact of state and local regulations also fall within the purview of the notice, which discusses preempting local rules that “may expressly prohibit or have the effect of prohibiting the provision of telecommunications services” in multi-tenant properties. The FCC is not certain it has the authority to tackle local regulations, but is seeking remedies it might pursue if the issue has become a barrier to competition. 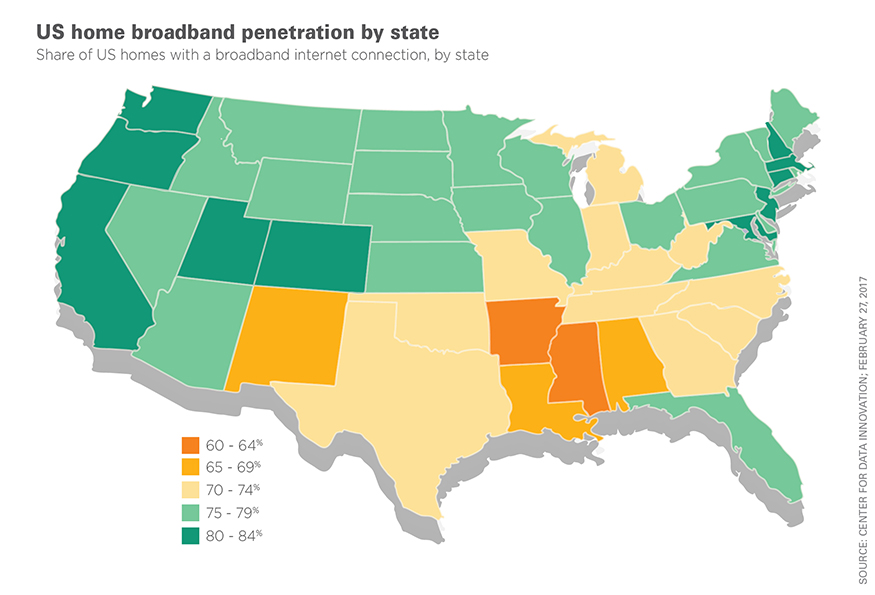 The notice follows on the heels of a petition filed by the Multifamily Broadcast Council (MBC) asking the FCC to preempt a San Francisco mandatory access ordinance enacted in 2016.

Known as Article 52, the ruling affords residents of multi-unit properties the right to request service from any broadband provider and forces landlords to give internet providers access to the existing wiring within their buildings. It also negates any previous exclusive or bulk billing contracts between service providers and property owners.

Article 52 was promoted as pro-consumer and pro-choice, but the MBC, a lobbying group representing competitive broadband providers to the multifamily industry, argues that it negatively impacts apartment owners’ ability to manage broadband and communications services at their properties and lessens rather than enhances competition and service quality to residents.

The MBC claims Article 52 is a give-away to large well-funded companies because it disallows the voluntary contracts that have become preconditions that smaller entrepreneurial start-up firms must meet to secure the financing they need for wiring and infrastructure build-out.

In order to secure funding, these smaller, less-capitalized firms typically must provide their lenders with some assurance of future success, usually by hammering out agreements with property owners that grant the provider undisturbed use of the owner’s inside wiring or a bulk billing arrangement where the property owner purchases internet service from the provider at a steep discount to retail pricing and, in turn, provides it to all tenants as an amenity.

The MBC specifically points to Google, which recently acquired San Francisco-based, high-speed internet provider Webpass to expand its reach into cities across the nation. Webpass coincidentally was a primary proponent of Article 52.

The FCC’s NOI was in part a response to the questions raised by MBC’s petition and comments from both sides of that local issue.

The FCC received dissenting comments about the petition from broadband trade organizations ITTA and INCOMPAS, both representing network providers who seek competitive advantage against incumbents. INCOMPAS alleged that agreements granting exclusive access to inside wiring hinders competition among providers.

They point to Section 76.802(a) of the FCC’s rules, which says that once a customer ceases purchasing service from a provider, incumbent cable operators are required to make unused wiring available to other IPSs before removing it.

INCOMPAS asserts that building owners make an end-run around this requirement by purchasing the inside wiring and then leasing back the idle wiring exclusively to the contracting cable operator, leaving competitors with the choice of installing duplicate wire or not serving the building at all.

In response to INCOMPAS’ assertions, the FCC sought comments on the prevalence of those types of exclusive agreements and their typical terms, asking for specific examples of how, if at all, the provisions affect broadband competition.

FCC scrutiny extends to revenue-sharing agreements in which Internet Service Providers (ISPs) pay a door fee to building owners in exchange for access to their property. The NOI asks if these agreements are questionable even when they are not exclusive, and whether they raise the cost of service to the end user.

Meanwhile, the NMHC and other industry advocates support the MBC’s petition in urging the FCC to strike down Article 52 and stop similar efforts underway in California and other locations.

They contend the ordinance conflicts with the FCC’s existing regulations governing inside wiring, network sharing and contracts for broadband service to apartment communities and that it is federally preempted.

The issue was discussed at length during a session at the NMHC’s Op Tech conference held in Las Vegas in October. 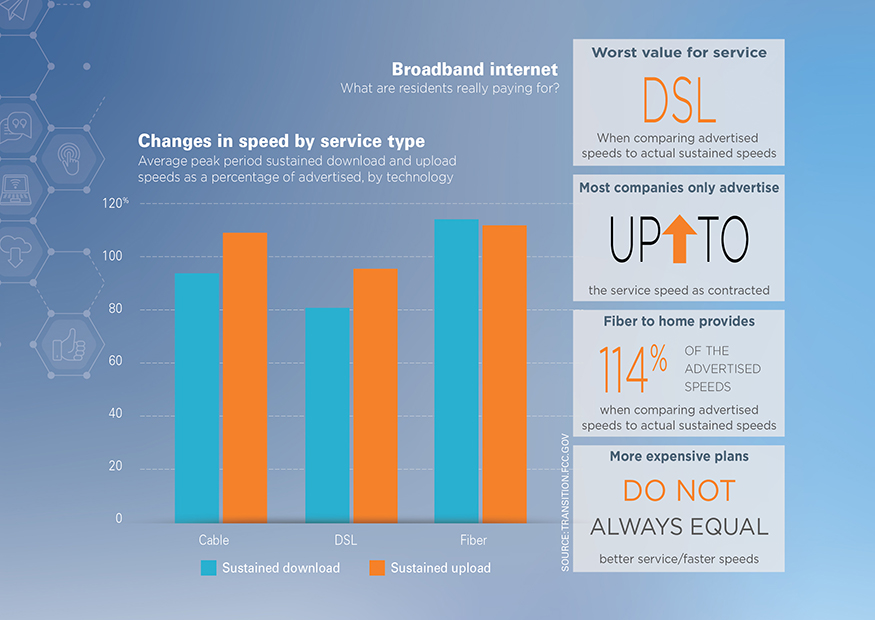 Included in the FCC’s notice is a history of the commission’s regulations that relate to exclusive wiring arrangements and bulk billing contracts.

The FCC outlawed in most cases exclusivity agreements between landlords and service providers in 2008, after concluding they inhibit competition.

But, while cable TV companies were barred from entering into or enforcing these types of deals, the rules imposed requirements only on carriers, not building owners. The ruling also established a loophole. If the property owner owned the wires, they were free to establish an exclusive deal with an ISP.

And, while the 2008 rules apply to the ability of competing ISPs to serve customers inside multi-unit buildings, they don’t cover exclusive marketing or bulk billing arrangements that might favor incumbent ISPs without shutting out other providers.

When the FCC took up that issue in 2010, it decided to allow bulk billing, “concluding that such arrangements predominantly benefit consumers through reduced rates and operational efficiencies and by enhancing deployment of broadband.”

The commission also declined to prohibit exclusive marketing inside multi-unit buildings, finding no evidence “that such arrangements significantly hinder or prevent” competition.

But these issues are on the table again with the FCC seeking comment on whether new circumstances warrant revisiting its prior decision not to take action against incentives, contracts and bulk billing arrangements.

The NMHC points out that bulk billing agreements help lower costs to renters, which is one reason the FCC did not disallow them in 2010.

And, says the NMHC, by allowing competitors into a building to use wires that they have no investment in dis-incentivizes providers from making deals with property developers during an apartment community’s critical construction period, when financing is negotiated based on projected property performance.

Moreover, providers and owners may be reluctant to make investments in broadband if another company can come in and cherry-pick customers, most likely going after residents in top-tier communities and ignoring Class B and C properties.

Comments by the National Apartment Association (NAA) focus on the role of the building owner in obtaining low-priced, high-quality services for residents, and emphasize that more than one provider already serves most apartment buildings.

The NAA argues that communications services are valuable building amenities that help properties compete for residents, based on the existence and quality of those amenities.

The NAA also notes that, in the past, the FCC ruled that statutes granting communications service providers forced access to tenants are anti-competitive and that the San Francisco ordinance has the same effect.

And most believe that with so many hands touching the wiring, anarchy could result because no one would know who to blame if or when a wiring problem occurred.

Most Op Tech speakers agreed that Article 52’s most contentious aspect is the technical and operational challenges associated with the use of a single facility by a number of providers, making the ruling virtually unfeasible.

Complicating the issue further is Chairman Pai’s request for comments on the potential impact of a proposal to reclassify broadband as an information service rather than the communications service it is classified as today.

The time for open comments with the FCC ended on July 24 and reply comments were due by August 22. But NMHC General Council Betsy Feigin Befus said the issue isn’t likely to be settled this year, either regarding the MBC petition to preempt Article 52 or the decision to revisit FCC decisions on incentives, contracts and bulk billings.

With the San Francisco ordinance still in place and the notice on going, the future of broadband in multifamily remains uncertain. The NMHC vows to continue advocating for the apartment industry’s interests and educate the FCC about the multifamily broadband market. 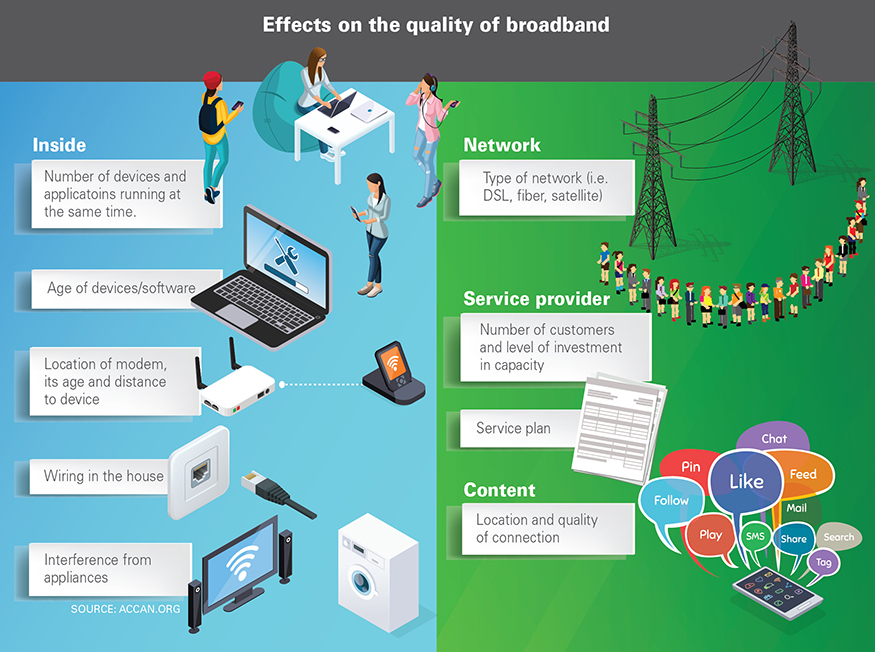