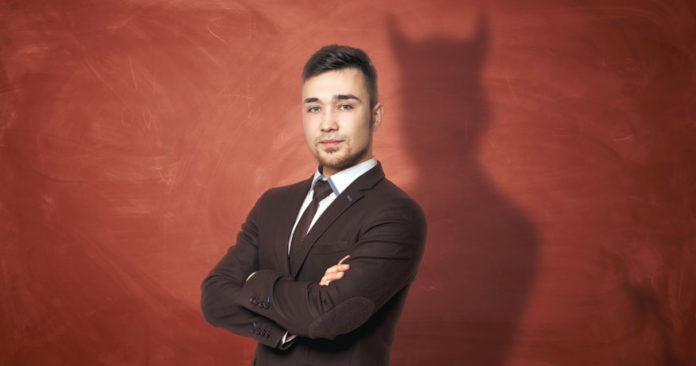 If you’re struggling with the effects of your boss’s toxic personality, you aren’t alone. According to Mental Health America’s examination of over 17,000 employees across 19 industries, 64 percent of employees don’t feel their boss provides them adequate support, and another survey found that 44 percent of employees have left a job because of a bad boss.

While there are many ways to be a bad boss, one of the trickiest for employees to cope with is passive aggression.

There are many different types of passive-aggressive behavior. Some managers may limit access to needed information or be excessively controlling. Others may pit employees against one another, give you the cold shoulder when you disappoint them, or be chronically indecisive.

Reporting to such a leader can take a costly toll on you both on and off the job. But your boss’s limitations shouldn’t completely dictate the degree to which you are able to contribute and thrive in your job.

Here are three strategies to attend to your own emotional and psychological health even when you have a boss who may not be attending to theirs.

One executive I worked with reported to the head of their North America region, who played the “I know a secret” game, alluding to things he was privileged to know that my client wasn’t. As is the case with most passive-aggressive people, this was an elaborate form of evasion of direct conflict.

This left my client no alternative but to acquiesce to his boss’s preferences on any given decision. I coached my client to ask early on, “Do I have all of the information I need to make this decision or is there information you have that could change my options?” This question forced the boss to either own the decision from the outset or free my client up to make the decision.

Rather than feeling blindsided, limit your boss’ ability to make passive-aggressive choices at critical moments by setting parameters and clarifying expectations in advance of those moments.

Don’t stoop to their level

When your boss employs passive-aggressive behavior, no doubt you’ve been tempted to return the favor. If your inquiry about their obvious cold shoulder has been met with, “No, nothing’s wrong, I don’t know what you mean,” you’ve probably at least entertained the idea of being curt and emotionless right back.

But that doesn’t work. Similarly, if you feel your boss has taken undue credit for your work, don’t take the bait by going around the office privately letting others know it was really you who deserves it. Chances are they already know. You get far more respect by being the bigger person.

There are several problems with lowering yourself to reciprocal passive aggression.

First, it only reinforces your boss’s behavior by legitimizing it. Once you stoop to their level, you’ve colluded by creating an unspoken contract for how you intend to manage conflict with them and using a more direct, mature approach later then becomes inordinately difficult.

Second, you’re likely to contradict your own values by behaving in ways you clearly don’t respect. Don’t presume your boss is aware of, and even being intentional with, their behavior.

More often, passive aggressiveness is an unconscious response to anxiety or a perceived threat. At their core, these bosses tend to be lonely, deeply insecure, and perpetually anxious. As best as you can, adopt a compassionate rather than angry posture toward them.

Directly confronting a passive-aggressive boss is rife with risk. You’re directly challenging someone who has made clear they don’t want to be direct and has disproportionate power over your life.

I saw this go sideways once when a fed-up leader said to her boss, “Don’t think for a minute I don’t see what you’re doing here. I know for a fact you didn’t forget about the meeting because I saw you write it down. Your passive-aggressive BS isn’t fooling any of us.”

Those in earshot of her confrontation gave her high-fives for putting her foot down. A week later she was fired.

There are effective ways to raise your concerns without triggering the behavior you’re trying to eliminate. While it may feel imbalanced, going the extra mile to make the relationship feel safe for your boss can have long-term benefits.

Those inclined to employ passive-aggressive behavior tend to do it less when they feel greater degrees of trust with others so try to be non-judgmental and matter of fact.

I saw this masterfully done when another person confronted her boss this way: “I’ve noticed in our last several meetings you’ve made sarcastic comments about my work, and I can’t tell if you’re just being funny, or if you actually have concerns about the quality of my work. I didn’t give it a thought after the first time, but now that it’s happened a few times, I just want to check in with you. If you have ideas on how I could improve, I’d really love to hear them.”

She gave her boss the benefit of the doubt. She didn’t make it about her hurt feelings but rather about how she could improve. Her boss actually stepped up and said, “Yeah, sorry about those—I probably shouldn’t do that. But since you asked…” And he went on to give her constructive input that she hadn’t considered.

It may feel unjust that you have to manage the immature behavior of the person who earns more money than you, and who has undue influence over your future. And on some level, it is. But you have to decide if your job and your company hold benefits for your career that outweigh the costs of managing a passive-aggressive manager. When they don’t, your best option is to hire a new boss.