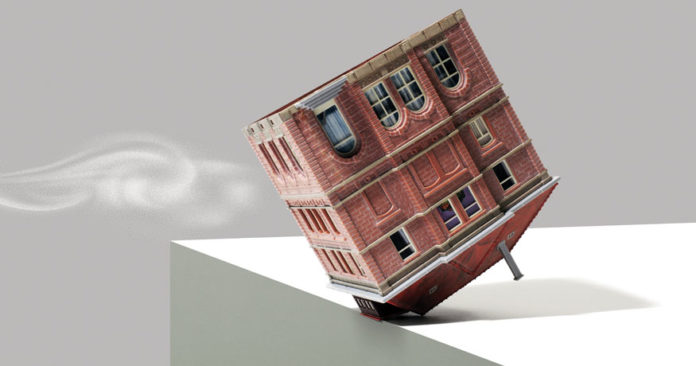 The new tax system, which was reformed for the first time in 32 years in December, strips away some of the long-standing benefits that would incentivize Americans to become homeowners.

It also stands to alleviate some headwinds in the multifamily market. Analysts forecast the aggressive apartment construction pipeline anticipated for the year would weigh heavily on sector fundamentals. Instead, the new tax system could provide a much-needed boost.

While homeowners in areas with lower costs of living might not detect a change from the new tax code, those in high-cost areas will likely see things getting even more expensive.

Between 2013 and 2015, only 1.9 percent of mortgages were over $750K in value. Of those, California accounted for nearly 46 percent of them, and New York had just over 7 percent, according to the National Low Income Housing Coalition.

“A potential negative for CRE from the new tax law is that on the personal tax front it is onerous for high tax states like New York, California, Massachusetts and Washington, which have had among the most robust economies and healthy commercial real estate fundamentals in the country,” Ten-X Chief Economist Peter Muoio said. “If the tax law slows these engines of growth, the hoped-for positive macro impact from the tax law could be seriously muted or even negative.”

The Mortgage Interest Deduction drops from $1M to $750K in the new law, and there is now a cap on state and local tax deductions at $10K. Those who live in coastal markets with high property taxes will be hit heavily by the deduction cap—even after lower tax rates and a doubled standard deduction, which rises to $12,000 for individuals and $24,000 for couples.

Homeowners with costly real estate under the old tax code would itemize on tax returns to their advantage. Zillow estimated 44 percent of homes cost enough to benefit from itemization and taking the mortgage interest deduction. Under the new tax law, only 14.4 percent would benefit.

Political pundits have called the reformed tax law a Republican attack on these liberal-laden markets, and even the 12 House Republicans who voted against the bill attributed their position to the cap on state and local tax deductions.

But it stands to breathe revived activity in the rental market for those who would no longer be able to attain the old financial incentives for buying a home.

“There is a portion of first-time homebuyers who aren’t going to buy a home anymore or will delay it because they aren’t getting economic incentive,” Marcus & Millichap First Vice President of Research Services John Chang said.

Homeownership is not the only area to take a hit under the new tax law. The Low-Income Housing Tax Credit (LIHTC) is a tax incentive behind 90 percent of affordable housing in the U.S. Earlier iterations of the tax bill in the House threatened to strip a tax-exempt bond most affordable housing developers depend on to make projects pencil. The final version of the bill left the LIHTC intact, but it still stands to be impacted by the new tax code. The corporate tax rate has been lowered from 35 percent to 21 percent, giving less incentive to build affordable housing.

“The incentive to buy LIHTC has been reduced, and it’s yet to be seen about the ability to finance these projects,” Chang said. “On the surface it’s still there. I’m not saying it’s a bad thing, but it will change behavior.”

On a positive note, Chang does applaud the clarity provided in the new tax law. Trump’s first year in office was deemed volatile by many, and most of the commercial property industry operated with uncertainty regarding the president’s many policies and how they would impact business. Now that clear fiscal guidelines have been established, Chang sees the business climate poised for further growth.

“A lot of investors took a more cautious stance and were less likely to buy or sell because they didn’t know what their tax structure would look like,” he said. “The completion really just gives everyone a set of ground rules to work with. That’s probably the single most important facet of what passed.”