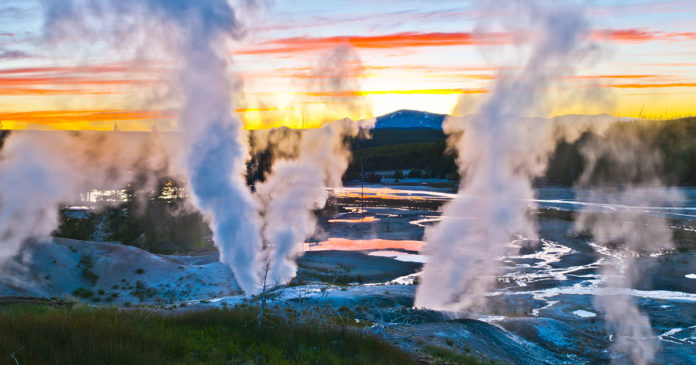 Consulting engineering company Goldman Copeland (GOCO) has developed an innovative web-based geothermal pre-screening tool for the City of New York’s Design & Development Corporation (DDC) and the NYC Mayor’s Office of Sustainability. Based on the tool’s complexity and originality, GOCO has been named the winner of the ACEC (American Council of Engineering Companies) 2018 New York Engineering Excellence Award and will receive the prize at the Engineering Excellence Awards Gala in Washington D.C. on April 17, adding to the company’s impressive collection of awards.

This technology expertly analyzes the feasibility of geothermal heating and cooling for every lot in New York City. It provides users with a map of the entire city and assembles extensive data, including highlighting potential feasible sites. The tool is especially helpful for the development of new building structures planning to make use of the available geothermal capacity.

“The opportunity to conduct this complex engineering study on behalf of the city of New York was a welcome challenge and we have managed to create an extremely useful geothermal tool,” said Charles Copeland, President of GOCO. “The NYC geology, dense population and high rise buildings limit its applicability in some boroughs but the methodology will allow engineers throughout New York State and the country to apply these innovative techniques to their own cities and communities,” he added.

Renewable energy sources, such as geothermal, are a major part of New York City’s goal of reducing greenhouse gas emissions with 80 percent by 2050, based on the levels in 2005. While it was created specifically for New York City, the technology has the capacity to be applied to locations across the nation, helping other regions build a sustainable future. It is not only intended for building owners, engineers and other professionals, but will also allow homeowners to assess a lot’s geothermal feasibility and potentially empower everyone in NYC and beyond to make smarter and greener energy decisions.

The tool is scheduled to go online for New York City later in 2018.

Goldman Copeland (GOCO) is an award-winning consulting engineering company celebrating its 50th anniversary this year. The firm is passionate about providing innovative, sustainable and practical services to every project. They take a personal approach to client relationships, bringing large-firm capabilities together with smaller-firm accessibility, and a commitment to quality. Whether the structure is a commercial office building, historic, healthcare, educational, institutional, museums, or theaters, GOCO offers a high caliber of engineering consulting services led by a dedicated senior staff of professional engineers.