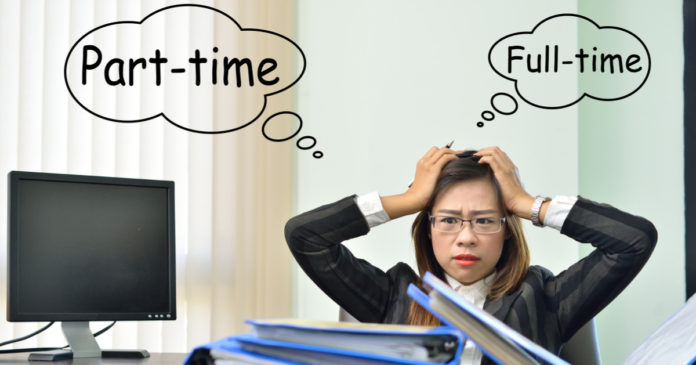 The report, titled “Who chooses part-time work and why,” looks at employment data from 1994 to 2016 in order to answer this question. It breaks down the data by age, gender, marital status, education level and race. It looks at the reasons that people give for choosing part-time jobs. It examines how the number of those choosing part-time jobs has changed over the 22 year time span it covers and how the reasons for doing so have shifted. 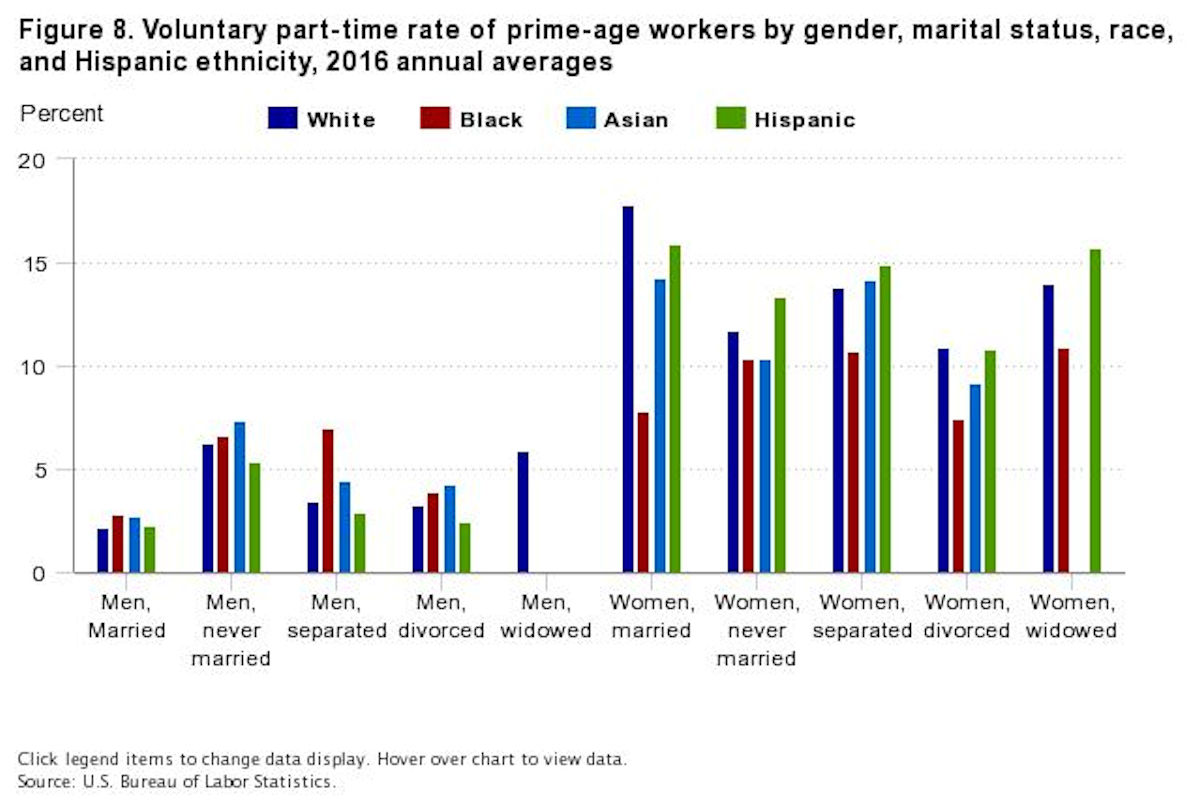 Among women, 28 percent cited family and/or personal obligations as the reason they voluntarily took a part-time job. Next, at 25 percent, was school and/or training taking priority.

Taken together, childcare problems and family and/or personal obligations was cited as the reason for taking part-time jobs by 8 percent of men but 35 percent of women.