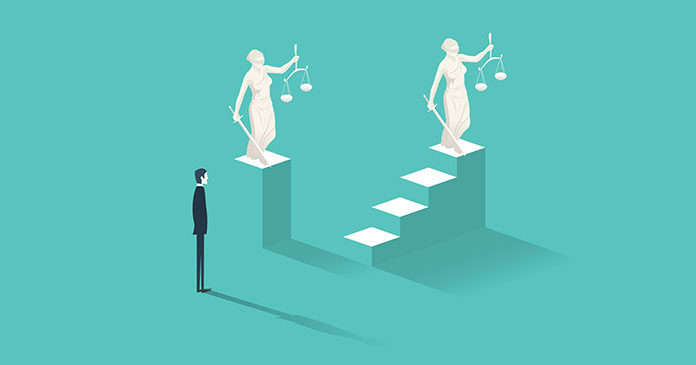 But adjudication processes by regulatory agencies are different, and sometimes result in property owners being treated worse than criminals.

In criminal law, due process works to ensure that innocent people are not convicted of crimes. Violations of due process may lead to evidence being thrown out, or convictions overturned on appeal. Though no one likes to see guilty defendants walk free on “technicalities,” when it happens we can take comfort in the constitutional protections that demand we sacrifice convictions in some instances to ensure a just criminal justice system for the country as a whole.

But property owners don’t enjoy those same protections when regulatory agencies begin enforcement actions against them. As seen in the table above, property owners operate at a serious disadvantage when their conduct is challenged by agencies. 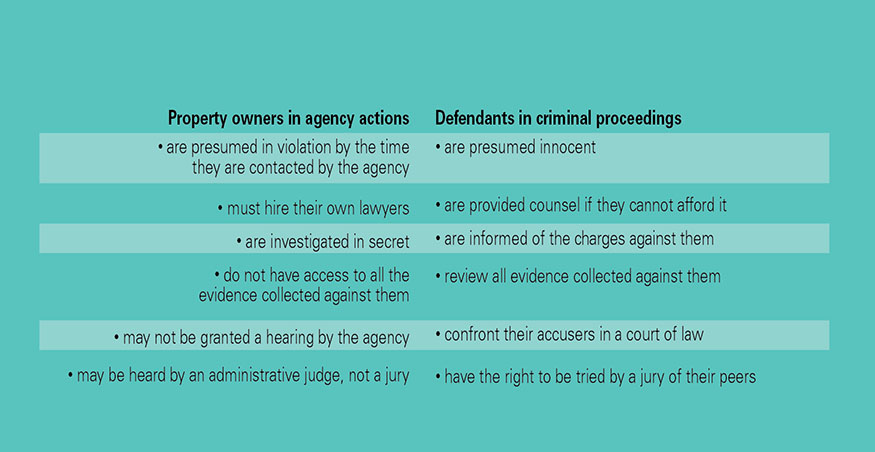 Other than a single brief phone call from the Army Corps of Engineers, the federal government gave Duarte no warning of the cease and desist action for tilling his field to plant wheat, allegedly in violation of the Clean Water Act. The agency pursued Duarte without giving him access to the evidence against him or an opportunity to present any favorable evidence in his own defense. When he requested a hearing, they ignored him. Agents intentionally destroyed portions of the record, meaning that some evidence used against John Duarte has never been seen by anyone outside the agency that found him guilty. The cease and desist order deprived John of the use of his company’s land and threatened a potentially devastating penalty against him, placing hundreds of jobs at risk.

Property rights is one of the cornerstones of American freedom and liberty. The Founders thought it sufficiently important that they extended due process protections to three things: life, liberty, and property. The courts should take these protections as seriously for property owners as they do for accused criminals.

Author: Jeremy Talcott, esq. is a lawyer with the Pacific Legal Foundation