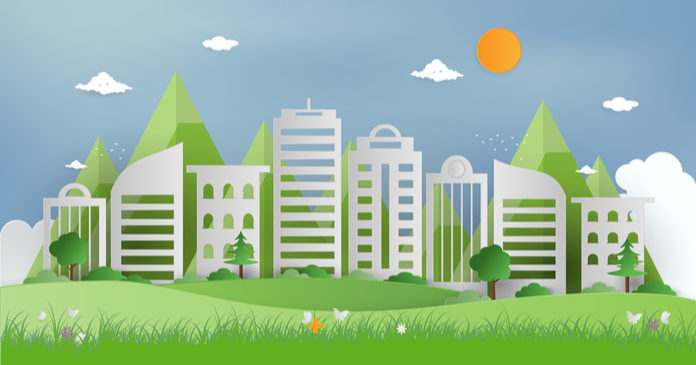 Wednesday, the Urban Land Institute (ULI) presented its most recent semi-annual real estate economic forecast, which extends through 2020. The ULI forecast is based on the median of the forecasts of 48 economists or analysts at 36 real estate organizations. It predicts that the current economic expansion will continue for the next three years, but that the rate of growth will moderate.

Predictions for the economy

All of the above economic predictions are more optimistic than those made in the last forecast six months ago and the passage of tax reform was cited as a cause.

The ULI real estate economic forecast predicts inflation as measured by the Consumer Price Index (CPI) will rise to 2.3 percent in 2018 and to 2.5 percent in 2019. Inflation is then projected to fall slightly to 2.45 percent in 2020. 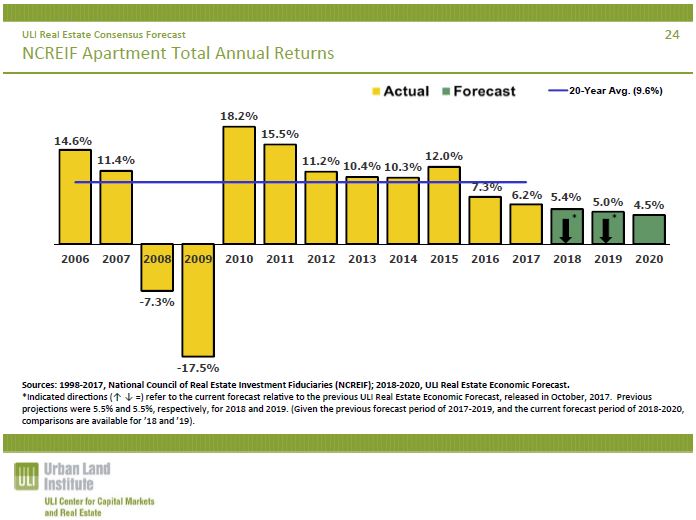 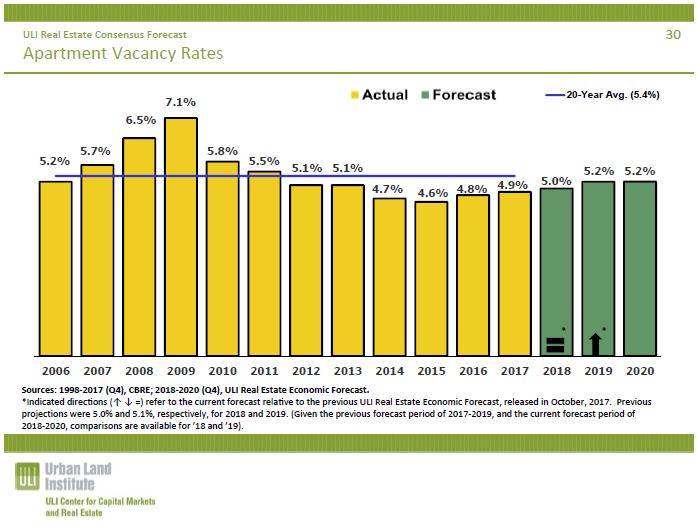 ULI data indicate that apartment rents fell in 2017 after several years of strong increases. The ULI forecast predicts that positive rent growth will return in 2018, with rents rising 1.5 percent. Rents are predicted to rise by 2.0 percent in both 2019 and in 2020. 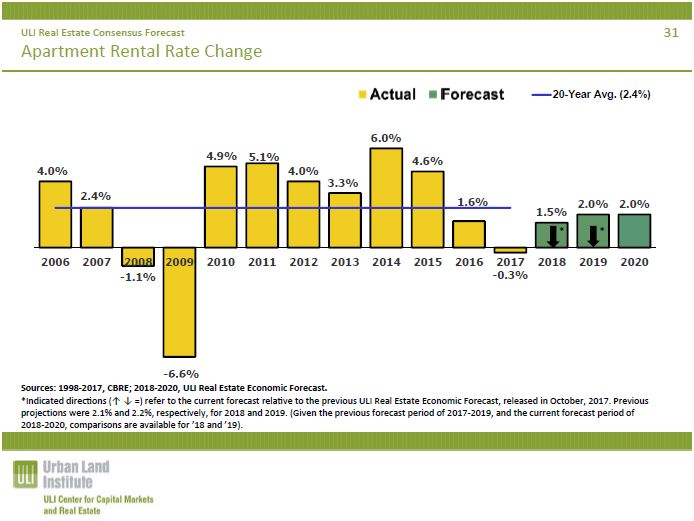 Keeping an eye on the competition

While not strictly on the topic of the apartment market, the ULI forecast also looked at the future of the market for single family homes. It predicts that single family home production will remain strong for the next three years. 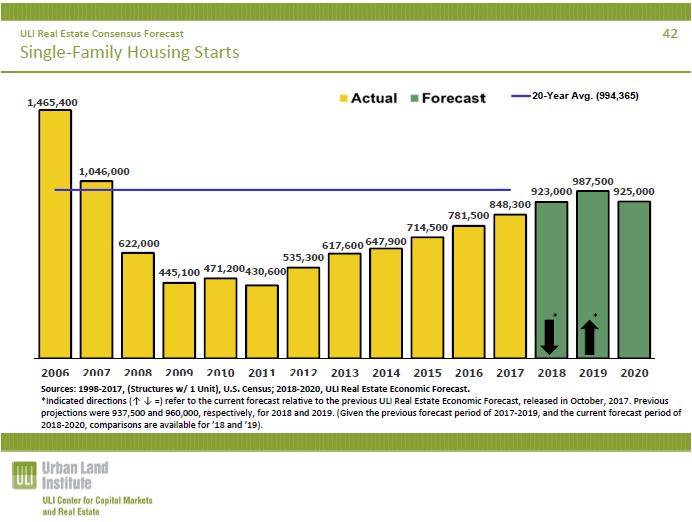