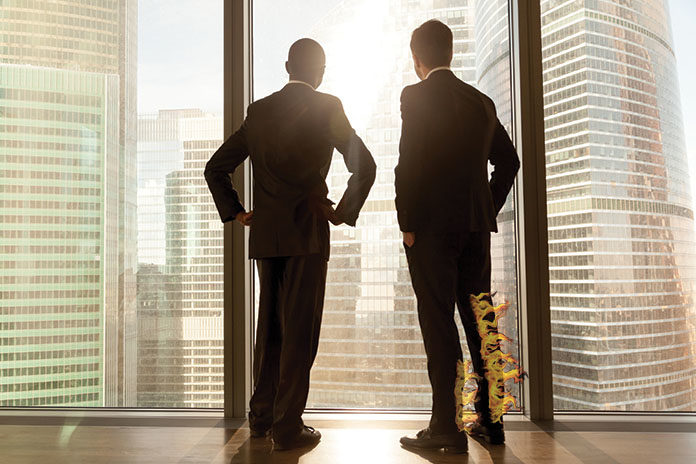 With the best of intentions, I’ve seen smart leaders charge into sensitive interactions armed with what they believed was a combination of deep empathy, attuned listening, and self-awareness but was, in fact, a way to serve their own emotional needs. It’s important to learn to spot these forgeries, especially if you’re the forger.

Plenty of research has documented manipulative misuses of emotional intelligence—the intentionally subtle regulating of one’s emotions to engineer responses from others that might not be in their best interest. Given that most people aren’t sociopaths, in my experience, the more common misuses of emotional intelligence are subconscious. To safeguard against inadvertently falling prey to them, we need deeper levels of self-examination. Here are three of the more common counterfeits I’ve seen snare well-intended leaders.

The hero disguised as empathy

Empathy is one of the key components of emotional intelligence. The capacity to understand and share others’ feelings creates authentic connection and deepens trust. But a leader’s genuine desire to demonstrate care can transcend healthy boundaries in unintended ways.

I saw this play out when debriefing with the chief operating officer of a $20 billion global company. I’d helped him prepare for a potentially volatile conversation with his direct report who was behind on the implementation plan of a major initiative. The project costs had ballooned, and the direct report was emotionally frayed.

Some of the issues were legitimately outside her control, but some were the result of her mistakes. The goal of the conversation was to agree on how she would get the project back on track.

When I asked him how the conversation went, he responded with exuberant relief, “Better than I could have expected.” He went on to explain: “I was sure to start with empathy the way you coached me, and when I felt it was time, we moved into problem solving.” When I asked about the resolutions they’d agreed to, he told me, “We’ve agreed to push out the completion date by a year, I’ve given her the extra $40k she needs for the consultants, and at her request, I’ve agreed to step in as co-leader of the initiative.”

Over the next two hours, we unpacked the conversation to reveal how his need to feel indispensable completely overshadowed what she actually needed: accountability, coaching, and guidance.

He felt the conversation had gone well because he felt needed by her. She thought it went great because she was no longer on the hook alone.

At first, he defended his intention of being a caring and compassionate leader. But eventually he was able to see that when his expression of care turned to rescuing her from a difficult situation, it stopped being compassionate, and became selfish. When a leader indulges a codependent need to feel central to another person’s success, it takes away the other person’s power, making them weaker instead of stronger.

When expressing empathy for those you lead, pay attention to any need you might have to be the hero. Compassionate understanding for the challenges of others is emotionally intelligent. Rescuing them from the consequences of those challenges may be more cruel than kind.

A fundamental social skill of emotional intelligence is being an effective listener. Being attuned to the spoken and unspoken concerns of others demonstrates an openness to their views, a willingness to engage ideas different from ours, and honors the courage of others to express divergent perspectives.

Most leaders I’ve worked with claim to want pushback, believe they listen to dissenting ideas, and are willing to have their minds changed when stronger beliefs and facts are presented. But many would also admit, if they were being honest, that letting go of being right is painful, and relinquishing their views to those of others feels like a loss of control and influence.

But unaware of the tension between a genuine desire to take in others’ views and a need to be right, leaders can feign listening while actually trying to lure others to their side without realizing they’re doing it.

I watched this happen in a leadership team meeting as the heads of marketing and sales tried to resolve a common stalemate. Trying to sound conciliatory and open-minded, each would attempt to “summarize” the other’s views with statements like, “So what I hear you saying is the only way you’ll agree to those quotas is if…” and “I’m really trying to understand your view on this, given that last month you seemed to be more aligned with…” and “I sense that you’re really frustrated right now and I’d love to find a solution that can work for both of us, if we could just agree that…”

Both believed they were genuinely interested in finding a mutually acceptable compromise. But nobody in the room saw it that way and neither of them believed it about the other.

If you have strong views or a critical agenda, own it. It doesn’t mean you don’t care what others think. Working to suppress your strong views to appear as if you’re engaging others never works, even if you mean well. People are more likely to believe you’re open to hearing their ideas if they feel you’ve been straightforward about where you stand on yours.

A need for approval dressed up as self-awareness

Keenly self-aware leaders detect how others experience them, actively solicit critical feedback from others, and accurately acknowledge their strengths and shortfalls. But when fueled by an unquenched desire for approval, self-awareness can warp into self-involvement.

One executive, who prided himself on his astute self-awareness, regularly asked his team for feedback, believing he really wanted it (and on some level, he probably did). But what they saw was a neurotic plea for affirmation.

In a diagnostic interview, one direct-report said to me, “Every time he asks how I’m doing, we all know the best thing to do is just say ‘Great,’ so we can get on with our day.”

I’ve seen leaders begin lengthy speeches with declarations like, “I know sometimes I get impatient. When I do, I want you to call me on it,” and then obsessively ask, “Am I being too impatient?” even when impatience may actually be warranted. Every leader is insecure about something. Genuinely self-aware leaders face that insecurity head on, and don’t put the burden of soothing it on others.

Our ability to express emotional intelligence is sometimes impaired by unacknowledged, unhealthy, emotional needs. If you want to genuinely employ effective emotional intelligence skills, pay attention to the unaddressed scars and voids lurking beneath the surface of your inner emotional landscape. Tend to those honestly and carefully, and you’ll better be able to maintain credibility and strong relationships with others.

Author: Ron Carucci is co-founder of Navalent and best-selling author including, Rising to Power.