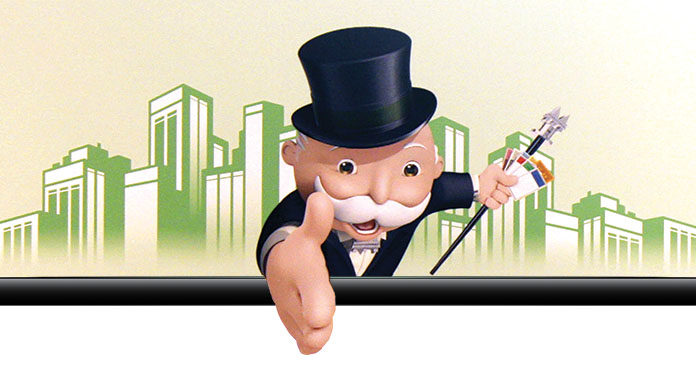 Over the last three decades, apartments have become a desired asset class among both domestic and foreign real estate investors because of their strong returns coupled with relatively low risk. However, shifting market dynamics, competitive capital markets and high property prices are now sending investors on the hunt for yield. Many multifamily investors note that finding good investment deals in today’s market has become a grind.

As finding good deals has gotten harder, many investors are considering different multifamily investment opportunities, with some now targeting secondary or tertiary markets, smaller properties, value-add deals and the like. However, still others are wondering whether multifamily might be a little oversaturated at the moment, so they should consider reallocating their investment capital to other real estate sectors.

To that argument, new research would say not so fast. In fact, apartments outperform other commercial real estate property types, on both a risk-adjusted and unadjusted basis, across holding periods, geographic regions, metro size and growth rate, according to new research from professors Dr. Mark J. Eppli of Marquette University and Dr. Charles C. Tu of the University of San Diego. This work is the first piece of research funded by NMHC’s Research Foundation since its launch in late 2016.

The primary data source for the research is the metro-level NCREIF Property Index (NPI) data, which includes quarterly property income and appreciation returns for the period 1978-2Q 2017. Prepared by the National Council of Real Estate Investment Fiduciaries (NCREIF), this index is the longest running commercial property return series in the U.S., covering 42 metro statistical areas (MSAs) across four property types for the 30-year period from 1987-2016. As of Q2 2017, the NPI maintains 7,161 properties with a market value of $539 billion.

Using this data, the researchers conducted various return analyses and found the following to be true:

Apartment returns dominate other property types over a greater variety of time frames—and with lower variance. The analysis looked at six different holding periods, varying from one year to 15 years, and found that apartments posted higher returns than the other commercial real estate classes (industry, office and retail) for all holding periods but one. (Retail returns bested apartments over a one-year holding period.)

Apartment holding period returns ranged from 8.97 percent to 9.62 percent, with the highest returns coming after a 15-year holding period. This compares with an average range of 6.79 percent to 9.46 percent for the other three property types. However, the strongest outperformance for apartments vis à vis the other property types occurred during the 7- and 10-year holding periods. Apartments also enjoyed lower volatility during those same time periods, as measured by standard deviation. However, it should be noted that return variance narrows across all property types as property returns mean-revert, which means that over time property returns revert to an equilibrium.

This return outperformance holds up even when adjusting for risk, factoring in geographic delineations and accounting for geographic employment size and growth.

A good measure of risk is the Sharpe ratio, which is the average return minus the risk-free rate divided by the standard deviation of the investment return. A higher Sharpe ratio indicates a higher return per unit of risk.

Apartments enjoyed risk-adjusted Sharpe ratios of 0.75 to 2.45, compared with ratios of between 0.28 and 1.65 for the other property types. Again, the only period for which apartments were topped by this measure was over the one-year holding period.

These broad-brush national findings also held up when examined more granularly. The analysis disaggregated the data into four major geographical regions and, for the sake of simplicity, focused only on five-, seven- and 10-year holding periods. Again, apartment holding period returns and risk-adjusted returns dominated the other property types regardless of geographical region, with average unadjusted returns ranging from 8.60 percent to 10.27 percent and with risk adjusted Sharpe ratios ranging 0.85 to 1.93 across all three holding periods. That said, the South and Midwest regions provided lower investment returns while the East and West regions had higher returns.

Drilling down further, the analysis compared return performance over several different holding periods on a metro level. Using a four-category tiering system, the analysis categorized the NCREIF metro markets by employment size and growth as a means of measuring property income growth potential and market liquidity. This reflects investor assumptions that the strength of a local employment market relates to a metro area’s property market growth potential and is, therefore, reflected in lower cap rates. Similarly, investors also often equate the size of a metro market with lower liquidity risk, as a larger and more diverse set of debt and equity providers participate in those markets.

Again, apartments largely outperformed the other asset categories based on metro market tier, with the notable exception being that retail posted a marginally higher mean rate of return in tier 2 markets over a five-year holding period.

What these various analyses tell us is that apartment holding period returns dominate the other property types based on a range of reasonable holding period analyses, adjusting returns for risk, across geographic delineations and accounting for different employment local employment markets.

The research attributes the relative low-volatility of apartment returns period after period to fewer large capital expenditures from resident improvements and leasing costs. While property returns tend to mean-revert across time, it appears as if investors often under-estimate property capital expenditures, especially for office and industrial properties, a factor that many may want to more carefully consider in future acquisitions.

Author: Mark Obrinsky is the chief economist and SVP of research at the National Multifamily Housing Council 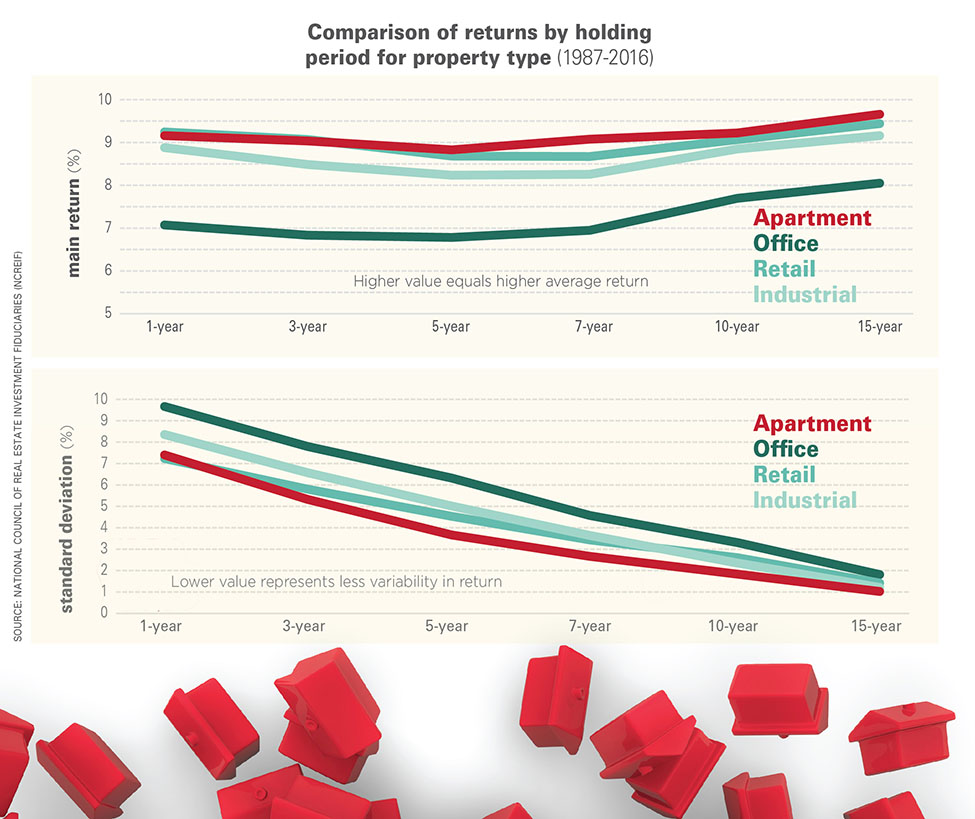