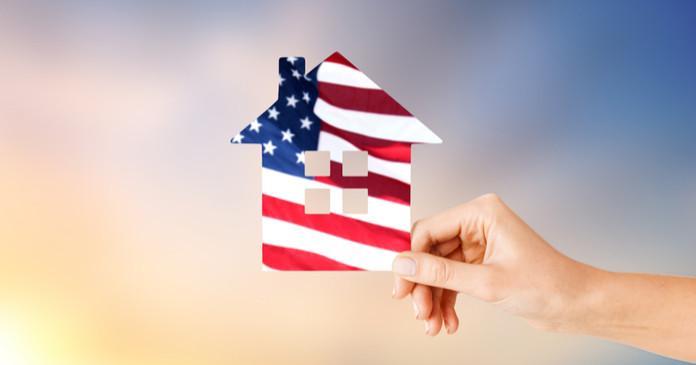 The Harvard Joint Center for Housing Studies (JCHS) released the latest version of its report, “The state of the nation’s housing.” This annual report has been produced since 1988 and examines the conditions in both the for-sale housing and the rental housing parts of the market. Here are the report highlights regarding the rental housing sector of the market.

The report notes changes in the renter population. The number of renter households declined in 2017 by 180k as home ownership rebounded somewhat. Higher income households (50k+) accounted for the majority of renter growth in last 5 years.

In metro areas, the lowest income residents (under $25k) have been moving out of the highest density areas to moderate and low-density areas. However, people are moving less in general. Only 11 percent of households moved in 2017, a record low.

Nationally, rent charged for all types of rental housing units was up 3.7 percent year-over-year through April, 2018. For professionally managed apartments, rent was up 2.6 percent Q1, 2018. Over the same period the year before, this same category of rents increased 2.8 percent. The West was the region with the fastest apartment rent growth, coming in at 3.4 percent. Of the 150 apartment markets tracked by RealPage, 67 of them saw rent increases of less than the 2.2 percent rate of inflation.

Between 2007 and 2016, the number of extremely low-income rental households increased faster than the increase in the number of units affordable to them. The National Low Income Housing Coalition reports that there was a national shortage of 7.2 million of these units in 2016. They contend that affordable units are being lost to tear-downs, conversions or upgrades. Not enough older units are filtering down into the affordable class nor are enough new affordable units being built to make up for this loss and for the increase in demand. 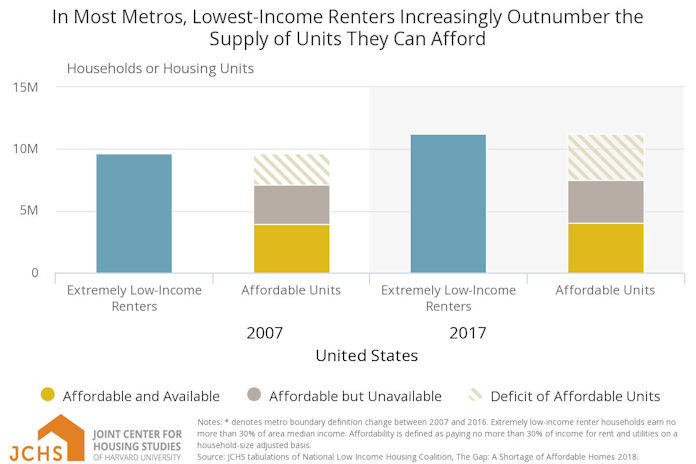 The growth of NOI for investment grade rental housing dropped to 3.4 percent in the year to Q1, 2018. Growth of NOI had been as high as 10 percent as the market continued to recover from the trough of the recent housing downturn.

The report expects the apartment market to soften somewhat because of increasing vacancies and shifts in rentership. However, the market will be supported by the trends of millennials forming households and baby boomers shifting to renting.