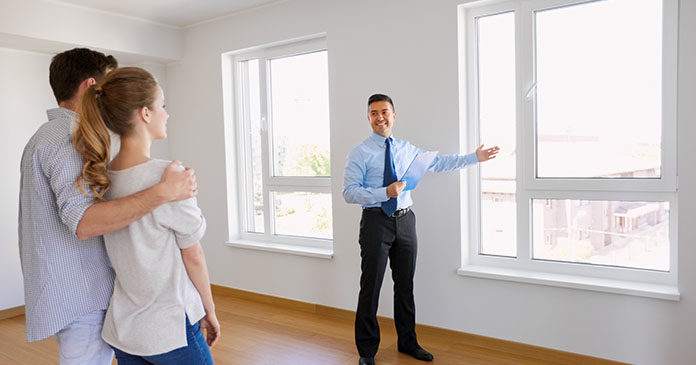 Over 40 percent of U.S. adults have searched for an apartment in the last two years, yet four in 10 have passed on an apartment because they couldn’t find time to see it, and 27 percent prefer to take a self-guided tour with no leasing agent, according to a recent survey conducted by Zogby Analytics and commissioned by tour24, the on-demand platform that automates the process for apartment tours that was launched today at the National Apartment Association’ (NAA) Apartmentalize Show.

Built by the founders and developers of Package Concierge, the leader in automated locker systems with over 300,000 users, tour24 simplifies the apartment search process by enabling on-demand appointments that extend the office hours, while automating the touring experience to increase leases for property managers, while making finding a place to live more convenient for consumers.

“We recognize that the way consumers interact with businesses has evolved and apartment buildings are no exception,” said Georgianna W. Oliver, founder of tour24 and Package Concierge. “tour24 offers prospective renters a way to take self-guided tours via their mobile device, so they can see the apartments and community space when it works for them. We’re focused on helping the apartment industry optimize operational efficiencies and maximize touch points with consumers, which our study shows consumers want from today’s renting experience.”

The tour24 survey shows nearly one in four people say the leasing agent didn’t show up for their confirmed appointment, one in five said there were no appointments available on the days they wanted to tour an apartment, and 30 percent stopped by the office during the weekday or weekend and the leasing office was closed.

Working for the Weekend

No surprise that consumers want to explore apartments on off hours, and potential renters say the weekend between 10 am to 5 pm is the most popular time for touring an apartment community. Moreover, two-thirds of those surveyed say searching online is the most effective way to find an apartment, and nearly 75 percent of 18-29 years old said they are likely to download an app for a self-guided tour to mitigate these issues.

While the survey reveals that everyone is interested in simplifying the home finding process, there are interesting generational insights, most notably, Millennials seem to search more extensively than their Generation Z counterparts. The study found 28 percent of Gen Zers (people born 1996 and later) looked at five or more apartments, whereas nearly double that amount of millennials (those born 1977-1995) looked at five or more apartments. Moreover, 38 percent of Gen Z said they’ve passed on an apartment because they couldn’t find time to see it, while more than half (54 percent) passed because they couldn’t find a time to visit.

tour24 is the on-demand platform that automates the process for apartment tours. tour24’s transformative technology integrates with smart-home providers to deliver self-guided property tours and serve as an extension to leasing teams. With tour24, prospective residents can now tour apartments on their own schedule, reducing the time it takes to find a new home and driving more leases for properties.

tour24 commissioned Zogby Analytics to conduct an online survey of 1010 adults in the U.S. in March 2018. Using internal and trusted interactive partner resources, thousands of adults were randomly invited to participate in this interactive survey. Based on a confidence interval of 95 percent, the margin of error for 1010 is +/- 3.1 percentage points. This means that all other things being equal, if the identical survey were repeated, its confidence intervals would contain the true value of parameters 95 times out of 100.