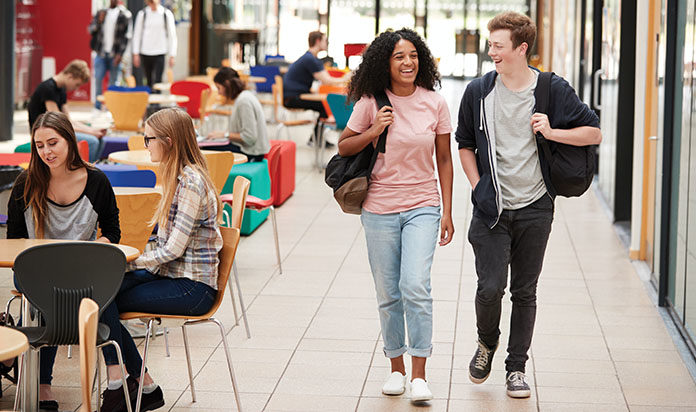 Among the rent growth outperformers, Auburn University ranks number one with an average rental rate increase of 8 percent. This is above the three-year average of 5 percent. Mid-tier price points and moderate supply growth relative to enrollment growth—2,700 off-campus beds vs enrollment growth of 4,700 students since 2011—has helped properties at Auburn to boost rents while continuing to see beds be absorbed.

At number two Bowling Green State, no new supply this cycle coupled with low price points—below $400 per bed—has kept rent growth elevated the past few years. Rental rates have grown by an average of 5.5 percent the past three years and is currently above that level at nearly 7.9 percent.

The third-ranking University of Northern Colorado (6.4 percent) has also seen minimal new supply, but stronger enrollment growth in 2016 and 2017 has helped to further drive rental rates above the three-year average of 1.3 percent.

Reno has remained one of the top rent growth universities for three consecutive years. However, the rate of growth at Reno has moderated from three-year average of nine percent to 5.8 percent this fall, which landed the university at number four most recently. Little new supply and steady enrollment growth will help student properties continue to push rates.

Virginia Tech at number five and the University of Nebraska, Lincoln at number eight are the only universities in the table above seeing a decline in year-over-year leasing velocity. Virginia Tech has remained a top performer in terms of prelease and rent growth for several consecutive years.

University of Nebraska, Lincoln has different story. The substantial inventory growth seen this cycle—more than 200 percent increase—caused the market softened as existing properties struggled to be absorbed. But as illustrated with the latest figures, the market has since started to recover and achieve above average performance.

For both universities, limited supply and positive growth expectations will play a role in maintaining absorption.

University of Central Florida remains one of the top markets despite nearly 1,500 beds delivering this fall. Student housing properties are averaging over five percent rent growth and leasing velocity holds well above the national average at 93.3 percent, and ahead of last year’s pace by 160 basis points. A steady volume of new supply coupled with very strong enrollment growth have contributed to this success.

At number seven on the list, San Diego State has the highest effective rent of the universities above, averaging over $800 per bed. This price point is not abnormal for the region, but the rate growth of five percent is above what many other universities are seeing. This can be attributed to strong enrollment growth and minimal supply in the market, which captures less than 30 percent of existing students.

While the top performing schools are fairly dispersed across the country, there are regional performance trends. The Mountain West and Pacific Northwest regions are seeing a good portion of universities achieve above-average rent growth. This is primarily because of limited supply and strong demand.

The Midwest and Southwest are seeing a higher percentage of universities with negative rent change. In the Southwest, this is because of the amount of new inventory delivered in recent years. In the Midwest, it’s because of declining enrollment at some universities and sustained inventory growth. 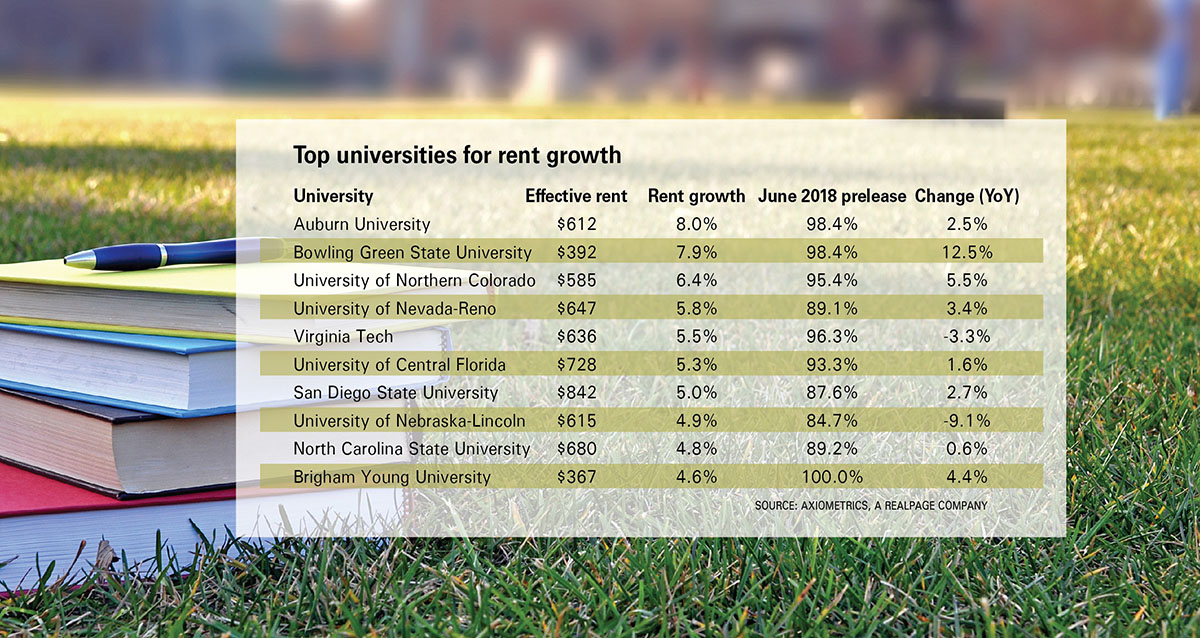