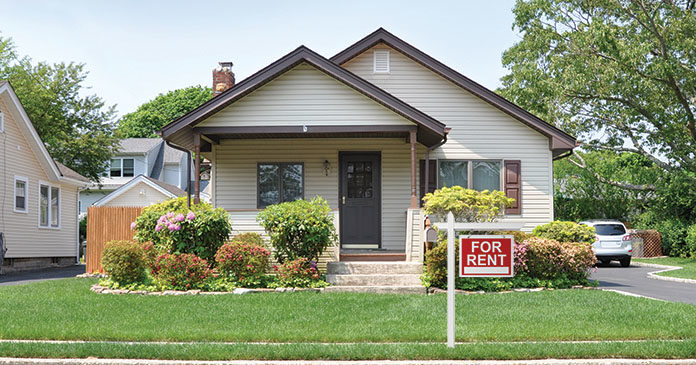 On Tuesday, the Federal Housing Finance Agency (FHFA) announced that it was shuttering the program.

This specific GSE program was not without controversy, and the agency will continue those single-family rental programs that existed prior to the pilot. The Enterprises said the program was closed after an impact analysis and will continue to monitor the market for new data.

“What we learned as a result of the pilots is that the larger single-family rental investor market continues to perform successfully without the liquidity provided by the enterprises,” FHFA Director Mel Watt said.

As a result of the foreclosure crisis, the rental market expanded to include institutionally-owned single-family houses that had been purchased in bulk from swaths of foreclosed properties auctioned by receivership banks looking to unload inventory.

Beginning with its $1 billion loan guarantee for Blackstone’s Invitation Homes, the GSE program was seen by some as counter-productive to the agency’s core mission of making homeownership available to Americans.

Investors believe that the Fannie-Freddie market participation through the pilot program gave a relatively new product type the credibility it needed to enter Wall Street and eventually mature into its own sector.

The biggest change in the industry was not so much the number of rented houses, as it was their ownership.

Renter-occupied housing stock changed dramatically after the housing crash in 2006. Home rentals moved from a predominantly mom-and-pop businesses, to institutional portfolios centrally managed much like apartments. The apartment industry was feeling its own crunch by way of the Great Recession and depressed household formation and was not keen on what seemed like a competitive intrusion on the space.

According to Census Bureau data, the number of single-family home rentals grew by 21 percent between 2005 and 2010, a significant share of a housing market that only increased a total of 4 percent in total housing stock in the same time period.

Around that same time some analyst estimate that as much as $9 billion worth of distressed single-family homes were purchased and converted to rentals by institutional investors.

Record housing demand spurred an influx of more than 8 million new units of rental housing stock in the U.S. between 2005 and 2015 according to research from the Joint Center for Housing Studies of Harvard. The single-family share of this total rental stock climbed from 34 percent to 40 percent in the 10-year period through conversions of owner-occupied single-family houses converted to rentals.

“This growth is notable not only because it is so substantial, but also because institutional investors have taken a much more active role in this market than in the past,” the Harvard researchers reported. “By creating large portfolios of homes across many markets, large-scale investors are testing the waters for a new model of owning and operating scattered-site properties that could expand the range of housing options available to renters.”