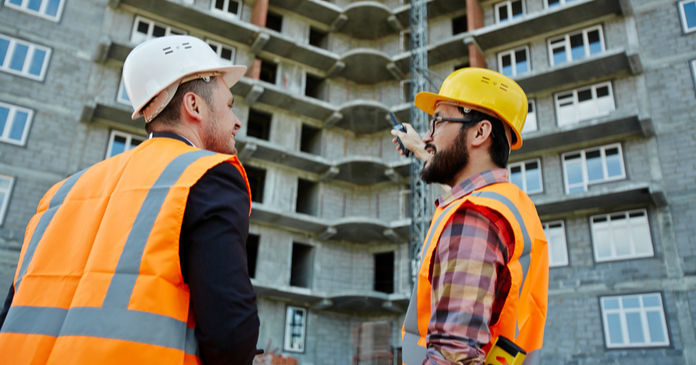 Nationally, permits for buildings with 5 or more units were down, falling 8.0 percent from July’s level, which was itself revised down by 8000 units. Permits came in at 370,000 on a seasonally adjusted, annualized basis. This figure was 19.7 percent lower than its level in August, 2017.

These changes are illustrated in the first chart, below. 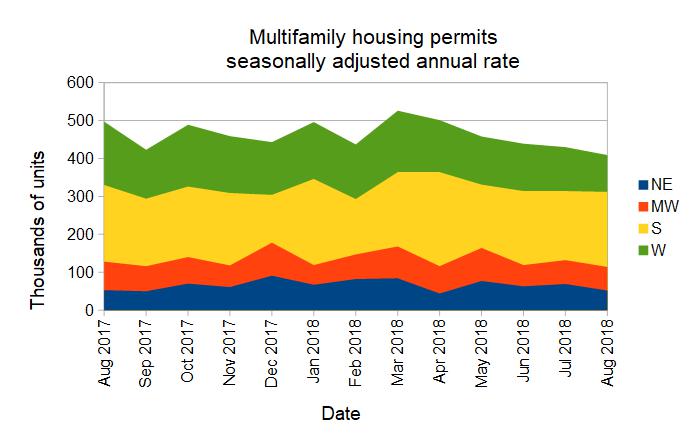 Construction starts for housing with multiple units were up strongly from July, 2018 in all regions of the country. The Midwest led the way with a gain of 89.7 percent. The South saw the smallest increase on a percentage basis with starts up 15.6 percent. However, since the South is the region with the most construction activity, the gain in the number of units started there, 27,000, almost matched the gains in the other regions. On a year-over-year basis, starts in the South were up by 92.3 percent compared to a very weak August, 2017. Starts were also up strongly in the Midwest but were flat in the Northeast and down slightly in the West. 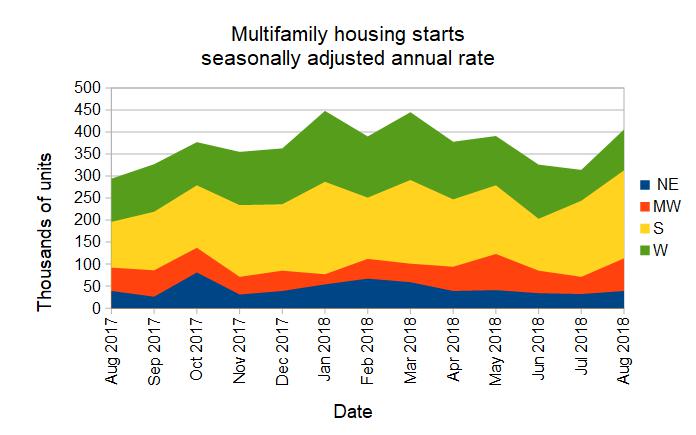 Completions for housing with multiple units eked out a small gain of 1.9 percent in the Midwest but fell between 17 percent and 28 percent in the other regions of the country. The situation was similar on a year-over-year basis, with the Midwest showing a small increase but the other regions showing significant declines in the number of completions. 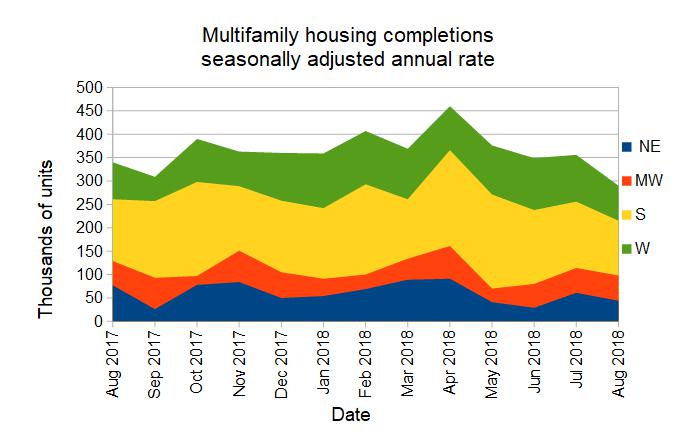