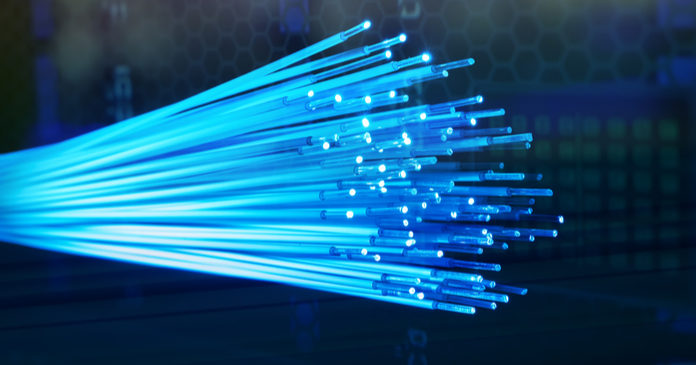 In 2010, Google rocked the $60 billion broadband industry by announcing plans to deploy fiber-based home internet service, offering connections up to a gigabit per second—100 times faster than average speeds at the time. Google Fiber, as the effort was named, entered the access market intending to prove the business case for ultra-high-speed internet. After deploying to six metro areas in six years, however, company management announced in late 2016 that it was “pausing” future deployments.

In the Big Bang Disruption model, where innovations take off suddenly when markets are ready for them, Google Fiber could be seen as a failed early market experiment in gigabit internet access. But what if the company’s goal was never to unleash the disrupter itself so much as to encourage incumbent broadband providers to do so, helping Google’s expansion in adjacent markets such as video and emerging markets including smart homes?

Seen through that lens, Google Fiber succeeded wildly. It stimulated the incumbents to accelerate their own infrastructure investments by several years. New applications and new industries emerged, including virtual reality and the Internet of Things, proving the viability of an “if you build it, they will come” strategy for gigabit services. And in the process, local governments were mobilized to rethink restrictive and inefficient approaches to overseeing network installations.

The story of Google Fiber provides valuable lessons for future network transformations, notably the on-going global race to deploy next-generation 5G mobile networks. It seems, then, a good time to review the story of how the effort came into being, what it achieved, and what it teaches investors, consumers, and community leaders eager to ensure continued private spending on internet infrastructure.

In 2009, Congress charged the Federal Communications Commission with the development of a National Broadband Plan (NBP). The plan set aggressive targets for expanding high-speed broadband service throughout the U.S., continuing to rely almost entirely on private investment. The overall goal: to ensure at least 100,000,000 Americans had access to broadband speeds of 100 Mbps by 2020.

As it turned out, providers blew past that milestone as early as 2016. But in 2009, no leading carrier was planning a major upgrade of its existing physical plant. This was a break from the previous decade, when technical improvements and competing technologies meant constant upgrades, advancing from dial-up through early cable-based broadband, DSL service offered over the analog phone network, early fiber-based deployments (notably Verizon FiOS) and cable’s last major upgrade, known as DOCSIS 3.0.

By 2009, however, Verizon had scaled back plans for more fiber and DSL technology was falling behind improvements in cable. Major markets were migrating to two segments—a high-end served by cable and a low-end served by DSL.

The broadband market was experiencing a classic “prisoner’s dilemma,” where neither cable nor DSL providers felt a competitive threat from the other requiring substantial new investment, trusting in relative peace within their own market segment. Continued expansion of broadband capacity was on the verge of stalling.

Google sets off a “game of gigs”

In response to requests from the NBP team, Google suggested construction of a fiber-based gigabit testbed to demonstrate the competitive and economic importance of new applications that would not be possible without next-generation infrastructure—including virtual reality, smart grids, autonomous vehicles, advanced tele-health, electronic government, and distance-based education.

Rather than wait for incumbent providers or a government-funded experiment, the company announced that it would build a small number of experimental gigabit networks itself. To everyone’s surprise, Google was overwhelmed with cities promoting themselves for the test, receiving 1,100 proposals rather than the 10 to 50 they expected.

Cities saw great value to their communities of being one of the testbeds. They also understood that what Google was looking for was not tax breaks or other financial incentives so much as speed in execution, and in particular commitments from the participating communities to minimize build-out delays—and help in lowering construction costs.  In short, Google wanted partners, not antagonists.

The finalists offered administrative efficiency—a single master contract, a sole point of contact in city government, streamlined procedures for permits to install equipment on city-owned property, and permission to dig up city streets to lay conduit. These costs—in dollars, time, and political conflict—had proven to be a major hindrance for network deployment, and Google knew that its test wouldn’t unleash entrepreneurial and competitive energy if it couldn’t deploy quickly.

Google was always coy about whether its real goal was to become a nationwide broadband provider, or simply to stimulate investment in next-generation networks by incumbent providers and other new entrants. What is clear is that Google’s own interest in fiber stemmed from a conviction that faster speeds would eventually generate more revenue and services for the broader Alphabet enterprise, making the investment justifiable if not profitable. Becoming a competitive ISP itself was a secondary aspiration.

So Google went about announcing locations, and incumbent broadband ISPs, including AT&T, CenturyLink, Comcast, and Time Warner Cable, would quickly counter by promising improved pricing, faster speeds, network upgrades or some combination of the three. A “game of gigs” had erupted.

In the end, Google announced plans to build in 34 cities, playing a kind of broadband whack-a-mole game. Incumbents, who initially dismissed the effort as a publicity stunt, accelerated and reprioritized their own deployments city by city as Google announced follow-on expansion.

As the game of gigs played out, city leaders were forced to offer the same administrative advantages to incumbents as they had to Google Fiber. Construction costs fell, and the speed of deployments increased. Only six years after Google’s initial announcement, according to the Fiber Broadband Association, 30 percent of urban residents had access to gigabit Internet service.

The two-tiered market of high-speed cable and lower-speed DSL broadband has given way to a free-for-all, forcing adoption of more disruptive strategies by incumbents and new entrants alike. The result is increased competition between providers and among cities and regions eager for game-changing private investment.

But we believe Google Fiber’s most significant impact was to change the nature of relations between infrastructure providers and local authorities. Even after substantial deregulation in the 1980’s and 1990’s, and even as separate networks and technologies converged on a single internet-based standard, local governments continued to treat network providers as quasi-governmental public utilities, regulating their construction efforts and access to public rights of way with cumbersome procedures developed decades earlier.

Thanks to Google Fiber, the monopoly mindset gave way to one in which both sides understood the other could walk away. Cities learned that inefficient construction management would lead providers to invest elsewhere, while ISPs came to see that cities could only do so much to improve the economics of upgrades and new deployments. Following Google’s lead, the ISPs and the cities created public-private partnerships such as Research Triangle’s North Carolina Next Generation Network, in which both got more, in terms of their goals, than they gave.

A shift in competition and investor mindsets

The Google Fiber experiment caused a reexamination of basic assumptions about competition in what was seen as a static infrastructure industry. Somehow, a powerful new entrant that dominated an adjacent market began a competitive service, deployed it city-by-city, and ignited investment and new competition among the incumbents.

As the authors of the National Broadband Plan hoped, enthusiasm for gigabit internet testbeds broke a logjam in infrastructure investment, accelerating fiber deployments perhaps by as much as two years and stimulating incumbents to commit an estimated $7 to $10 billion in additional capital spending.

Google Fiber’s entrance also—and crucially—changed investor mentality. Wall Street had punished Verizon for investing in its FiOS network ahead of market demand, and likely would have punished other incumbents for upgrading copper-based networks to compete with cable, which had a cheaper upgrade path. Similarly, Wall Street would have punished cable for upgrading its technology when it was already beating DSL in both performance and market share.

Investors, on the other hand, did not punish Google for entering the ISP market. When cities and their residents unexpectedly embraced the vision of gigabit Internet, investors then allowed the incumbents to respond to the new opportunities and threats Google Fiber created.

At the same time, to the benefit of all stakeholders, Google’s entrance into the broadband market exposed long-standing federal, state, and local regulatory inefficiencies that made deployment slow and expensive. With wasteful processes reformed, providers improved the efficiency of their capital investments. Consumers got new services. Cities saw revitalized industries and positive press coverage.

As the U.S. and other economies now undertake even more expensive deployment of next-generation 5G mobile network technologies, heeding the lessons of Google Fiber will distinguish the winners from the losers.

What it means for a 5G mobile network

5G promises speeds and new applications that will make mobile broadband competitive even with fiber. And deployment will likely follow the new city-by-city model pioneered by Google Fiber. Local governments will again have to rethink their approach to construction oversight, including permitting, zoning, franchising, tower siting, and fees.

And there is evidence that they are. For example, rental costs for rights of way, pole attachment rents and other recurring charges, long seen by some cities as a rich source of funding for budget shortfalls, are now being fiercely negotiated by providers. In Boston, Sacramento, and other cities that have secured early 5G investment, local governments are finding that carriers are more than willing to deal, but may walk away if officials demand too many concessions.

For example, authorities are finding, as with Google Fiber, that they must offer competitive rates or risk delaying private investment in new networks, a critical source of local development and competitiveness. In effect, they are learning to balance long-term objectives against short-term fee maximization.

The winners once again will be those communities that appreciate the importance of forming early and comprehensive private-public partnerships with network operators and their investors.

That’s quite a legacy for a project that, at least on paper, looks like a failed experiment. And it’s yet another example of the very different rules that apply in the growing list of industries being rapidly transformed by digital change.

Author: Larry Downes works with Georgetown Center for Business and Public Policy. He is co-author of Big Bang Disruption: Strategy in the age of devastating innovation