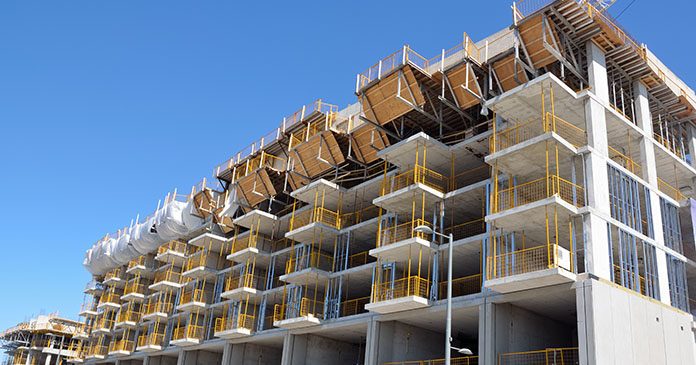 As the nation’s builders naturally navigate toward projects that financially pencil, large-scale luxury properties have continued to boom. In fact, 87 percent of the large-scale communities under construction this year inside high-demand, tech-driven cities are luxury according to the latest RentCafe survey.

The stream of luxury properties has been consistent since the Great Recession and trend lines suggest it will continue. Tax breaks, discounted funding, and other incentives have driven developers toward opportunities that fill the demand for housing in fast-growing, tech-based employment centers. The promise of steady, even rising rents continues to fuel the march toward Class A development in high-salary metros with growing populations. It’s a win-win in a rising economy.

New rental product, especially at the top rung, is relative. Historically it has served to push older communities downstream in class—Class A apartments are reclassified as Class B, Class B to C, and so on. This domino effect has played out throughout history and has continued to add to the ecosystem of rental supply in the area surrounding the new construction.

However, high tech salaries and rocketing demand have disrupted this historic model. Value-add plays have invaded local rental housing. Deals where developers can acquire an older property and add improvements that elevate it to compete with the newer luxury properties have changed the rotation.

The sale of apartment buildings and their rising costs have accelerated since the Great Recession. In addition to losing affordable housing stock to age, value-add deals are literally sucking out badly needed inventory and displacing both moderate and low-income renters.

Housing affordability continues to plague our nation. What has changed is the thinking about how to solve the challenge. Many believe the best solution is to increase subsidies for affordable housing. President Obama’s Affirmatively Furthering Fair Housing (AFFH) set out to correct the imbalance by tinkering with the demographics of individual properties. This while his own Council of Economic Advisors published a 2016 white paper stating the root of the problem was the per-unit cost being “pushed higher and higher by rents rising in the face of barriers to new development.”

Earlier this year Sec. Ben Carson suspended AFFH in order to rework it to challenge the land-use regulations of cities and counties receiving HUD funding. Not only would such a measure restore property rights to owners, but it could free the market, induce a building boom and open up development to the density needed to make affordable housing pencil.