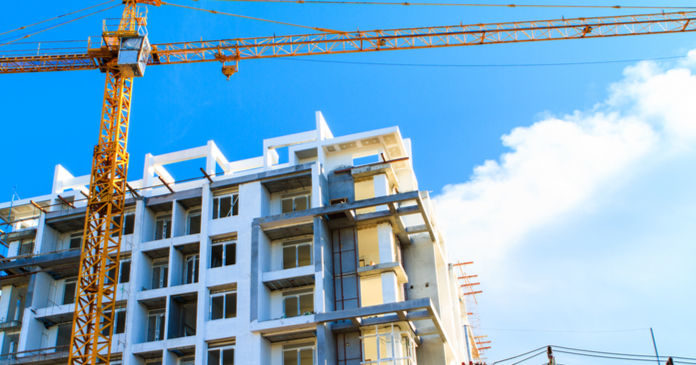 Note that, starting with this article, regional data for housing with multiple (two or more) units will be examined by looking at three month moving averages of the values reported. This is because this data tends to be very erratic, with dramatic changes in levels reported from month to month and with frequent significant revisions being made in subsequent monthly reports. It is hoped that underlying market trends will be more clearly revealed by viewing the data in this manner.

For the country as-a-whole, permitting activity for housing with multiple (two or more) units on a month over month basis was down by 1.3 percent, based on three month moving averages. Permits were up 4.3 percent in the Midwest, flat in the South and down in the Northeast and the West.

On a year-over-year basis, permits were down by 11.1 percent. The South was the only region to see an increase from the year earlier level, with permits rising 4.2 percent. The West experienced the largest decline in activity with permits falling by 28.8 percent.

These changes are illustrated in the first chart, below. 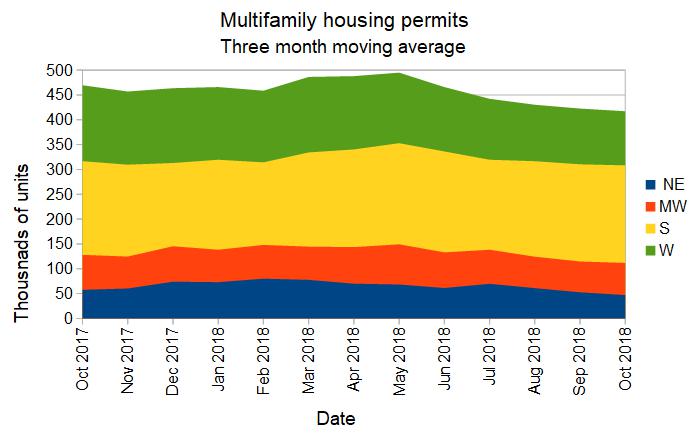 Construction starts for buildings with 5 or more units were up 6.2 percent from September to a level of 343,000 on a seasonally adjusted, annualized basis. Note that multifamily housing construction starts for August were revised again. They are now estimated to be 373,000 units, down almost 20,000 units from the level originally reported.

Construction starts in October for buildings with 5 or more units were reported to be down 4.5 percent from their levels of a year earlier.

Construction starts for housing with multiple units were up 3.8 percent from their September levels for the country as-a-whole, based on three month moving averages. The Midwest was the strongest region with a gain of 28.4 percent. The Northeast was the weakest region with a decline in starts of 13.6 percent.

On a year-over-year basis, starts in the South were up by 24.8 percent compared to October, 2017. The Northeast was the only region to see a year-over-year fall in starts with a decline of 17.1 percent. 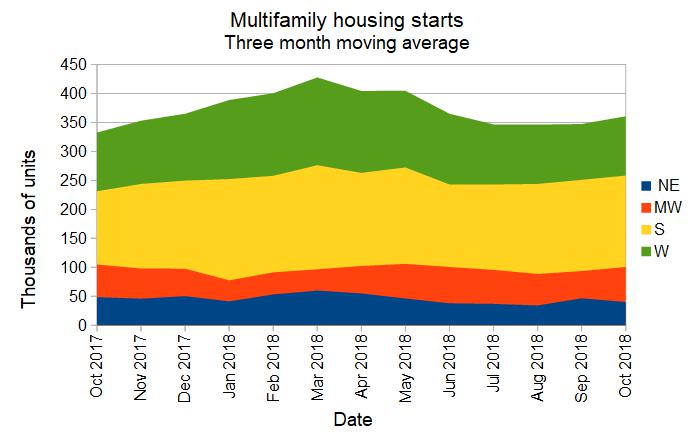 Nationally, completions of buildings with 5 or more units were down 10.0 percent from September’s level. The 269,000 (annualized) units reported is a recent low. On a year-over-year basis, completions were down by 29.8 percent.

Nationally, completions for housing with one or more units fell by 7.8 percent on a month-over-month basis. The South led the way with a fall of 17.2 percent from the prior month while the Midwest saw an increase in completions of 20.9 percent. However, since the market in the Midwest is less than half the size of that in the South, overall completions declined. 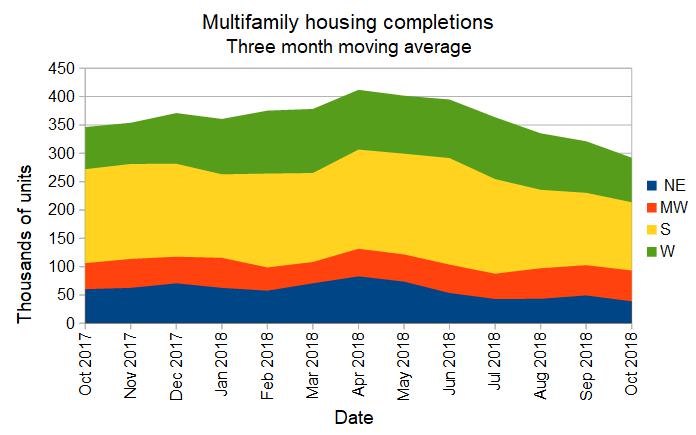