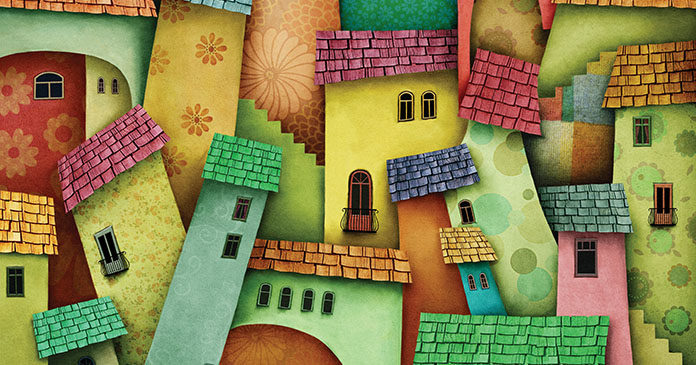 California is one of the nation’s largest housing under-producers.

While wages for most Americans have barely budged during this 20-year period, rising home prices and rents have caused homelessness to reach epic proportions in the Golden State. Significant development of new market-rate and affordable housing is key to relieving the demand-driven rent hikes and displacement squeeze, but the lack of developable land, the high costs of construction and the time it takes for permitting impede this goal.

Accessory dwelling units (ADUs), also known as granny or mother-in-law flats, could help alleviate the housing crisis. Built on the sites of existing homes, ADUs enable cities with little developable land to add housing stock for all income levels in areas where few multifamily development opportunities exist, such as neighborhoods zoned for and occupied by single-family homes. They also allow homeowners to participate in and profit from housing creation.

Barriers to ADUs typically include NIMBYism, city zoning regulations and capital procurement, since very few loan products have been tailored to this housing type, leaving homeowners to rely on home equity loans or savings to pay for the backyard projects.

But recent legislation in California that eased zoning and permitting regulations, coupled with favorable policies enacted by local governments, has spawned a proliferation of ADUs and has lenders scrambling to catch up to the growing demand.

But, homeowners and even building contractors and developers lacking in experience with ADUs still have difficulty maneuvering the costly and complex permitting process for this type of housing.

Enter Volunteers of America (VOA), a non-profit that has provided services to disadvantaged and at-risk populations in America for 122 years. Beginning as a volunteer organization, VOA today has nearly 16,000 paid employees dedicated to helping those in need rebuild their lives.

Density by the yard

VOA’s Los Angeles affiliate (VOALA), with offices located in the city’s Skid Row, is capitalizing on California’s recent rulings to help cities, counties and homeowners in Southern California navigate the ADU landscape with a program that could serve as a template for VOA national replication, said CEO of VOALA Bob Pratt, who celebrated 50 years with the organization in October.

“But there’s no market more challenging in terms of available housing than Los Angeles,” he said.

Over the years, VOALA has diversified and evolved, creating a range of new programs and has opened facilities ranging from emergency to transitional to permanent housing that every year serves around 30,000 people of all age ranges and circumstances suffering from trauma.

The organization began providing transitional and permanent housing for disadvantaged and at-risk populations in 1970 with the acquisition and opening of a 500-unit affordable housing facility on 25 acres in North Hollywood, purchased through loan guaranteed by The Department of Housing and Urban Development (HUD).

VOALA became entrepreneurial ten years ago, pursuing what was formerly housing for U.S. Navy personnel in San Pedro that had sat vacant for years and became available to developers and managers of affordable housing.

“We submitted a proposal, received the land and housing at no cost and utilized nine-percent tax-credit funding to renovate the property. Today, we are looking at creative redevelopment strategies for infill housing on our property that is entitled to significantly more density than is currently on our land,” Pratt said. He was drawn to ADUs after observing Southern California’s housing crisis.

“We decided part of the solution is accessory dwelling units in the backyards of single-family homes, offering not only an untapped resource for new housing, but also in the context of affordability,” he said.

VOALA researched a number of products, settling on manufactured ADUs built to spec in the factory and delivered to the site by truck. Pratt says that pre-built ADUs are significantly less expensive than typical stick-built homes and quicker to market than conventional construction.

“We decided to create this venture as a social enterprise, meaning we intend to make a profit marketing these ADUs to homeowners in the Southern California area. We needed to collaborate with a for-profit entity since profiting would put us in a bind. So, we began looking for investors, entered into a public-private partnership and created a subsidiary,” said Pratt.

The essence of VOALA’s business plan is to utilize its for-profit ADU business to provide job training, apprenticeship programs and eventually permanent job placement for out-of-work veterans at risk of homelessness and to subsequently provide affordable housing to these veterans and head-of-household women with children.

Pratt refers to the venture as a multipurpose business. One focus is to market the ADUs to existing homeowners, partly in response to what he sees as a distressing pattern.

“Many homeowners have been unable to save for retirement, so the idea of investing in an ADU they can occupy while leasing out the primary residence provides a source of income for their retirement and increases the equity of their property.

“We’ve learned how to do it and how to shorten the permit time. The requirement to permit ADUs for single-family homes that meet the lot size parameters is new for cities and counties, so we have to educate them on how to complete the process through permitting in around 60 days,” said Pratt.

With permits in hand, it takes VOALA 30 days to complete the infrastructure, place the ADU on the foundation, hook up the utilities and accept a family.

Los Angeles homeowners with a lot size of no less than 6,500 sq. ft. will pay around $200,000 for a three-bedroom, two-bath manufactured ADU of around 840 sq. ft. that is built, installed and ready to rent. If the existing home is on a corner lot, the delivery truck can roll the ADU onto the foundation. Otherwise, a crane is needed to lift the unit over the existing house into the backyard. ADUs typically are one story, although zoning may allow for two.

“These factory-built homes feature charming designs, craftsman-like style with nice elevations and finishes, that enhance neighborhoods. They are built to precision and the permanent certifying entities recognize them as indistinguishable from stick-built,” said Pratt.

VOALA is working with Los Angeles County, which recently launched an incentive program that gives homeowners $75K to put ADUs in their backyards, as long as they provide affordable housing to HUD recipients for a total of seven years, after which they own the property free and clear and can rent to whomever they choose or use the property however they see fit.

VOALA also provides services and support to the HUD recipients and monitors the property for the homeowners during this seven-year period.

The L.A. County program mirrors those of Seattle and Portland, which developed the concept of making service repayment loans available to homeowners if they would put ADUs in their backyards and make them available for affordable housing, said Pratt.

“L.A. County is the first in California to offer similar incentives. It conducted a pilot outreach that communicated with homeowners, and gathered 500 signatures of those wanting to participate. We start with this list, contacting those homeowners who signed up, then we will rely on word of mouth and publicity, because ADUs are a huge potential resource in an environment where the current cost per door for affordable housing for new construction is $500,000 and takes years, because the industry needs to procure tax-credit funding, a process that can take up to five years, based on the dearth of credits compared to the high demand for them.

“Five years to get the credits, let alone construction, is a crazy situation in terms of cost and lag time in the midst of a crisis. This leaves only infill housing as an alternative and factory-built ADUs that can be ready in 30 days from time of order, depending on configuration,” he said.

Being a long-time provider for the Head Start program with experience installing factory-built classrooms and having a dealer’s license for the manufactured homes gives VOALA an advantage in this arena.

VOALA’s next step in its business plan will be to buy single-family homes, renovate them and place ADUs in the backyards, so that each site will house two veteran families, one in the original renovated home and another in the ADU. Both families will receive vouchers for rent—HUD for civilians and HUD-Veterans Affairs Supportive Housing (HUD-VASH) for vets.

“The rent will cover the cost of our investment and then we will refinance. The vouchers not only cover fair-market rent, but also pay for case management services that we provide for these veteran families,” said Pratt.

VOALA’s social enterprise investors provide low-rate financing for the affordable housing and job training for vulnerable groups, while the for-profit investors are targeting ROI or building a portfolio of two- to four-unit multifamily income properties.

Several deals are in the works utilizing ADUs, including an infill project to add additional units on the 25 acres VOALA owns in North Hollywood.

“A lot of stuff built in Southern California after WWII, when there was a lot of vacant land, is significantly underbuilt in terms of density. Entitlement for the North Hollywood site is 1,900 units and we likely will be looking at adding multifamily product with four to 12 attached units, because that’s the type of housing currently on site. But we are still looking for the highest and best use,” said Pratt.

Pratt said VOALA is courting cities and counties to grant VOALA raw land or parking lots at no cost in exchange for creating villages of affordable mini-homes.

“We were approached by a church in San Bernardino that was looking to put a community center on land it owns, but they couldn’t muster the funding. We are discussing forming a joint venture where we build the community center for them that our residents could also use and we build the affordable mini homes for our clients, but nothing has been formalized yet,” said Pratt.

VOALA is on the cutting edge of the ADU trend that promises to play a significant role in alleviating the housing crisis in California and possibly the nation. Meanwhile, Pratt says the biggest rewards for what he does at VOALA are the successful ventures that help people turn their lives around in dramatic ways and against all odds.