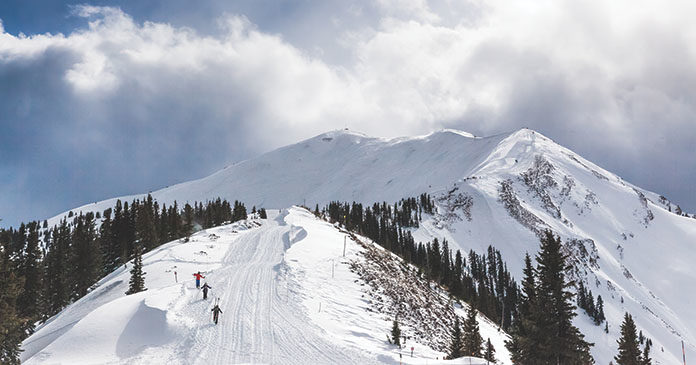 A combination of slow wage growth and limited supply has resulted in strong renter demand and investor interest in workforce housing, according to a recent CBRE report. Workforce housing has outperformed luxury multifamily product since 2014 and continues to see below-average vacancies and above-average rent growth.

While investors have poured $375B—nearly 52 percent of all U.S. multifamily investment activity—into the asset class in the last five years, upscale vacation markets like Nantucket and Aspen are grappling with ways to find homes that don’t break the bank for their seasonal workers.

“In virtually all instances, there is a shortage of workforce housing,” said Boston-based Mount Vernon Co. founder and Chairman Bruce Percelay, who owns Nantucket’s 21 Broad and 76 Main hotels and is the publisher of Nantucket Magazine. “That shortage becomes far more acute in high-end resort markets like Nantucket, the Hamptons and Aspen, where the value of land is extremely high and the rental market is such that the landlord is better off leaving the unit empty for nine months out of the year. Vacation rents are so high there’s no incentive to rent a property on a conventional year-round basis.”

Nantucket has struggled with a way to house workers who are priced out of the market that is now more expensive than the Hamptons. The problem is unique since workers can’t just live farther away and drive to work; Nantucket is 30 miles off the coast of Cape Cod.

Land prices are already high, and getting materials to the island drives up construction premiums, which Percelay estimates to be as high as 30 percent compared to the mainland. That makes non-subsidized workforce housing an extremely difficult undertaking.

“It’s a huge problem for employers of people at the lower end of the pay scale when you need those people to live close to work,” Percelay said.

The Nantucket Land Bank, which owns the Miacomet Golf Course, attempted to build dormitory-style residences for seasonal employees, a move that drew support from Nantucket leaders, but not everyone on the island was sold.

Liberty Mutual CEO David Long, who owns a multimillion-dollar home across the street from the golf course, enlisted a lawyer to lobby Massachusetts officials to block the development, calling it “a bad precedent.”

The Land Bank was established in 1983 and levies a two-percent transfer fee on most property transactions on the island. While the organization is meant to protect Nantucket’s undeveloped land, Mintz Chairman Robert Popeo, working on behalf of Long, argued the Land Bank’s purpose shouldn’t expand to providing housing for the island’s workforce.

“The construction—is entirely at odds with ‘the interest of conservation,’ and the Land Bank’s essential purpose of preserving land in its natural state for enjoyment by the general public,” Popeo wrote to Massachusetts Secretary of Energy and Environmental Affairs Matthew Beaton in a letter obtained by the Boston Globe. “The project bears no relationship to the Land Bank’s mission or its expertise.”

Workforce housing comes with several definitions, but the CBRE report defines it as housing that costs families making between 60 percent and 100 percent of the area median income less than 30 percent of their monthly income. The sector is mainly composed of older product and relies on growth coming from forces like neighborhoods becoming less appealing or Class-A product, which sees the highest rent, aging into Class-B or C.

Market-rate development solutions to creating more workforce housing are challenging given how high constructions costs are at this point in the cycle. It also doesn’t help that investors often look to flip aging product into something more appealing to renters or buyers, especially in a vacation market.

“If you’re a seller, you can sell the property for a higher amount per unit to a value-add buyer than to someone who doesn’t plan to do the renovation,” CBRE Head of Multifamily Research Jeanette Rice said.

Adding more supply becomes even more difficult when value-add investors buy workforce product and renovate it into higher-quality product to make a bigger return. Even though the report highlights slower-than-normal wage growth as fueling demand for the affordable sector, investors are still seeing enough rent growth to warrant buying a workforce housing development and upgrading it to product than can fetch a higher price. Many investors buy workforce product, demolish it and develop Class-A housing in its place.

“The places you want to put your workers are the same places where high-end residential developers want to be,” Aspen Skiing Co. Project Manager Phillip Jeffries said.

The leaders at Aspen Skiing Co., which owns four resorts around its namesake western Colorado town, have watched over the years as their employees who used to live in Aspen now live farther away and have daily commutes as long as one-and-a-half hours each way. The company has around 700 beds in its workforce housing inventory and proposed earlier this month a $15 million workforce housing development nearly 20 miles from Aspen in Basalt, Colo., where it employs about 80 people.

Jeffries said Aspen Skiing Co. has two decades of experience developing workforce housing in the region and support from the community, but NIMBYism is just as rampant in Aspen as it is on Nantucket.

“Ask anyone on the street if they’re for affordable housing, and they’ll say yes. There’s huge conceptual support, but then you get into a site-by-site battles,” he said. “Individual neighbors will show up, but the workers who need the housing can’t take time off to show up to the meetings.”

While NIMBY voices aren’t expected to go away, Aspen Skiing Co. is taking on a more proactive role in getting more workforce developments across the starting line. The company’s leaders make a point of attending planning meetings to voice support for other developers’ projects as well as concentrate workforce housing proposals along transit corridors that are already densely developed. Jeffries, who works on housing strategy for Aspen Skiing Co., argues creating more workforce housing is key to maintaining the essence of the mountainous paradise.

“Aspen used to be known as the largest non-member club, but you start to lose that with these long commutes,” he said. “It changes the culture of the place and makes it hard to deliver the kind of service these top-tier destinations have to deliver to maintain those customers.”

While the odds of the Nantucket dormitory appear dim amid the legal skirmish, Percelay is taking his own proactive stance in solving the workforce housing crisis off the coast of Massachusetts. The developer is spearheading a campaign to raise $120 million to build a new Nantucket Cottage Hospital. He and his wife, Elisabeth, donated $10 million to the hospital with the condition that it would building housing for its employees.

“There is definitely a trend for larger employers to try and satisfy this on their own because they can’t wait for the government to act,” he said. “This is the largest economic problem this resort community faces.”