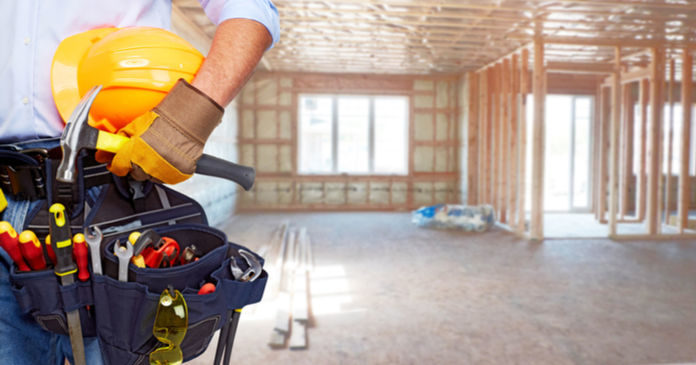 The Census Bureau released its monthly new residential construction report for March 2019. The report shows a multifamily housing construction market with a strong level of completions but some weakness in the development pipeline.

Note that the construction market has recently been impacted by severe winter weather in much of the country. In addition, the partial government shutdown early in the year affected the ability of the Census Bureau to collect its data in a timely manner. The effects of both of these situations may still be rippling through the data being reported, making underlying trends harder to spot. It may be some time before the direction of the housing construction market is clear.

Another 36,000 permits were issued in March for buildings with 2 to 4 units, almost the same as last month’s figure

For the country as-a-whole, the three-month moving average for permits issued for multifamily housing In March was down by 2.5 percent from the February level and was down 1.9 percent from the level of March 2018. This is shown in the first chart, below. The strong recovery from last summer’s lull in permitting activity may have run its course and it may be a few months before a new pattern emerges. 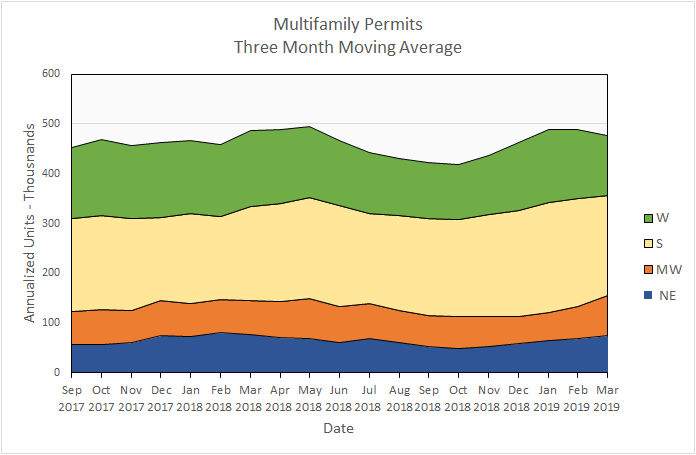 Multifamily housing construction starts (two or more units per building) were up 3 percent from their February levels for the country as a whole, based on three-month moving averages. The West rebounded from a weak February to post an increase in starts of 29 percent. The Midwest also posted a gain for the month, 15 percent in its case, but both the South and the Northeast saw starts decline. 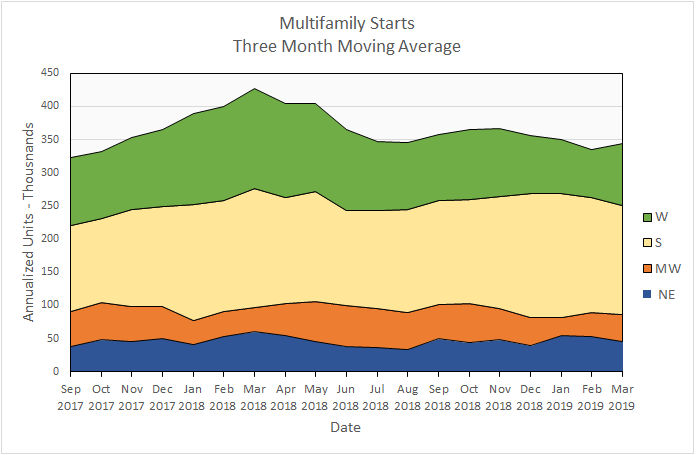 After surging 45 percent last month, nation-wide completions of buildings with 5 or more units fell 25 percent this month. It would seem that the February figure, adjusted to 486,000 units in this report, was an anomaly. In any case, completions in March were reported to be 364,000 units on an annualized basis. While down for the month, this figure was actually 2 percent higher than the year-earlier level.

Nationally, completions for multifamily housing (two or more units) were up 7 percent month-over-month when comparing three-month moving averages. Completions were up by double digit percentages in all regions except for the West, where they fell by 10 percent. 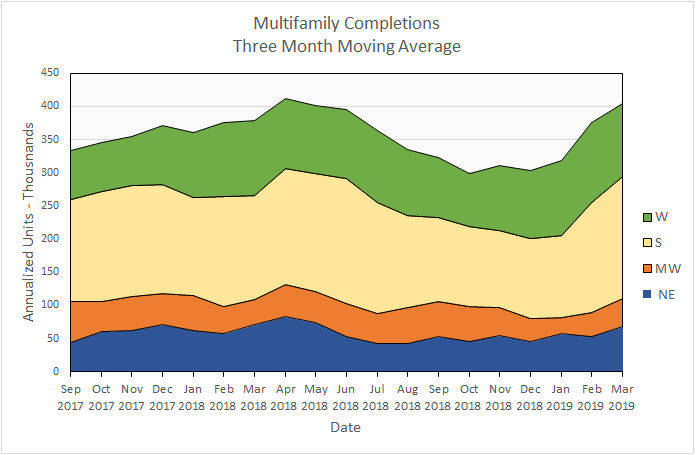