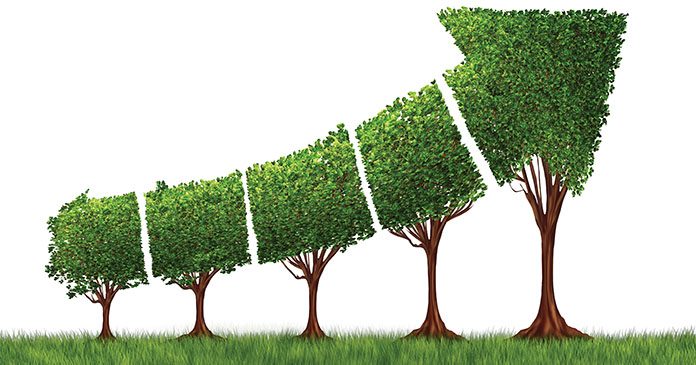 It’s no wonder that so many C-Suite leaders are focused on how to build higher performance cultures. The irony, we’ve found, is that building a culture focused on performance may not be the best, healthiest, or most sustainable way to fuel results. Instead, it may be more effective to focus on creating a culture of growth.

A culture is simply the collection of beliefs on which people build their behavior. Learning organizations—Peter Senge’s term classically focus on intellectually oriented issues such as knowledge and expertise. That’s plainly critical, but a true growth culture also focuses on deeper issues connected to how people feel, and how they behave as a result. In a growth culture, people build their capacity to see through blind spots; acknowledge insecurities and shortcomings rather than unconsciously acting them out; and spend less energy defending their personal value so they have more energy available to create external value. How people feel—and make other people feel—becomes as important as how much they know.

Our approach owes a debt to the groundbreaking work of Robert Kegan and Lisa Lahey around building “deliberately developmental cultures.” Building a growth culture, we’ve found, requires a blend of individual and organizational components:

An environment that feels safe, fueled first by top by leaders willing to role model vulnerability and take personal responsibility for their shortcomings and missteps.

A focus on continuous learning through inquiry, curiosity and transparency, in place of judgment, certainty and self-protection.

Time-limited, manageable experiments with new behaviors in order to test our unconscious assumption that changing the status quo is dangerous and likely to have negative consequences.

Continuous feedback—up, down and across the organization—grounded in a shared commitment to helping each other grow and get better.

By contrast, a performance-driven culture often exacerbates people’s fears by creating up a zero-sum game in which people are either succeeding or failing and “winners” quickly get weeded out from “losers.” Results also matter in growth cultures, but in addition to rewarding success, they also treat failures and shortcomings as critical opportunities for learning and improving, individually and collectively.

These are easy words to say, but they’re much harder to practice. Instinctively, we’re each inclined to hide, rationalize, minimize, cover up, and deny our weaknesses and mistakes because they make us feel vulnerable, at risk, and unworthy. These fears narrow and limit our perspective rather than enlarging it—at a time when the complexity of the problems we face often exceeds the complexity of thinking necessary to solve them.

We began building a growth culture at my own company in the aftermath of a tumultuous period during which we brought in several new leaders, with different skill sets, to reinvent what we provided to clients and how we ran our business. Until then, we had always been a conflict-averse culture, preferring to see ourselves as a happy family for as long as our business prospered. Resentments got pushed beneath the surface, but they became harder to contain as we struggled through this period of change and uncertainty.

Tension grew between our old and new employees, and our old and new ways of running our business. As CEO, I was seen as insufficiently respectful of who we’d been, and what values needed to be retained.

Once our new team was in place and I had greater clarity about the path forward, my first instinct was to surface the remaining tensions across the organization, and then work to be more transparent with one another. But realistically, we hadn’t built enough safety to make that possible. Instead, we began our work with our smaller team of senior leaders, inviting all employees to anonymously share their relative level of trust in each of us, in areas including our honesty, intentions, authenticity, skills, integrity, standards, and results.

The feedback we got was raw and tough. When we sat down together to discuss it, we agreed to try to view the feedback through a lens of personal responsibility, rather than defensively. One of my colleagues jumped in courageously, owning her inclination to be controlling and harsh at times, and reflecting on what in her past influenced that self-protective behavior. She made no excuses, and her vulnerability set the tone for the rest of us.

We followed by sharing the toughest feedback we’d each received, what felt most significant about it, and where we thought it came from, and what behaving differently would look like. It was intense and demanding work, but we all left feeling buoyed.

A week later, we shared specific experiments we had devised to try out new ways of behaving in response to the primary challenge each of us had defined. We also agreed to meet once a week to share progress and setbacks, and invite feedback from one another.

Eight weeks later, at an offsite, we shared with the rest of the company what we’d heard from them, what had resonated for us most deeply, and what we were doing about it. We’d begun the journey of building our own growth culture.

Perhaps the most fundamental lesson we’ve learned—including in our subsequent work with clients—is that fueling growth requires a delicate balance between challenging and nurturing. Think about a young child beginning to venture into the world. The infant crawls away from its mother to explore the environment, but frequently looks back and returns periodically in order to feel reassured and comforted. We are not so different as adults.

Too much challenge, too continuously—without sufficient reassurance—eventually overwhelms us and breaks us down. Too little challenge—too much time spent in our comfort zone—precludes our growth and eventually makes us weaker.

Author: Tony Schwartz is the president and CEO of The Energy Project and the author of The Way We’re Working Isn’t Working.