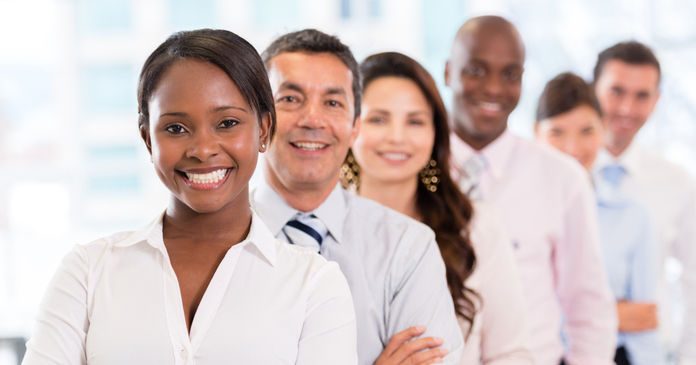 This week, the Bureau of Labor Statistics (BLS) released its Job Openings and Labor Turnover (JOLT) report for May. Its data on the parts of the jobs market of interest to the multifamily industry, real estate management and construction, show a slight gain in employment in the former category but the first fall in employment in the latter category in over a year.

The BLS reported that there were 7.3 million job openings, both private sector and government, at the end of May. This number is down slightly since April and represents 4.6 percent of the labor force. For reference, the May unemployment rate came in at 3.6 percent, meaning that there were more jobs available in the economy than there were workers to fill them.

Multifamily jobs are tracked in a part of the jobs market the BLS calls “real estate and rental and leasing” (RERL), which also includes similar businesses in other industries. The jobs data for this segment showed a slight increase in employment in May after April’s report of nearly no job growth.

All three primary employment metrics in the RERL sector: job openings, hires and separations, fell in May, indicating a somewhat less turbulent market for these jobs. The reduction in separations was due to significantly fewer RERL workers quitting their jobs during the month. The number of involuntary separations was actually up slightly for the month.

The following chart shows the employment data for the RERL jobs market for the last 13 months. Note that May data are considered preliminary and are likely to be revised next month. 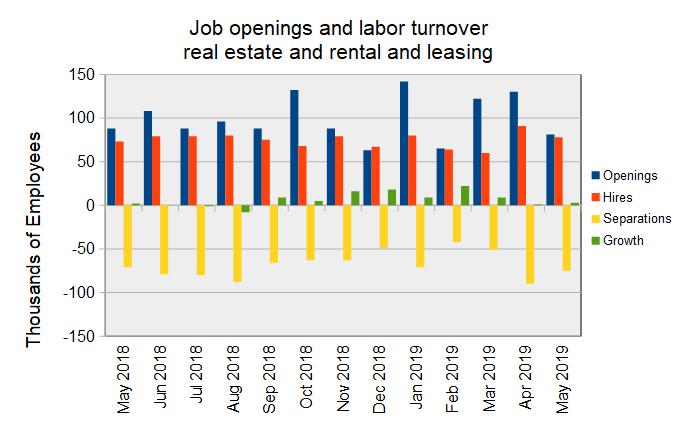 The number of openings in the construction jobs market fell slightly in May, but came in at the second highest level reported in recent years at 369,000. In addition, last month’s job openings figure was revised upward by 30,000 to 434,000 openings. Separations were nearly unchanged, rising 2,000 to a level of 407,000. However, hiring fell by 17,000, resulting in a reported net loss of 4,000 construction jobs for the month.

Note that the loss in construction jobs reported is the result of a small difference between two large numbers (hires and separations). Revisions to these figures, which are likely to come in next month’s report, could easily change this result.

Layoffs in construction were down on the month, but only because the number of layoffs in April was revised sharply upward from the level reported last month. Layoffs were reported at 222,000 in May. The number of people voluntarily leaving their jobs rose during the month to 174,000 quits. 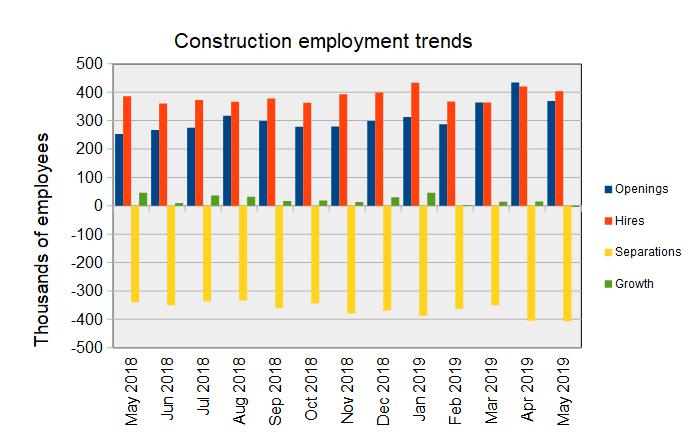 The final chart shows the long-term trends in the construction jobs market, based on three month moving averages of the figures in the JOLT reports. On this basis, the number of openings rose again in May as did the number of hires. The number of quits fell slightly again during the month but the number of layoffs rose, reaching its highest level since November 2012. 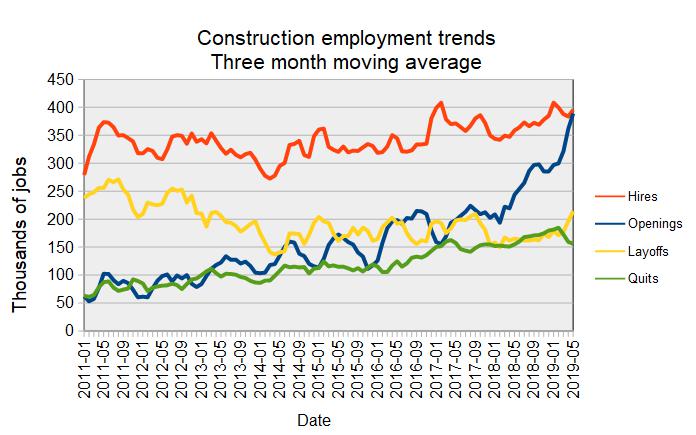