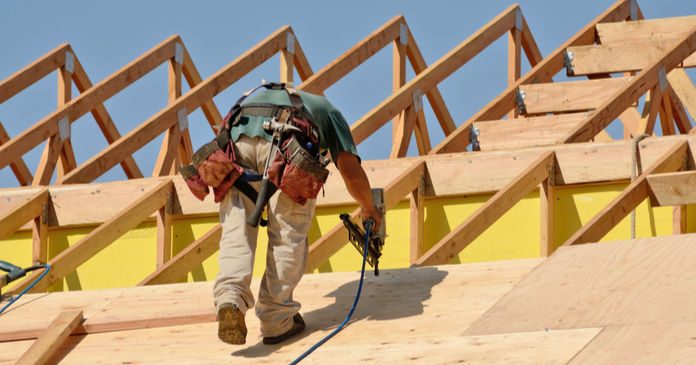 This week, the Bureau of Labor Statistics (BLS) released its Job Openings and Labor Turnover (JOLT) report for June. Its data on the parts of the jobs market of interest to the multifamily industry, real estate management and construction, show elements of both strength and weakness.

The BLS reported that there were 7.3 million job openings, both private sector and government, at the end of June. This number is unchanged since last month and again represents 4.6 percent of the labor force. For reference, the June unemployment rate came in at 3.7 percent, meaning that there were more jobs available in the economy than there were workers to fill them. Compared to year-earlier levels, total employment is up by 2.5 million jobs.

Multifamily jobs are tracked in a part of the jobs market the BLS calls “real estate and rental and leasing” (RERL), which also includes similar businesses in other industries. Revisions to the jobs data for this segment erased the slight increase in multifamily jobs reported for May last month. Preliminary data reported for June indicate that employment actually declined slightly in this sector despite a big jump in job openings.

While job openings in June were up nearly 50 percent from their levels of the previous month, they were still below the level reported for April. The lower level of openings reported for May now seems like an anomaly given the strong reports for job openings since March.

Hires and separations were nearly in balance again this month, although at a slightly higher level than was reported for May. Within separations, 61 percent of people left their jobs voluntarily while only 36 percent were fired or laid off. The remainder left for other reasons, such as retirement.

The following chart shows the employment data for the RERL jobs market for the last 13 months. Note that June data are considered preliminary and are likely to be revised next month. 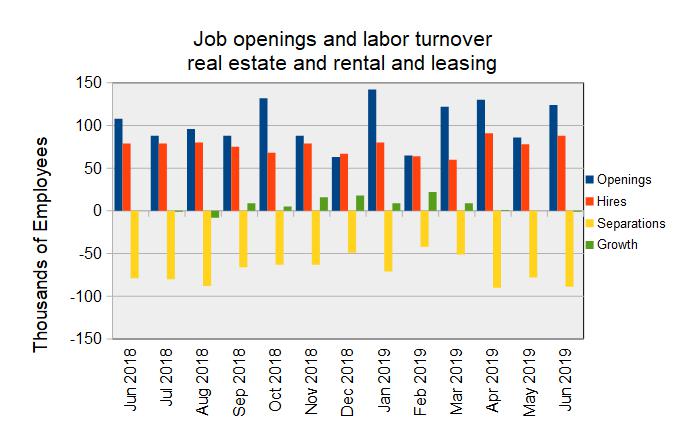 Revisions to the data reported for the construction jobs market for May resulted in the reported loss of jobs for the month being revised down slightly to only 3,000 jobs lost. Preliminary data for June show both hires and separations increasing but with hires slightly outpacing separations so that construction jobs increased by 4,000 for the month. 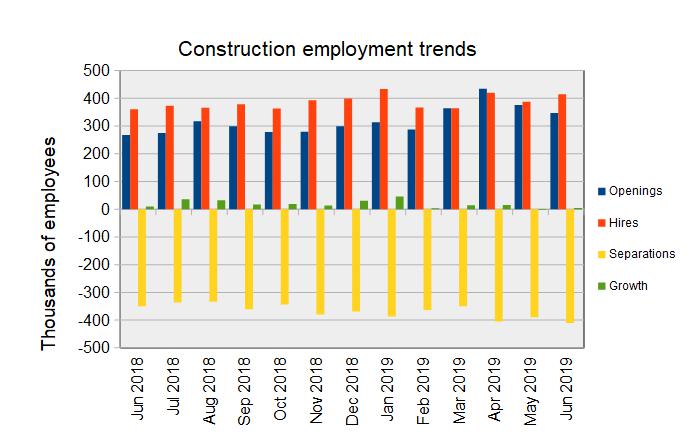 The final chart shows the long-term trends in the construction jobs market, based on three month moving averages of the figures in the JOLT reports. This chart smooths out some of the abrupt movements in the jobs data so that underlying trends are more visible. The story of this chart is the trend toward more construction job openings, particularly recently. However, the three month moving average of openings in June was down slightly from the May level, perhaps indicating that the demand for construction labor has peaked. 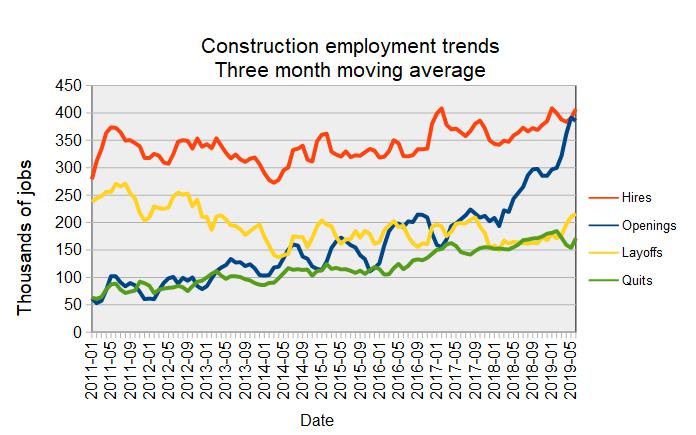