A large body of research shows a statistical link between mass public killings and serious untreated psychiatric illness. The most commonly diagnosed illnesses among mass public shooters are paranoid schizophrenia and severe depression.

Before they commit their atrocities, mass shooters leave a trail of violent outbursts, threats and dark fixations.

What can apartment managers and residents do: V.I.E.W. 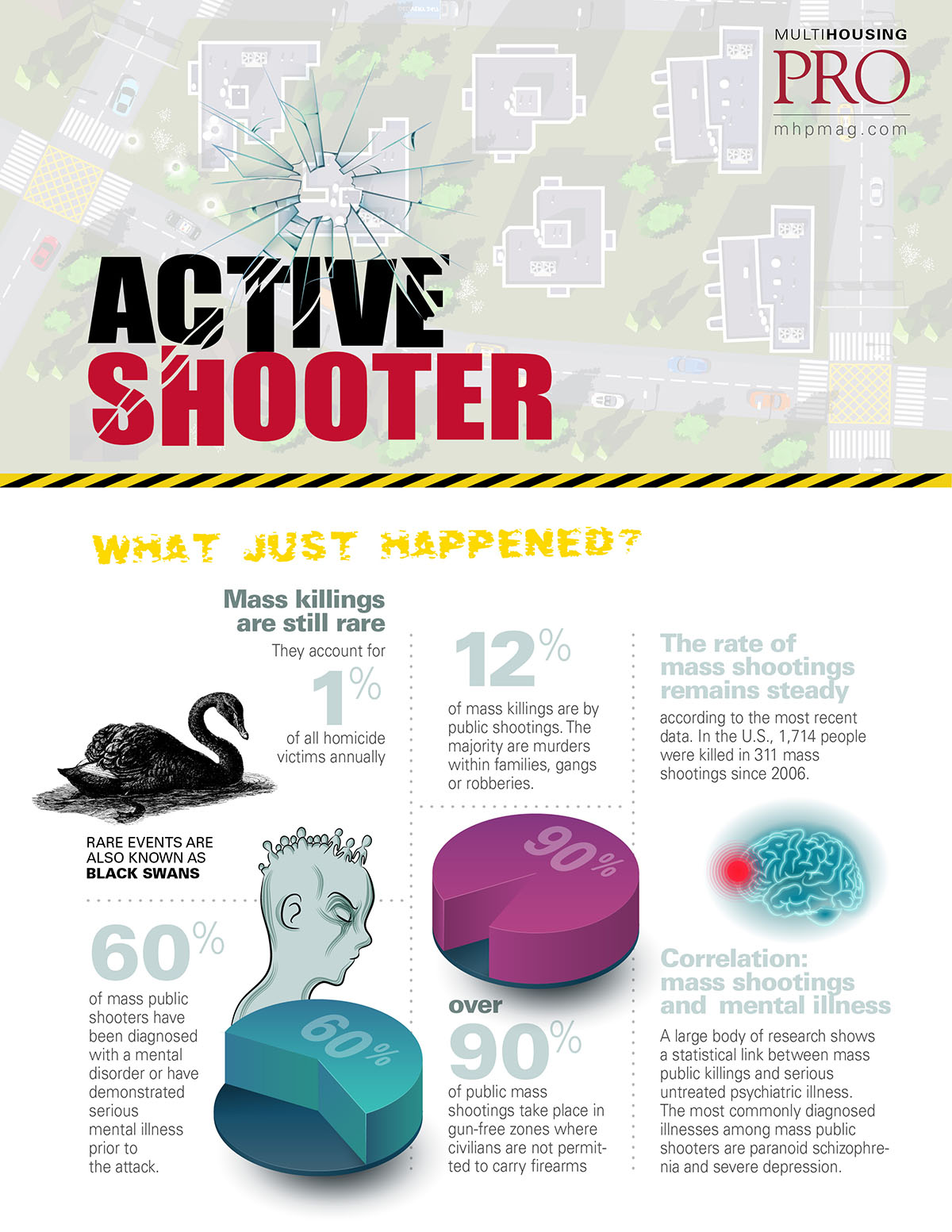 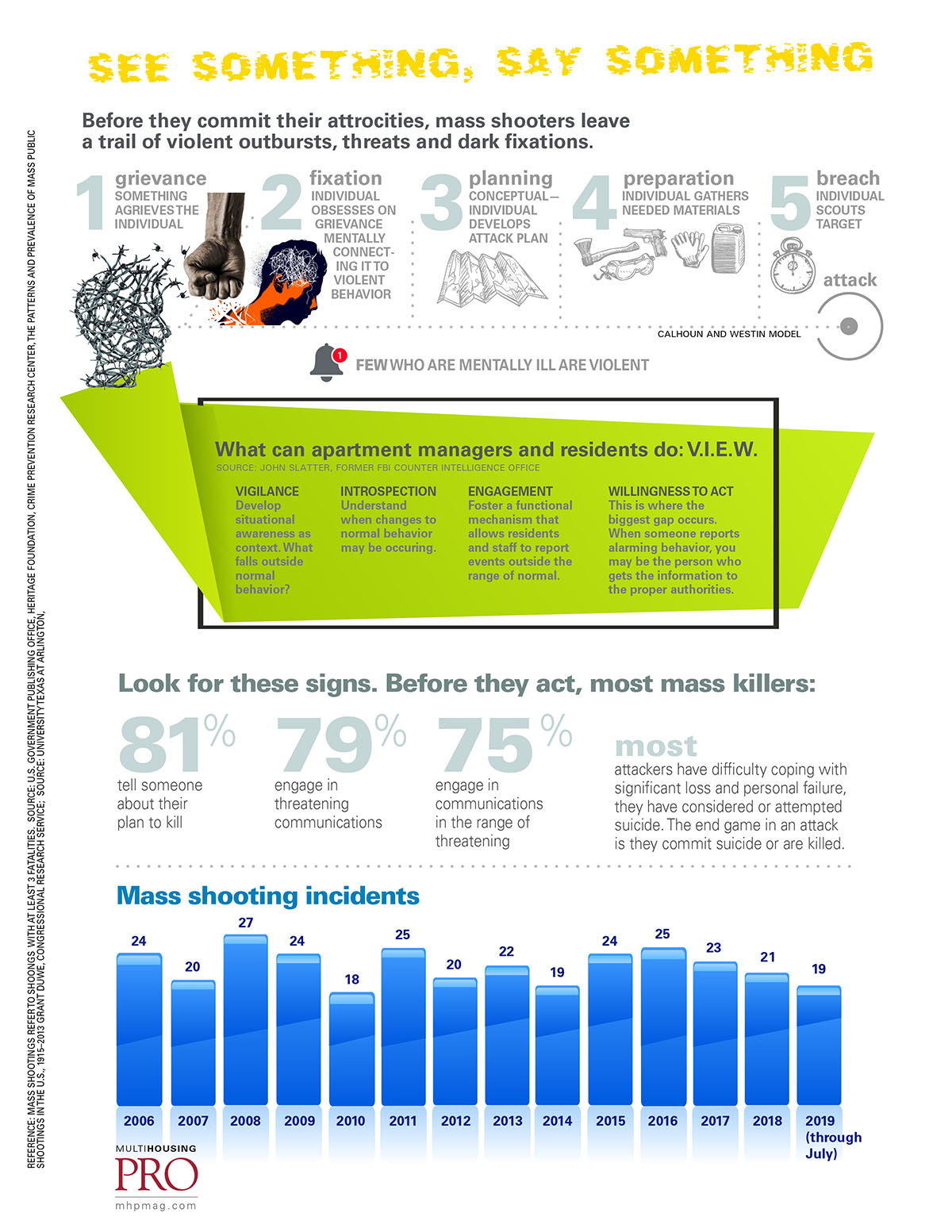 Infographic: Darkest before the light