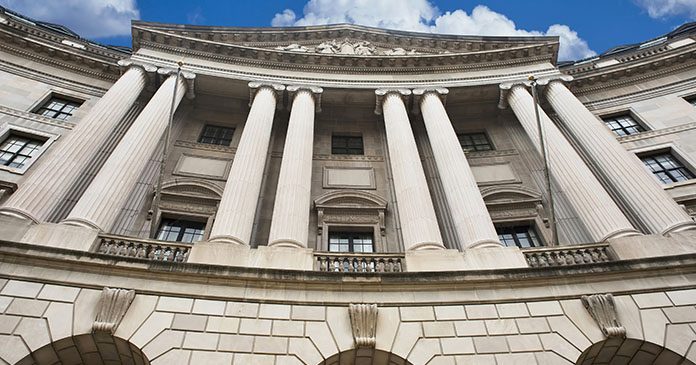 When agencies develop regulations, the law and previous executive orders require that they weigh the costs and benefits of the proposed rules, seek and respond to public input, secure OMB review of the draft rules, and eventually submit all final rules to Congress. But bureaucrats often skirt these legal requirements by issuing guidance documents—informal directives that create new policies or reinterpret existing rules in new ways, but which the agencies often enforce as legally-binding rules.

President Trump explained that the executive orders are designed to end this practice by requiring agencies to solicit input from the public on major guidance documents and by prohibiting agencies from threatening Americans with excessive fines based on mere “guidance.”

“Guidance is rulemaking without following the rules,” said Todd Gaziano, Director of Pacific Legal Foundation’s Center for the Separation of Powers. “The executive orders issued today won’t solve every problem, but they are an important step in the right direction.”

In the past, many PLF clients have encountered the injustice of regulation by “guidance.” Two of PLF’s clients were invited to attend the presidential signing ceremony today, and Andy Johnson was one of those the President asked to comment.

In 2014, bureaucrats from the Environmental Protection Agency threatened Andy with a $20-million fine for building a stock pond on his property. Even though Congress specifically exempted stock ponds from EPA regulation, the agency relied on a guidance document that reinterpreted the law.

“About five years ago when I applied for a stock pond permit for my private property, I had no idea that the EPA would come knocking at my door and threaten me and my family civilly, criminally and with a fine of $37,500 per day,” Andy Johnson said. “The fines were up to $16 million when Pacific Legal Foundation stepped in and sued the EPA on my behalf and my family. At that point, the EPA changed their attitude.” PLF eventually secured a favorable settlement with the EPA on Johnson’s behalf.

PLF has long advocated reforms of the rulemaking process like those the president signed today, and we look forward to additional reforms in Congress and the regulatory agencies to protect individual freedom.

Pacific Legal Foundation is a national nonprofit legal organization that defends Americans threatened by government overreach and abuse. Since their founding in 1973, PLF challenge the government when it violates individual liberty and constitutional rights. With active cases in 39 states plus Washington D.C., PLF represents clients in state and federal courts with 12 victories out of 14 cases heard by the U.S. Supreme Court.