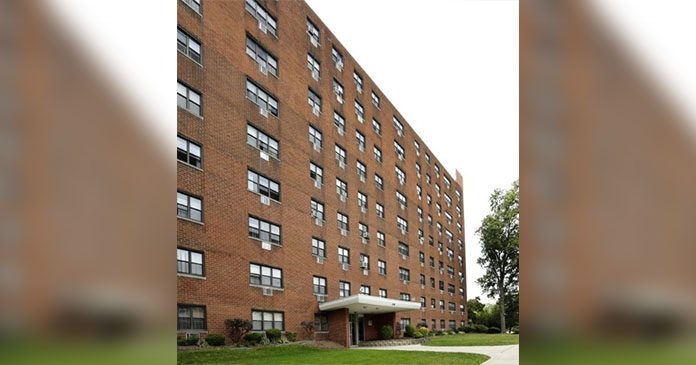 “Featuring a mix of studio and one- and two-bedroom layouts within a tree-lined residential neighborhood, Reynolds Terrace Apartments is a prime example of what today’s investors are seeking throughout the East Essex Region—a quick walk to mass transit, proximity to blue-chip employers and accessible neighborhood conveniences,” said Tragash. “Properties of this size and caliber will benefit from long-term value appreciation associated with favorable demographic patterns forecasted for the next 5 – 10+ years.”

In addition to the sale of Reynolds Terrace Apartments, Gebroe-Hammer’s market specialists recently closed three additional multifamily property sales in nearby East Orange and Newark. In total, the Livingston, N.J.-based firm has arranged seven transactions involving over 1,300 units in eight weeks throughout the East Essex submarket, which includes The Oranges and Newark as well as Irvington, Bloomfield, Nutley and Belleville.

Recent sales highlights include 35 units at 130 Chancellor Ave. ($3.15M) and 23 units ($2.675M) in the North Broadway section of Newark, as well as a two-property package at 38 S. Walnut St.($2.6M) and 12 units at 66 Lenox Ave. ($1.7M/$141,667 per unit) in East Orange. Oropeza, Tragash and Executive Vice President David Jarvis represented the seller and procured the buyer of the Chancellor Avenue property while Jarvis orchestrated the North Broadway transaction and Oropeza arranged the East Orange trades.

“In just the past decade, East Essex has evolved from its urban industrial roots to become a popular residential, business and tourist destination favored by millennial and executive-level professionals working locally or out-commuting to New York City,” explained Oropeza, who has been the firm’s urban-core market specialist since starting his brokerage career with Gebroe-Hammer 33 years ago. “The region has led—and continues to lead—the state in the rebuilding and rehabilitation of its existing housing stock. Demand is at all-time high levels for repositioning opportunities involving well-established, pre-1960s-era multifamily buildings within ‘urbanesque’ submarkets undergoing an architectural and population transformation.”

In addition to sweeping revitalization initiatives that generate value-add and development opportunities, investors are drawn to East Essex’s transit infrastructure and proximity to Manhattan, less than 10 miles away. In total, the county has three primary interstates – I-95, 78 and 80—and one auxiliary—I-280. It also has four U.S. Routes, including 1 & 9, Truck Route 1 & 9, 22 and 46. Perhaps East Essex’s most important state road is the Garden State Parkway. Rounding out East Essex’s transit options is a far-reaching NJ Transit commuter rail, light rail and bus-route network.

With a focus on urban mid- and high-rises as well as suburban garden-apartment properties, Gebroe-Hammer’s geographic areas of concentration are centered in New Jersey and extend to southeast Pennsylvania and southern New York State. The firm is widely recognized for its consistent sales performance and is a 15-time CoStar Power Broker as well as the only Northeast firm named a Multifamily Influencer for 2018. Other achievements include arranging the largest Mid-Atlantic region multifamily sale (2018); one of the nation’s top-25 single multifamily asset sales (2017); and being named among the nation’s top-25 multifamily brokers (2017).

One of the largest urban redevelopment projects financed