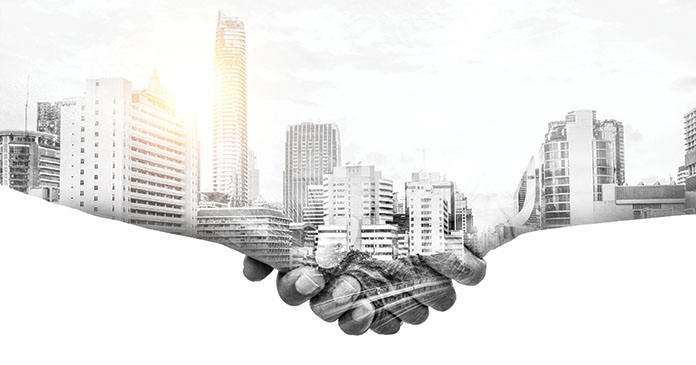 In the first nine months of 2019, multifamily sales volume has been higher than during any other comparable period in the past 10 years.

Despite concerns about potentially slowing economic growth and new rent control laws around the country, investors continue to go after apartment properties.

The volume of U.S. multifamily acquisitions in the first nine months of 2019 was higher than during any other comparable period since this expansion cycle began a decade ago. In fact, this year might set a record for multifamily sales volume, says Alexis Maltin, manager of analytics with New York City-based research firm Real Capital Analytics (RCA). Investors spent $130.6 billion on multifamily acquisitions in the first three quarters of 2019, according to RCA.

Investors continue to be drawn to multifamily properties because of strong demand that has kept rents growing and occupancy levels well above 90 percent.

“From a fundamentals demand perspective… there is still a lot of race left in the apartment markets,” says Chicago-based Brian McAuliffe, president of CBRE Capital Markets.

Developers have been unable to build enough new units of housing to match the growing number of new households. “The reason why fundamentals are so strong is that we have a housing crisis,” says John Sebree, director of the national multi housing group with brokerage firm Marcus & Millichap. 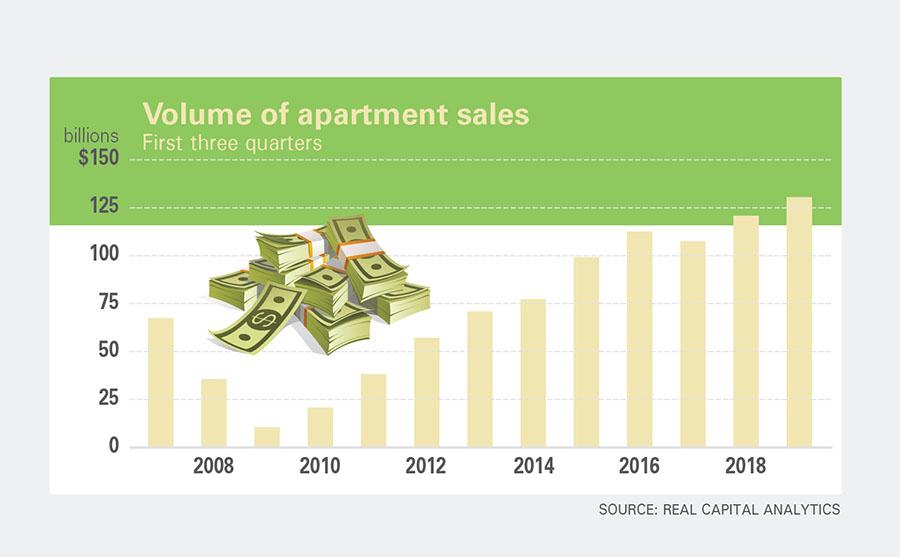 This has attracted not only experienced multifamily players, but also investors who are new to the sector, according to McAuliffe. “We get more buyers who are showing up on bid lists that are new names,” he says. But the amount of money chasing multifamily properties and the new, inexperienced investors entering the market are causing sector experts like Sebree to wonder if they are overpaying for assets.

Cap rates on sales of apartment properties averaged 5.1 percent nationally as of November, according to Marcus & Millichap data. That’s much higher than the yield on other relatively safe investments, like government bonds or dividends on S&P 500 stocks. It’s also very low compared to cap rates on other types of commercial real estate, such as single-tenant retail (6.1 percent) or multi-tenant retail (7.1 percent).

The cap rates on apartment properties are low even though the properties are now more likely to be located in riskier, smaller apartment markets. In 2010, slightly more than one-third (38 percent) of all multifamily sales valued at more than $15 million involved buildings in secondary or tertiary markets. “In 2019, that’s likely to be 60 percent,” says Sebree. “Investors are pushing farther and farther away from the urban core looking for yield… The New York investor looks in Pittsburgh and then outside of that.”

In addition, in several primary markets, including New York City and California, new rent control laws have complicated the math for apartment investors.

However, lenders have kept their standards high for how much leverage they will allow on multifamily deals, say Sebree. “A typical loan requires a 30 percent to 40 percent down payment in many parts of the country,” he says. So even an improbably steep fall in prices would not leave many loans underwater.