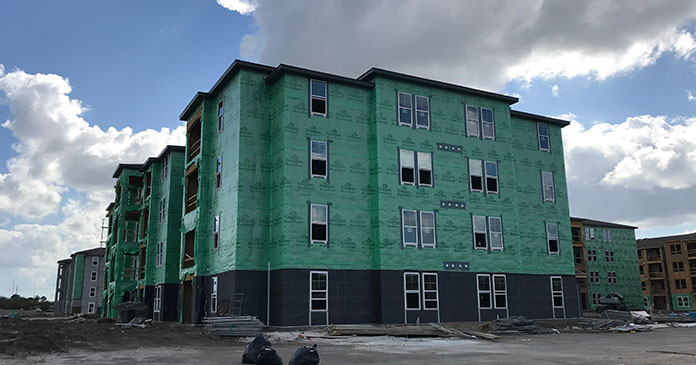 The U.S. Department of Housing and Urban Development (HUD) today announced a proposed rule that would recognize additional sets of standards and model building code editions that, when followed in the design and construction of new multifamily housing, will ensure compliance with the accessibility requirements of the Fair Housing Act.

“HUD is committed to supporting states, local communities, and the housing industry at large, in their efforts to build housing that is accessible to persons with disabilities,” said HUD Secretary Ben Carson. “HUD is happy to propose these additional safe harbors as a way to further encourage the development of housing that is open to all.”

Anna María Farías, HUD’s Assistant Secretary for Fair Housing and Equal Opportunity added: “Adopting a model building code that HUD recognizes as a safe harbor is one very powerful way for states and local governments to deliver housing opportunities to people with disabilities. With the recognition of these additional safe harbors under our proposed rule, it will be easier than ever for states and local governments to step up to the plate and do their part to support people in their communities who need homes with accessible features.”

The Fair Housing Act requires that multifamily housing built after March 1991 contain accessible features for people with disabilities. Requirements include accessible common areas in buildings and developments, usable bathrooms and kitchens, wider doors, and environmental controls that can be reached by persons who use wheelchairs. The failure to include these features in buildings constructed after March 1991 violates federal law and makes a property difficult or impossible for persons with disabilities to use.

Under the proposed rule, HUD will incorporate more recent editions of currently recognized safe harbor standards and model building codes. HUD will amend its regulations to include the 2009 edition standards of the American National Standards Institute (ANSI), as well as the 2009, 2012, 2015, and 2018 editions of the International Building Code, as safe harbors for compliance with the accessibility requirements of the Fair Housing Act.

States and local communities across the nation often adopt or adapt model building codes for enforcement within their jurisdictions to ensure up-to-date, sound standards for construction.  When fully adopting one of HUD’s “safe harbors,” state and local communities are assured that their building codes incorporate the requirements for accessible features in new multifamily housing buildings under the Fair Housing Act.

“Designers and builders of multifamily housing developments have an obligation to comply with the Fair Housing Act, particularly as it relates to accessibility,” said Paul Compton, HUD’s General Counsel. “The rule we are proposing will greatly assist them in meeting that requirement while giving state and local governments the opportunity to reduce regulatory burdens that can arise when federal, state, and local laws differ.”