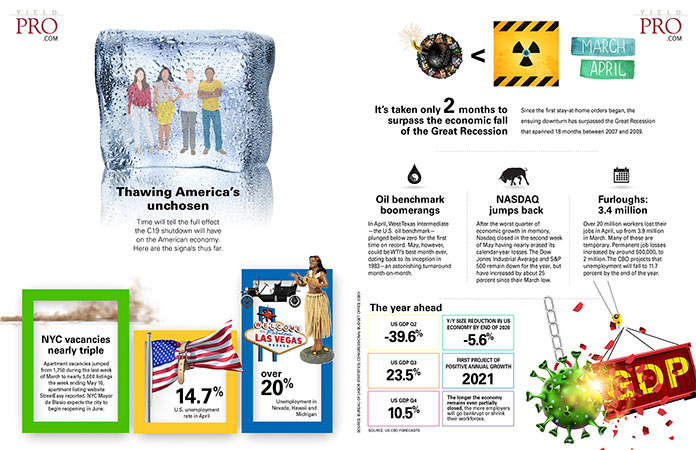 Time will tell the full effect the C19 shutdown will have on the American economy. Here are the signals thus far.

Over 20% Unemployment in Nevada, Hawaii and Michigan

Since the first stay-at-home orders began, the ensuing downturn has surpassed the Great Recession that spanned 18 months between 2007 and 2009.

In April, West Texas Intermediate—the U.S. oil benchmark—plunged below zero for the first time on record. May, however, could be WTI’s best month ever, dating back to its inception in 1983—an astonishing turnaround month-on-month.

After the worst quarter of economic growth in memory, Nasdaq closed in the second week of May having nearly erased its calendar-year losses. The Dow Jones Industrial Average and S&P 500 remain down for the year, but have increased by about 25 percent since their March low.

Over 20 million workers lost their jobs in April, up from 3.9 million in March. Many of these are temporary. Permanent job losses increased by around 500,000, to 2 million. The CBO projects that unemployment will fall to 11.7 percent by the end of the year. 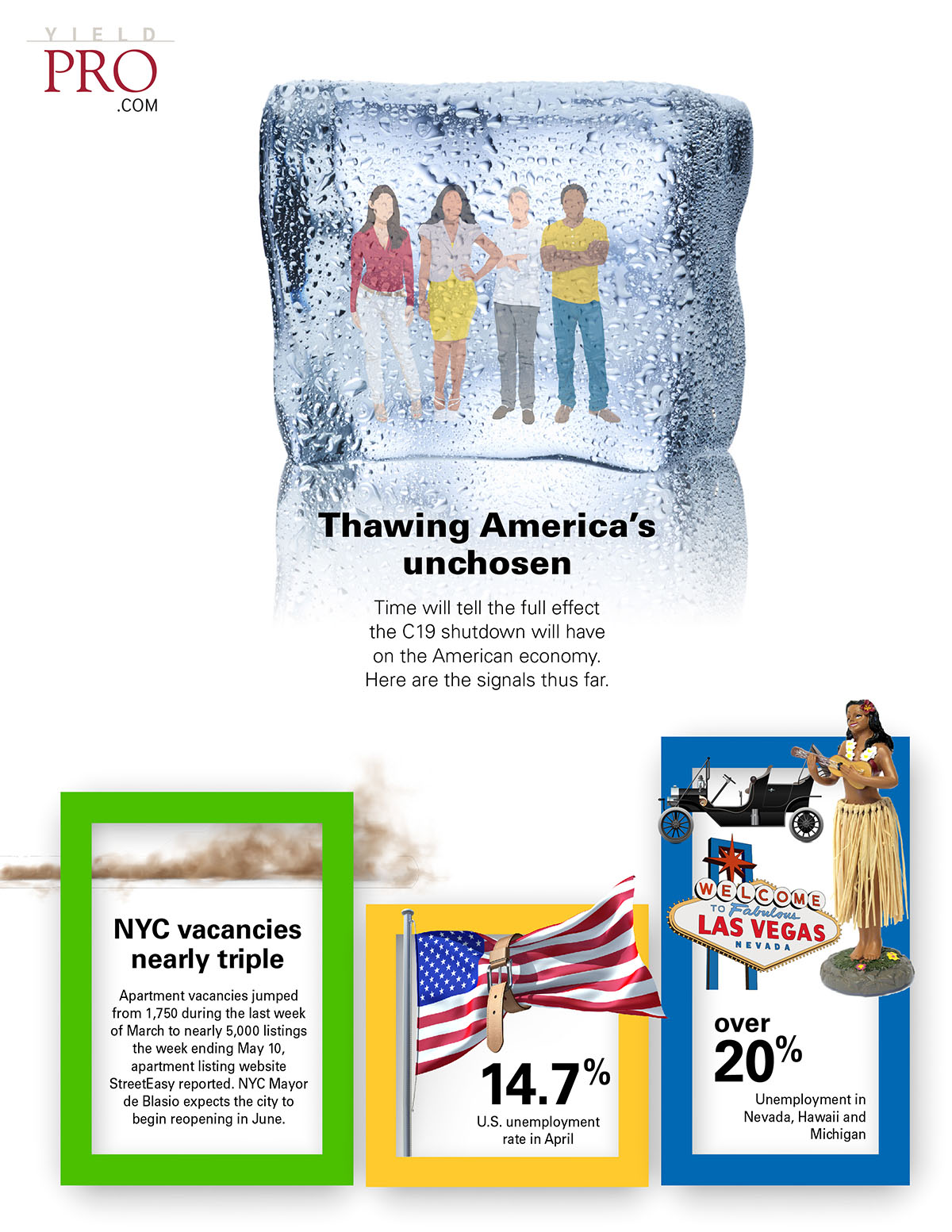 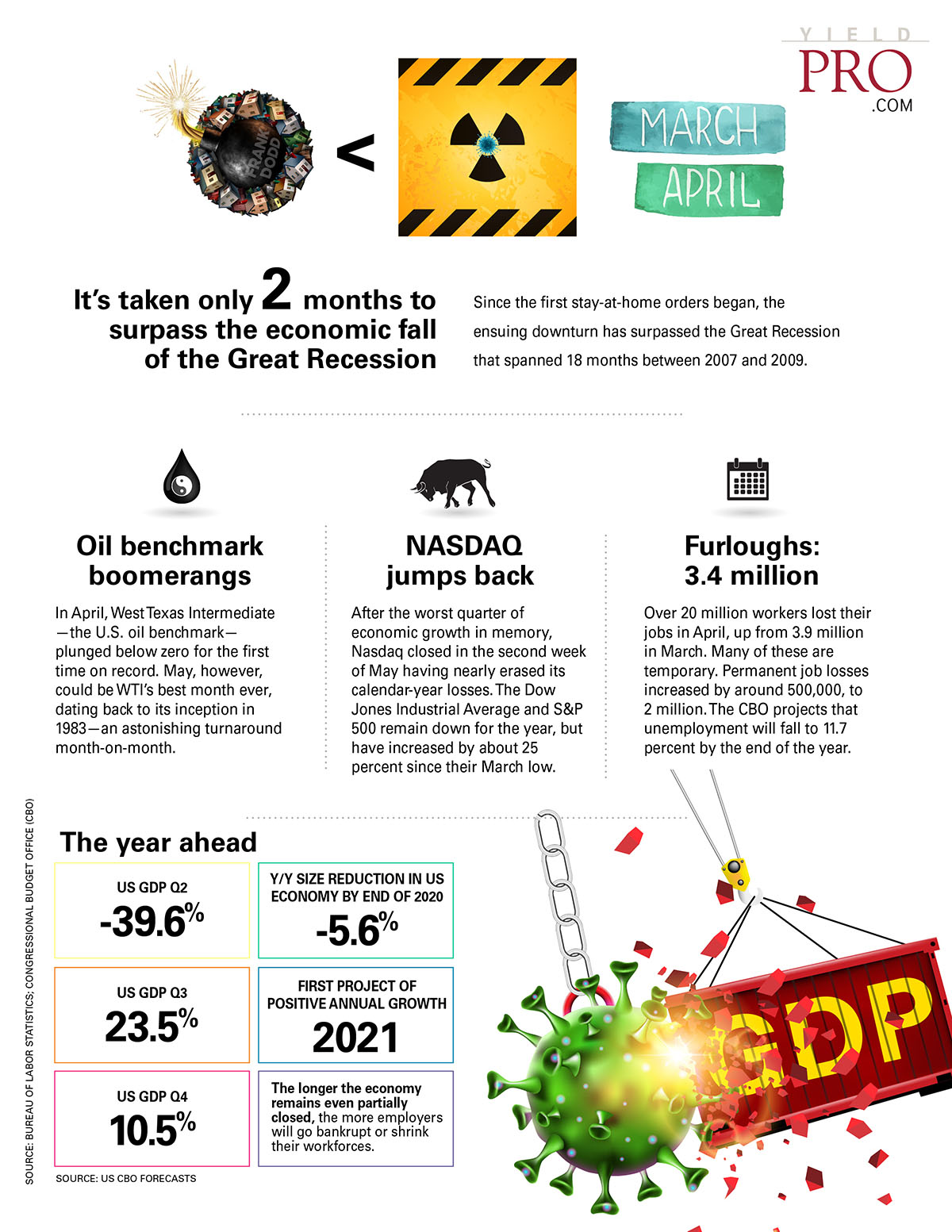