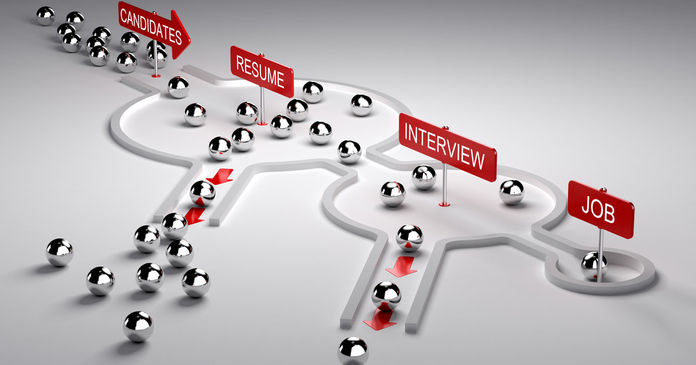 The Bureau of Labor Statistics (BLS) recently released its Job Openings and Labor Turnover (JOLT) report for May. It shows how the jobs market is responding to the economy being reopened after the COVID-19 related shutdown.

The statistics for the labor market have been setting records, both good and bad, since the COVID-19 epidemic started. This reflects the fact that the recent downturn in the jobs market was not driven by a deterioration in economic fundamentals. Rather, it was caused by government mandates designed to slow down the spread of the virus. The record job losses experienced earlier in the year are now being supplanted by record job gains. This is illustrated in the first chart, below, which shows the situation for total non-farm employment. While the net gain of over 2 million jobs for May is about 10 times the average rate of job growth in the months leading up to the COVID outbreak, it does not come close to recovering the jobs lost during the shutdown. 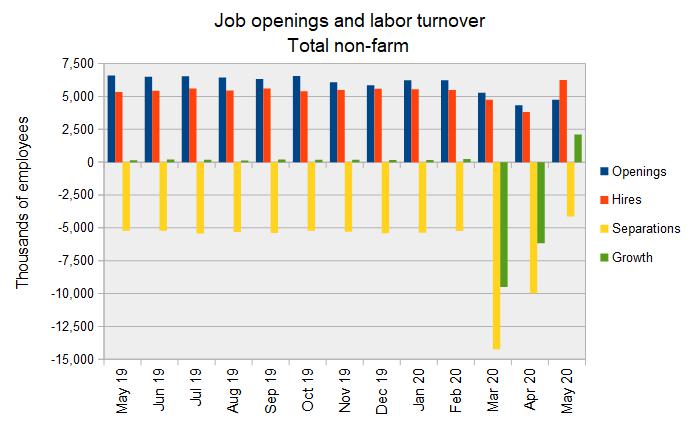 The second chart shows the situation for the construction jobs market. It has the same characteristics as the chart for total non-farm employment with large losses in March and April and large gains in May. However, the size of the jump in May hiring in construction is much larger than that for total non-farm employment. Construction hiring in May was 61 percent higher than the 2019 average while total non-farm hiring in May was only 14 percent higher than the 2019 average. This difference may be because the restrictions on outdoor jobs, such as construction, were eased earlier and more completely than were the restriction on other jobs. 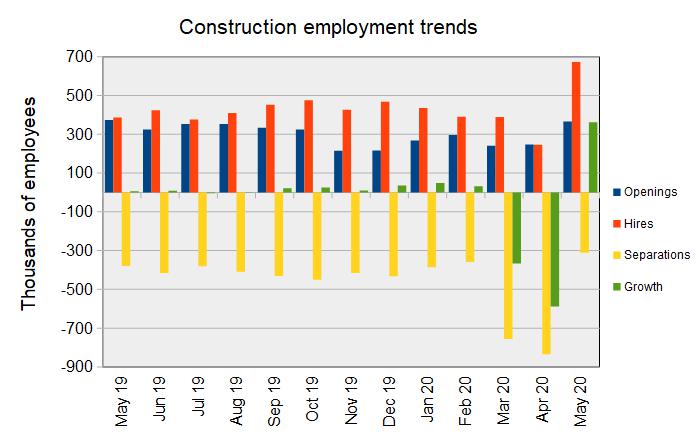 The real estate and rental and leasing (RERL) jobs category, which includes people who manage multifamily properties, was also hard hit by the shutdown with large job losses in March and April. While this segment of the jobs market also started to recover in May, the hiring rate in May was almost the same as its average for 2019, rising about 2 percent. This is a much weaker recovery than for total non-farm employment. In this job market segment, involuntary separations continued to outpace voluntary separations by a ratio of 1.7:1. Also, voluntary separations continued to fall in May, suggesting that people are hanging onto the jobs that they currently have rather than seeking new opportunities.

The performance of the RERL jobs market segment is illustrated in the final chart, below. 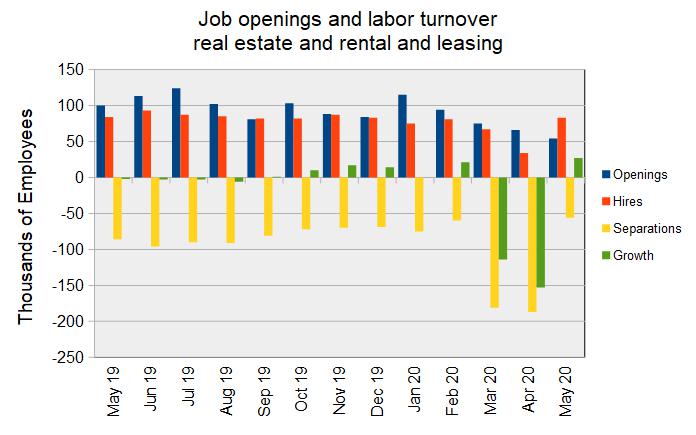