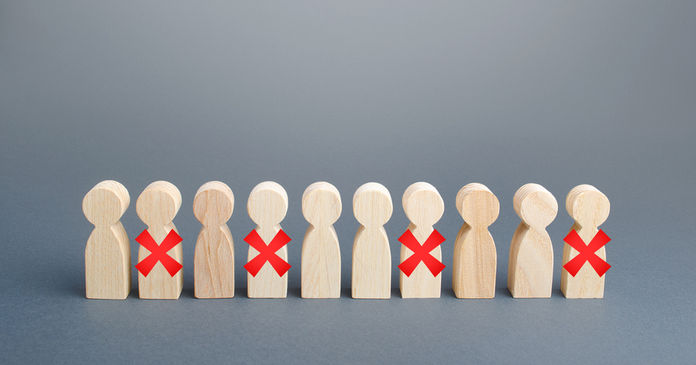 Two recent reports from the Bureau of Labor Statistics (BLS) describe the current labor situation. They are the Employment Situation Report for December and the Job Openings and Labor Turnover (JOLT) report for November. They show a stagnant labor market.

The BLS reported that the US unemployment rate remained at 6.7 percent in December, despite a drop of 140,000 in total non-farm employment. Note that the total labor force is nearly 150 million people. The labor force participation rate remained unchanged for the month at 61.5 percent of the adult population. 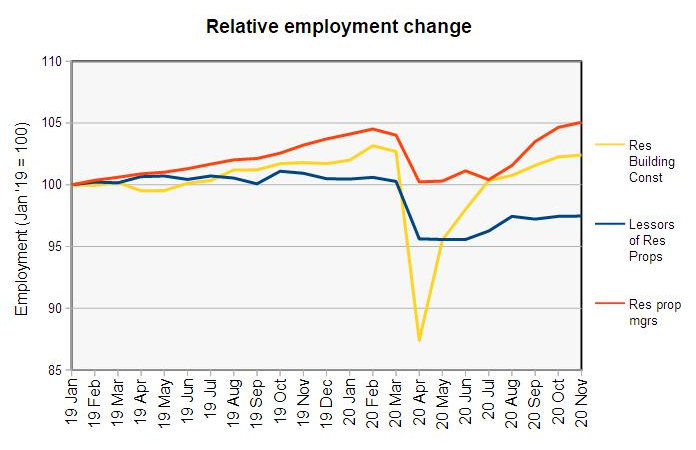 Employment for residential property managers has recovered more strongly, but less evenly, than has residential construction employment. The preliminary figure for November puts employment in this category up 0.4 percent for the month and 1.8 percent higher than its year-earlier level.

Looking at the churn

The JOLT report shows that the overall private labor market has a high number of hires and separations even in a “normal” jobs market. The net gains or losses in employment are based on small differences between these two large numbers.

The JOLT report for November showed that the slow recovery in the labor market continued during that month. This is shown in the next chart, below. 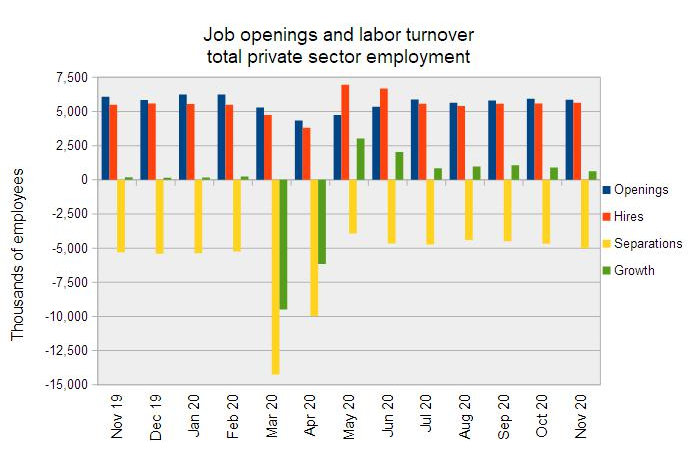 The preliminary November readings show the slowest pace of job gains since the recovery began in May. While hiring picked up from October’s level, separations increased even more. The rise in the number of separations was driven almost entirely by an increase in the number of involuntary separations (layoffs), which rose to nearly 3 million on a seasonally adjusted, annualized basis. Layoffs are up over 36 percent from the recent low they reached in September. Voluntary separations (quits) were up less than 1 percent for the month.

In November, the number of separations was up, driven by an increase in the number of quits. Quits rose from 122,000 to 146,000 on a seasonally adjusted, annualized basis, while layoffs fell slightly. Still, the construction jobs market experienced another month of job gains. The JOLT data indicate that the construction jobs market has recovered 93 percent of the jobs lost in March and April. This is shown in the next chart, below. 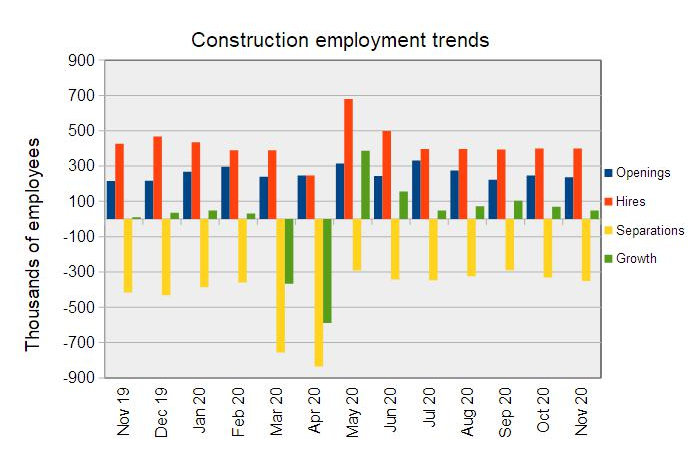 The real estate and rental and leasing (RERL) jobs market, which includes people who manage multifamily properties, experienced a sharp jump in jobs growth in November, according to the JOLT data. This is shown in the last chart, below. 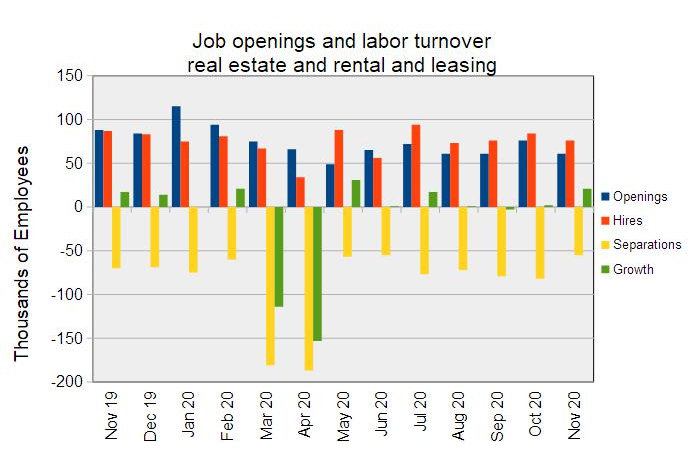 The preliminary figures for November showed that hiring was actually down in this category, but a 33 percent fall in separations caused jobs growth to turn sharply positive. Within separations, both quits and layoffs were down significantly, leading to the sharp drop. Despite the strong performance in November, the overall recovery of jobs in this category has been very anemic with nearly ¾ of the jobs lost in March and April not having come back.