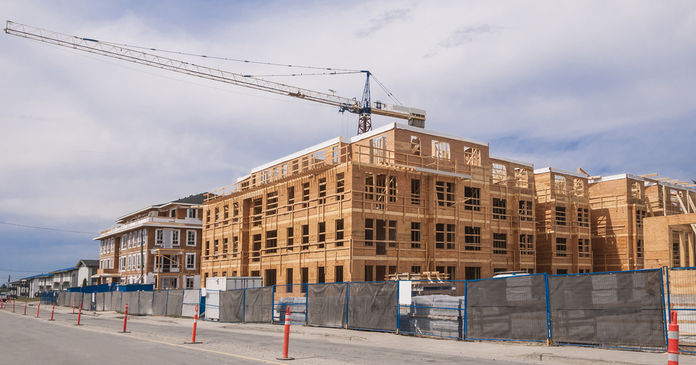 The preliminary report on total private residential spending for November 2020 came in at $658 billion on a seasonally adjusted, annualized basis. This figure, which includes spending on both new construction and also on renovations, was up 2.7 percent for the month and was up 16.1 percent from the level of November 2019.

Spending on new construction of multifamily residential buildings came in at $90 billion for the month. This was effectively unchanged from the revised spending level for October, despite the figure for October being revised down by $155 million from that reported last month. November spending on multifamily housing construction was 15.8 percent higher than the level of November 2019.

Looking at the long term

The first chart, below, shows the history of new residential construction spending, both single-family and multifamily, since January 2000. Both data sets show the rapid run-up in the value of construction leading up to the last recession and the steady recovery since then. The recent data shows the sharp downturn in construction early in 2020 as the impact of the COVID-19 epidemic began to be felt, followed by a sharp recovery. 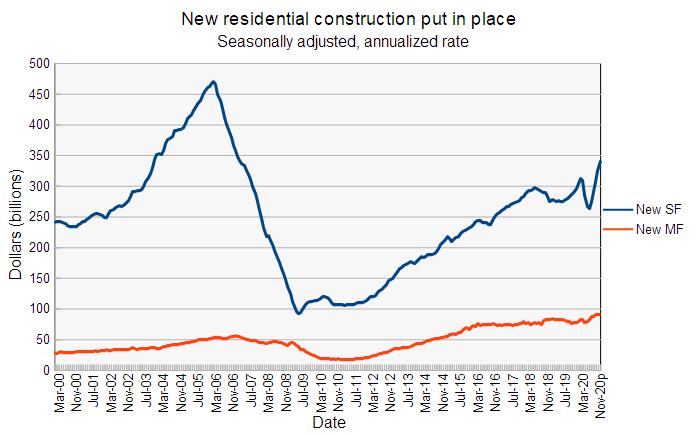 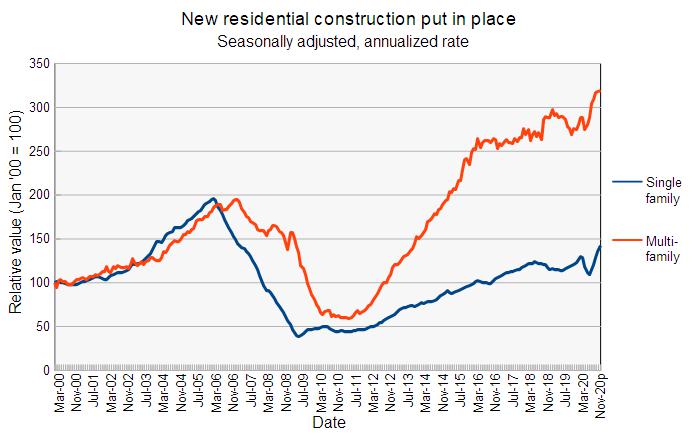