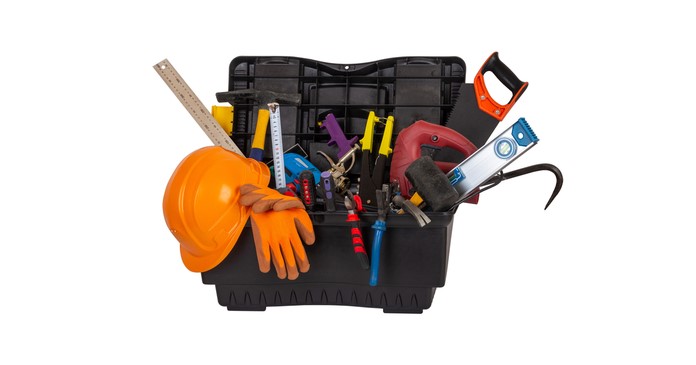 The Bureau of Labor Statistics (BLS) recently released the Job Openings and Labor Turnover (JOLT) report for March. It shows that the labor market rebounded from a rocky February to return to job growth. 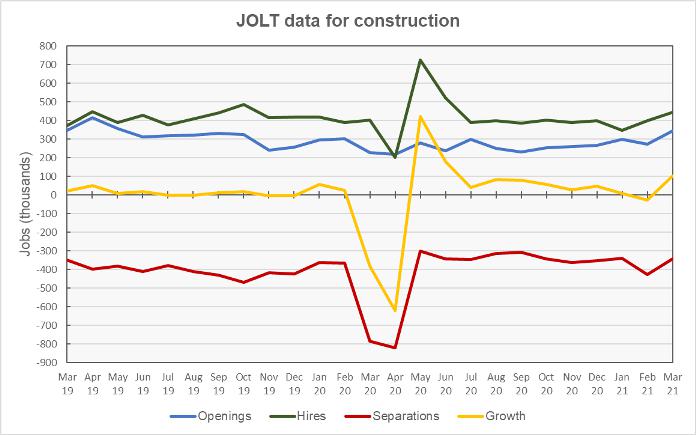 Openings for construction jobs rose 26 percent in March to 344,000 jobs. This was the highest level since May 2019. Hiring was also up during March, rising 11 percent to 445,000 jobs. A running total of jobs gains and losses since March 2020 indicates that all of the construction jobs lost during the shutdowns have now been made up.

Separations fell by 20 percent in March, driven by a 38 percent decline in layoffs. Voluntary separations rose during the month and represented 53 percent of separations, an indication that jobs are readily available to those looking to make a change. 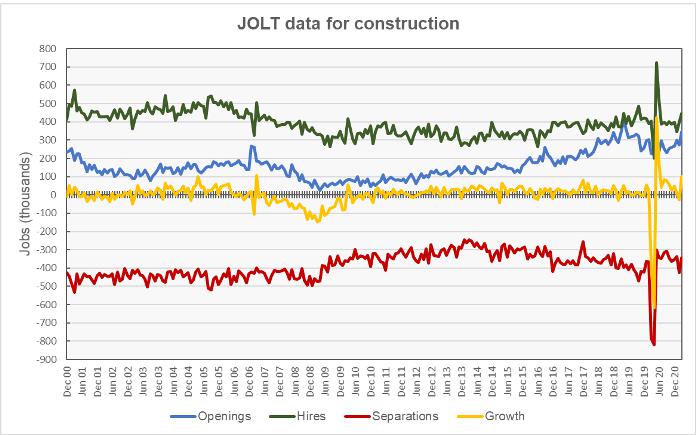 The last chart, below, shows the employment situation for the real estate and rental and leasing (RERL) jobs category. Employment growth in this jobs category also returned to positive territory in March as separations remained steady but hiring rose 18 percent to 80,000 jobs. 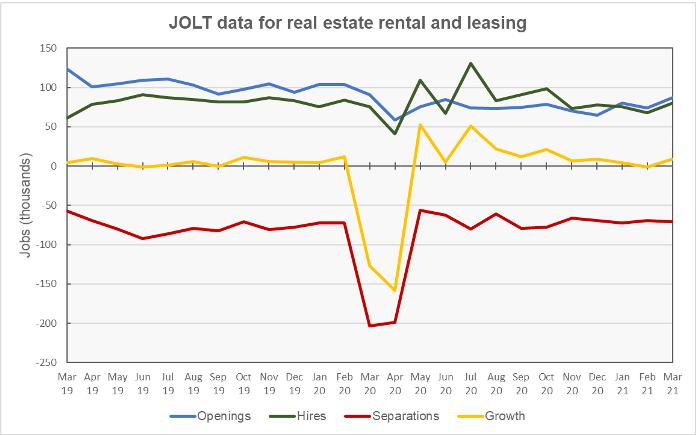 Despite the positive employment numbers for the month, the running total of jobs gains and losses since March 2020 indicates that 33 percent of the RERL jobs lost during the shutdowns have not come back.