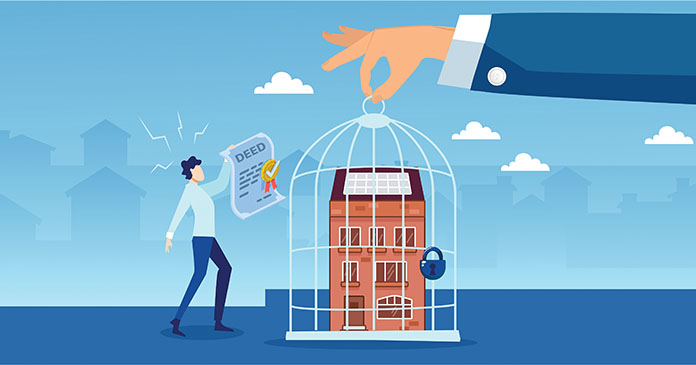 Dr. Rochelle Walensky, the Director of the Centers for Disease Control (CDC), has extended the agency’s eviction moratorium for renters until July 31, 2021. The agency says that this extension is intended to be the last.

The moratorium has been the subject of much litigation, with the courts being split as to its legality. Rulings both striking it down and keeping it in place have been issued, alternately raising and dashing the hopes of landlords.

Associate Attorney General Vanita Gupta published a letter to state courts advising them to pursue alternatives that would protect both residents and landlords. Gupta’s states that “eviction filings are expected to overwhelm courts across the country,” unless additional steps are taken.

Gupta’s letter to state courts encourages them to do everything possible to prevent or delay evictions.

At the same time the Treasury Department issued guidance for states and local governments to streamline distribution of the nearly $47 billion in available emergency rental assistance funding.

The White House added that the emergency pandemic protection—now extended multiple times—would have to end at some point without resulting in major upheaval.

“The National Apartment Association remains fundamentally opposed to the U.S. Centers for Disease Control and Prevention’s eviction order. Each passing month further escalates the risk of losing an ever-increasing amount of rental housing, ultimately jeopardizing the availability of safe, sustainable and affordable housing for all Americans. Flawed eviction moratoriums leave renters with insurmountable debt and housing providers holding the bag as our nation’s housing affordability crisis spirals into a housing affordability disaster. The CDC must abide by their promise and allow the moratorium to expire at the end of July,” said Bob Pinnegar, president of the National Apartment Association in a statement.

The National Multifamily Housing Council issued a statement which says, in part, “The continuation of a nationwide, one-size-fits-all, federal eviction moratorium is out of step with the significant progress made in controlling COVID-19 and restoring the economy. Instead of this blanket federal policy, this pandemic has already shown that targeted, efficient relief works. Notably, in a statement announcing the extension, the CDC has indicated that this extension will be the last.”

The CDC’s eviction moratorium comes with limitations. Renters seeking its protection have to declare under penalty of perjury that they had made their best efforts to obtain governmental assistance in paying their rent, that their inability to pay their rent was due to substantial loss of income or medical expenses, that they had made their best efforts to make partial rent payments and that eviction would leave them homeless or forced to live in close quarters with others. The moratorium also has income limits on the renters to whom it applies.

There are at least six prominent lawsuits challenging the authority of the CDC ban. So far, three judges have sided with the ban and three have ruled against, with all cases currently going through appeals.

One judge in Memphis declared the CDC order unenforceable in the entire Western District of Tennessee, and the U.S. District Court in Washington struck down the moratorium in May.

The judge in the District Court in Washington agreed to stay the case after the Justice Department filed an emergency appeal. The landlords in the case have filed a request to vacate the stay with the Supreme Court.