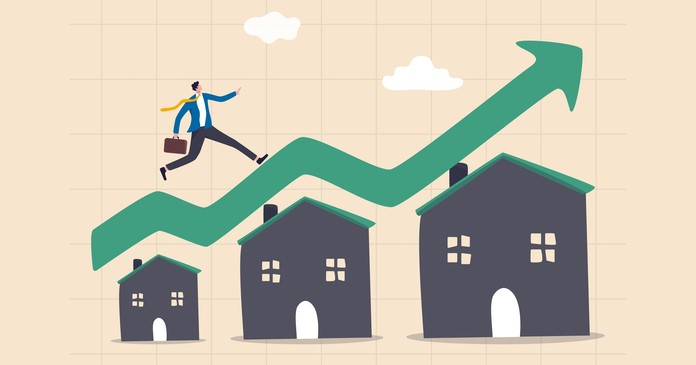 Real Capital Analytics tracks an index they call the Commercial Property Price Index (CPPI). The index is computed based on the resale prices of properties whose earlier sales prices and sales dates are known. The index represents the relative change in the price of property over time rather than its absolute price.

Prices rise in May

In addition to the 10.1 percent price gain on a year-over-year basis, RCA reported that multifamily property prices in May were up 1.2 percent for the month. This compares to a 0.8 percent monthly and an 8.9 percent annual price increase for all commercial property types taken together.

Multifamily had the highest price appreciation of the four commercial property types tracked by RCA. The recent leader in price appreciation, industrial properties, recorded a 9.5 percent price gain over the past 12 months. Office buildings within central business districts were again the worst performing sector with a price decline of 5.5 percent over the year. However, pricing strength for suburban offices caused prices to rise 2.9 percent year-over-year for all office buildings considered as a single asset class.

The long and the short of it 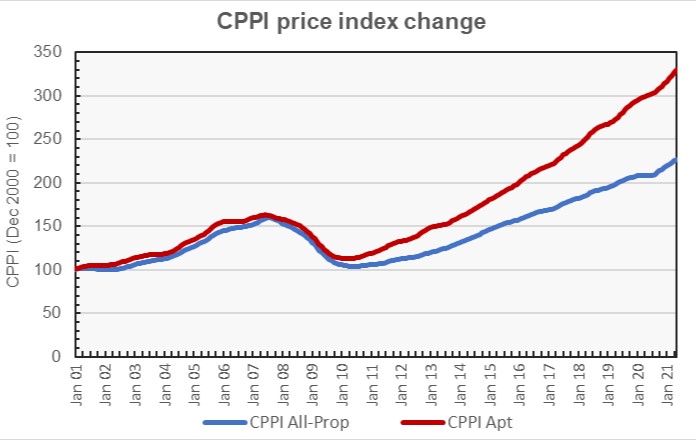 The second chart, below, takes the same data but plots it as the month-over-month change in the values of the indices. It also looks at a smaller time-period so that recent pricing trends are easier to see. The general pattern is for the rate of increase in apartment prices to reach a low point in the winter, often around January. The rate of price appreciation then rises through the spring and summer before declining again. 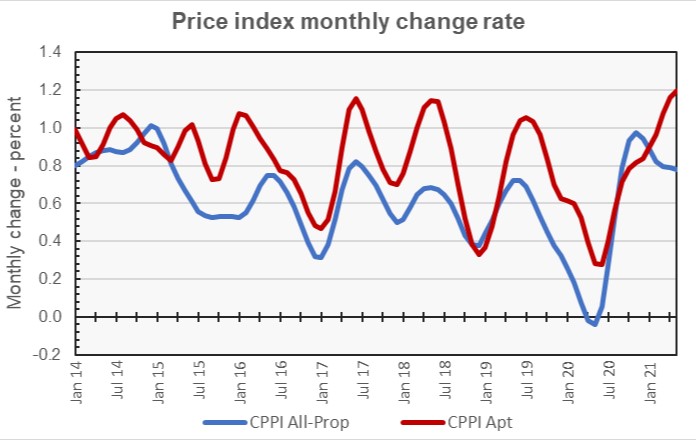 The year 2020 broke from that trend as the rate of price appreciation fell through the spring and summer. However, multifamily property prices overall did not fall. This was not the case for all commercial property as-a-whole, whose price growth turned negative in April and May of 2020.

It is interesting that the other year within the time range of this chart that broke from the usual trend is 2016. It is possible that the pricing softness for commercial property during the summer of that year was driven by the uncertainty surrounding the presidential election which took place that fall.

The RCA report provides data comparing the price changes of commercial property in 6 major metro areas* against those in the rest of the country. It does not separate out apartments from other commercial property types in this comparison. The next chart, below, shows the long-term pricing trends for the major markets and for other markets tracked by RCA. Pricing for the two sets of markets diverged after 2006, although the chart shows some convergence recently. 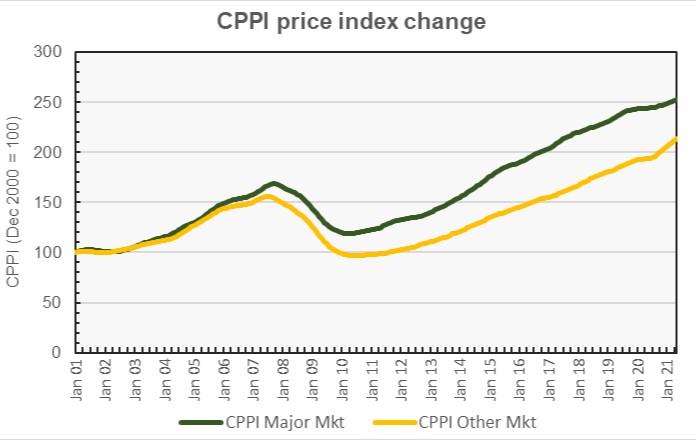 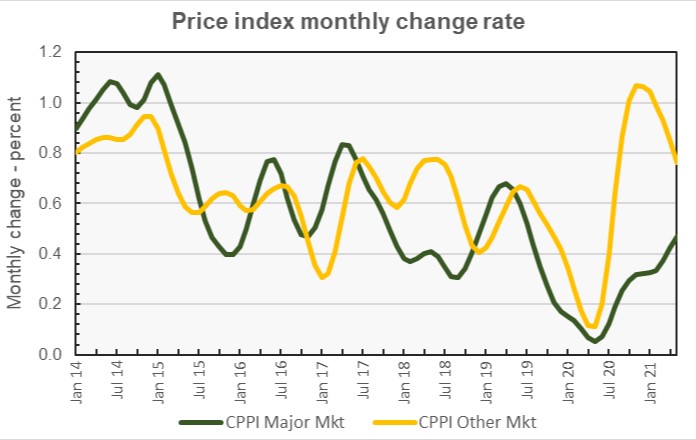