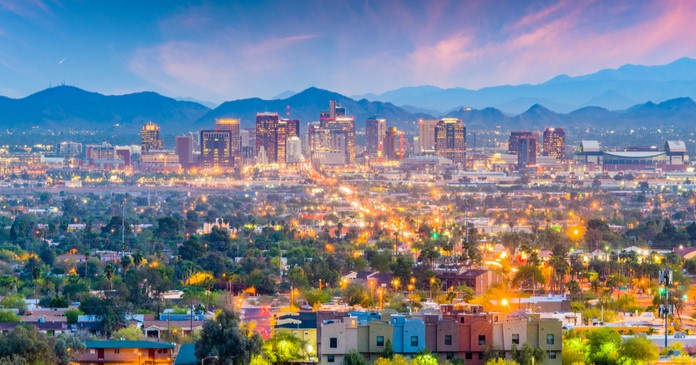 The latest rent report from Yardi Matrix shows accelerating rent growth for the country as-a-whole in June, with SFR rents outpacing those of multifamily.

Yardi Matrix reported that the national average apartment rent rose $23 in June to $1,482 per month. The $23 monthly increase is nearly double that recorded last month, which itself had been the largest dollar amount increase Yardi Matrix had seen since they began tracking the data. The national average rent was up 6.3 percent from its year-earlier level.

Working back to growth

Of the top 30 metros, the ones with the largest annual apartment rent declines as ranked by Yardi Matrix are given in the table, below, along with their annual rent changes. The recent trend of the gateway metros seeing the largest rent declines during the pandemic continued this month.

All of the metros listed in the table above experienced a loss of jobs year-over-year, based on 6-month moving averages. The losses ranged from 2.2 percent to 5.7 percent. Almost all of them also had completions of new units of 2 percent or more of existing stock.

The major metros with the largest year-over-year apartment rent growth as determined by Yardi Matrix are listed in the next table, below, along with the year-over-year rent increases given for the metros.

The report found that the month-over-month rent changes for all of the top 30 metro markets was positive in June. Their monthly rent growth varied between 0.6 percent (Twin Cities) and 2.5 percent (Tampa) with an average of 1.9 percent.

Rather than discussing multifamily housing in terms of Class A through Class C product, Yardi Matrix categorizes properties as either appealing to renters by choice (lifestyle) or to renters by necessity. Since 2011, rates of rent growth in the renter by necessity asset class, which generally have lower rents, has outpaced that in the lifestyle asset class. That pattern was broken this month as the average rent growth in the lifestyle asset class in the top 30 metros reached 7.2 percent while that in the renter by necessity asset class was only 6.3 percent.

One of the factors that Yardi Matrix identified as driving rent increases in the lifestyle asset class is migration. People moving from high priced metros to metros with lower rents find that they can afford a higher class of product in their new metro. This increases demand for these units, resulting in higher rents. The top 4 metros for rent growth were cited as examples of this effect.

Yardi Matrix reported on the top 30 metros for single family rentals. The leading metros for year-over-year rent growth were Tampa (31.3 percent), Phoenix (23.9 percent) and Miami (23.6 percent). All of the metros covered except for Orlando, Houston and Los Angeles saw positive rent growth for the year.

Only 6 of the top 30 metros experienced year-over-year occupancy declines in May (Yardi Matrix seems to report SFR occupancy with a month lag from the rent figures). They were Orlando, Denver, Philadelphia, Seattle, Houston and Austin.