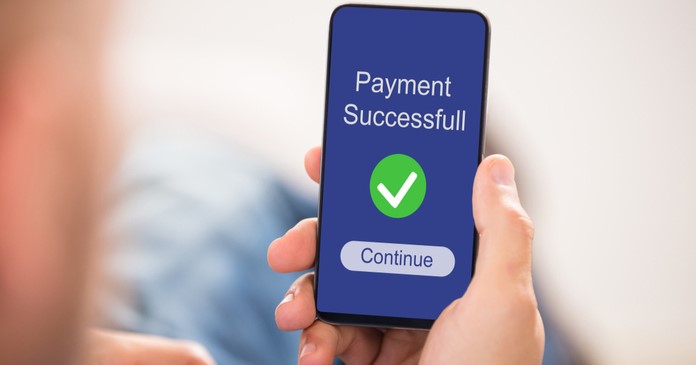 The week 34 release of the Census Bureau’s Pulse Survey shows that the portion of renters who are behind on their rent payments is down slightly over the last month. In addition, the NMHC rent payment tracker reported that 80.2 percent of renters made at least a partial rent payment by August 6, up from the 76.5 percent who had made a payment by July 6.

The Pulse Survey is an experimental program that the Census Bureau has been running to assess how the population of the country is reacting to the fallout from COVID-19. The current survey, designated Week 34, collected data from July 21 through August 2. The renter portion of the survey covers renters of both multifamily and of single-family properties. 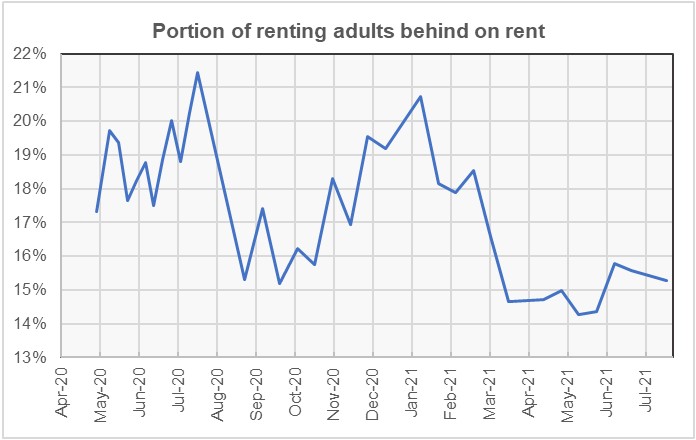 From the beginning of the Pulse survey until July 2020, respondents were able to report that their rent was deferred, but this possible answer was eliminated from more recent surveys. In preparing the chart, those answering that their rent had been deferred were included with those who reported as being behind on their rent. Also, people reporting that they occupied their dwelling without paying rent, which has varied between 4.5 percent and 6.9 percent of respondents, were not included in calculating the portion of renters who are behind on their rent.

The chart shows that the portion of renters who are behind on their rent is down significantly from the levels reached earlier in the pandemic. The portion behind ticked up from the low of 14.3 percent reached in mid-May to 15.8 percent in mid-June but has trended down since then.

The NMHC rent tracker recently reported that 94.9 percent of renters at 11.7 million professionally managed apartments had made at least a partial rent payment for July by the end of the month. This was down from the 95.6 percent of renter who had made a least a partial payment by the end of June. Note that, making a partial payment does not mean that the renter is current. The rent tracker data for both end-of-month payment rate and 6th-of-month payment rate is shown in the next chart, below. 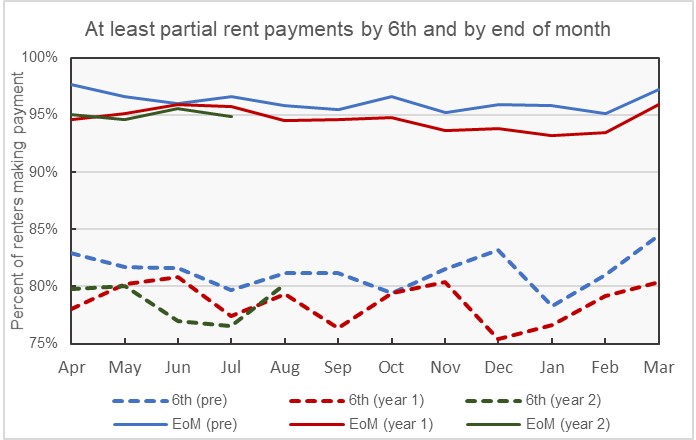 The chart plots the data from April through March. This is because April is when the effects of the pandemic and the related lockdowns were first felt, so the chart shows COVID years rather than calendar years. Data for the 12 months pre-COVID are included and well as data for the months since the start of the pandemic.

The Pulse Survey asked a series of questions to determine the characteristics of the different households responding to the survey. One question was how many people are in the household. The responses are shown in the next chart, below. The bars show the percentage of respondents within a particular category (current or not current on rent) who responded a certain way. 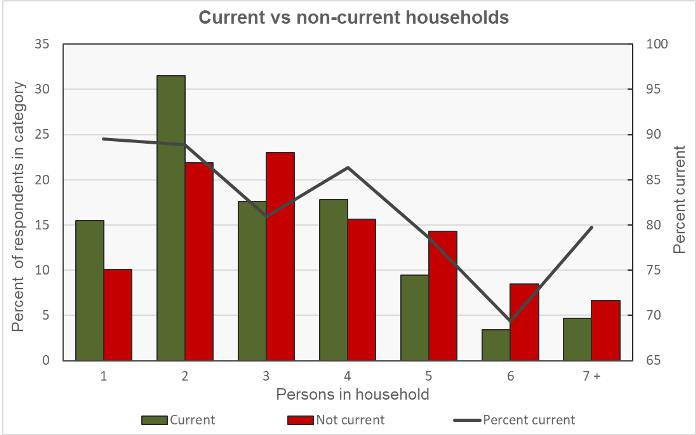 What the chart shows is that households with more people are generally more likely to be behind on their rent. The seven-person household is an exception to this rule. This may be due to this category having more working adults in the household relative to the number of children, but the data is not available on this point. 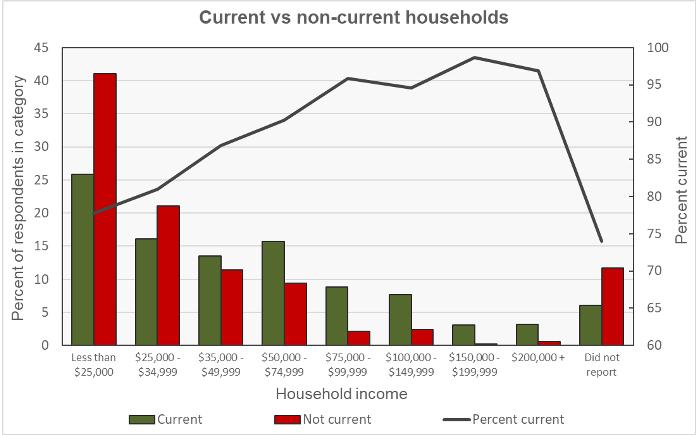