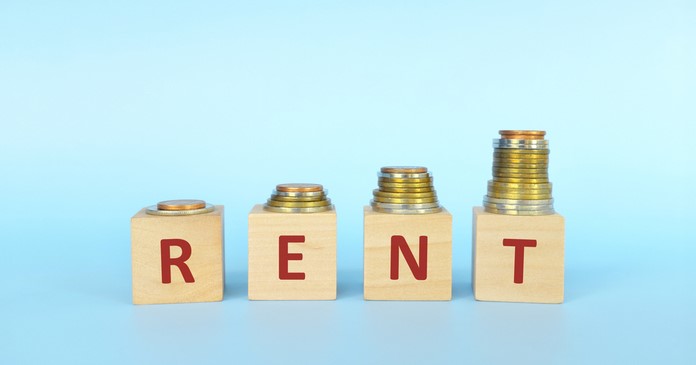 The latest rent report from Apartment List shows strongly positive rent growth for the country as-a-whole. Rents were up month-over-month and year-over-year in all of the 50 largest metro areas.

The first chart, below, shows the annual pattern of rent growth for the years for which Apartment List has data. While the data set only includes 4 prior years, the chart makes the unusual size of this year’s rent increases very apparent. 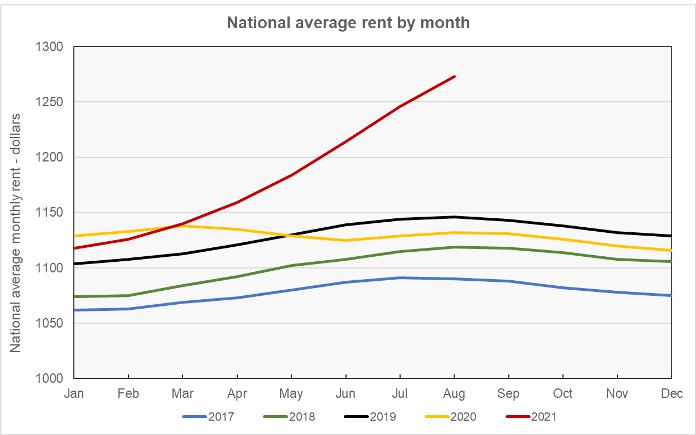 Apartment List cites the falling vacancy rate as a key factor in the recent surge in rents. This, in turn, is being driven by the pandemic-related changes in the number of US households. Early in the pandemic, the number of households fell as people consolidated their housing in response to the shutdown of the economy. Recently, the number of US households has risen to a record level in response to the economy reopening. The recent trends in vacancy rate and median rents are shown in the following chart reproduced from the Apartment List report.

The metros in the top 50 by population with the largest year-over-year rent increases are listed in the next table, below. Fast growing sunbelt cities are well represented in this table. A notable thing about the data for these metros is that their rates of rent growth are much higher than those in the table above despite their median rent levels also being higher in many cases. Also notable is that the difference between rates of rent growth in the core cities of the metros are generally much smaller than those of the metros listed in the first table.