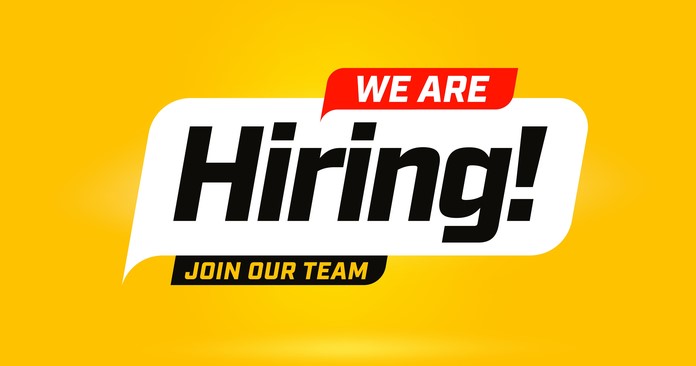 The Bureau of Labor Statistics (BLS) recently released the Job Openings and Labor Turnover (JOLT) report for August. It reported that the number of job openings fell slightly but remained at a high level. 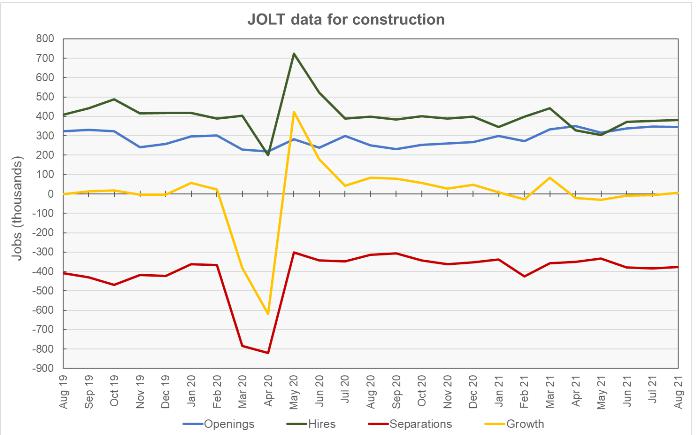 Hiring was reported to be up 4,000 jobs in August, but hiring was only higher because of the downward revision in the hiring figure from the month before. The reported increase in hiring for construction jobs was 4,000 jobs, or 1 percent of employment, at 381,000 jobs.

Construction jobs separations were reported to fall 7,000 jobs, or 1.8 percent, in August to 376,000 jobs. Quits were effectively unchanged at 199,000 jobs while layoffs fell by 5.8 percent from July’s revised figure (10,000 jobs) to 159,000 jobs. “Other separations” which includes retirements and transfers, were reported to be unchanged from July’s revised figure (+3,000 jobs) at 18,000 jobs. Quits represented 58 percent of separations for the month.

The last chart, below, shows the employment situation for the real estate and rental and leasing (RERL) jobs category. Employment growth in this jobs category has been positive every month since May 2020 with the exception of February 2021 when 1,000 jobs were reported to be lost. 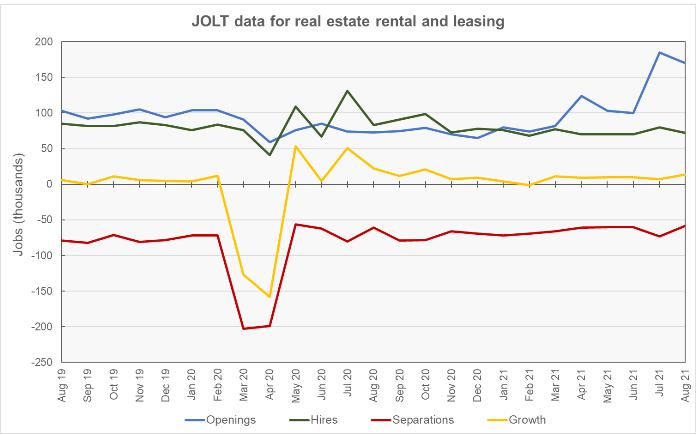 The number of job openings in the RERL category remained elevated in August at 170,000 jobs. This was down 8 percent for the month (-15,000 jobs), but was still up 53 percent compared to the trailing 6-month average.