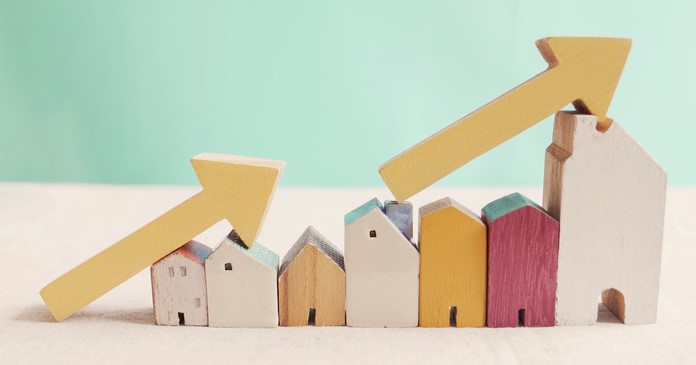 Rents up across the board

While the figures for year-over-year rent growth may be boosted by the relatively weak performance for rents last year, the growth in rents since March has been extraordinary. This is illustrated in the first chart, below, which plots the national average rent data from Apartment List for the last 5 years. 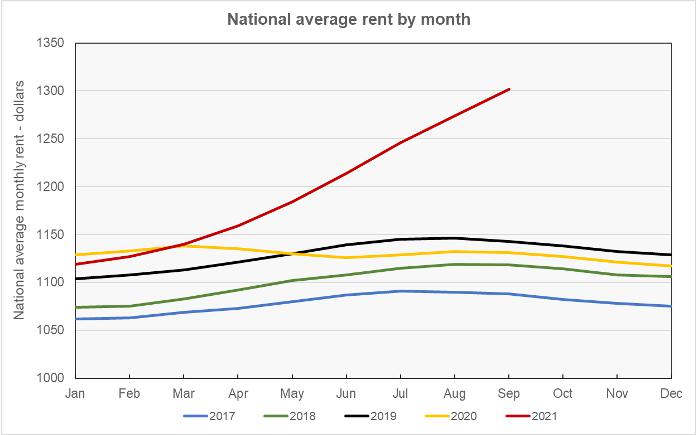 Although rents are often softening during this time of the year, that has not been the case this year. Both Yardi Matrix and Apartment List point to declining vacancy rates as driving rent growth. However, they also state that the recent decline in vacancies may have run its course, with occupancy remaining constant, or even falling in some markets. This may temper the rate of rent growth in the coming months.

The metros with the largest annual rent increases as ranked by Yardi Matrix are given in the table, below, along with the annual rent changes given for the metros in the two reports.

While both reports show similar trends, the size of the rent increases reported vary both because of differences in how the two reports define the boundaries of the metro areas and also because the property sets covered by the reports are different. Yardi Matrix focuses on professionally managed rental property while Apartment List seeks to also include rental property managed by smaller operators.

The Yardi Matrix report looks at two classes of rental properties: lifestyle (renter by choice) properties and renter by necessity (workforce) properties. In recent years, rents have grown more rapidly for the latter category of properties. That trend has reversed since the easing of the pandemic, with rents increasing at a higher rate in the lifestyle asset class despite that asset class generally having higher rents. That pattern continued in September with the annual rent growth rate of lifestyle properties outpacing that of renter by necessity properties by 13.4 percent to 9.5 percent.